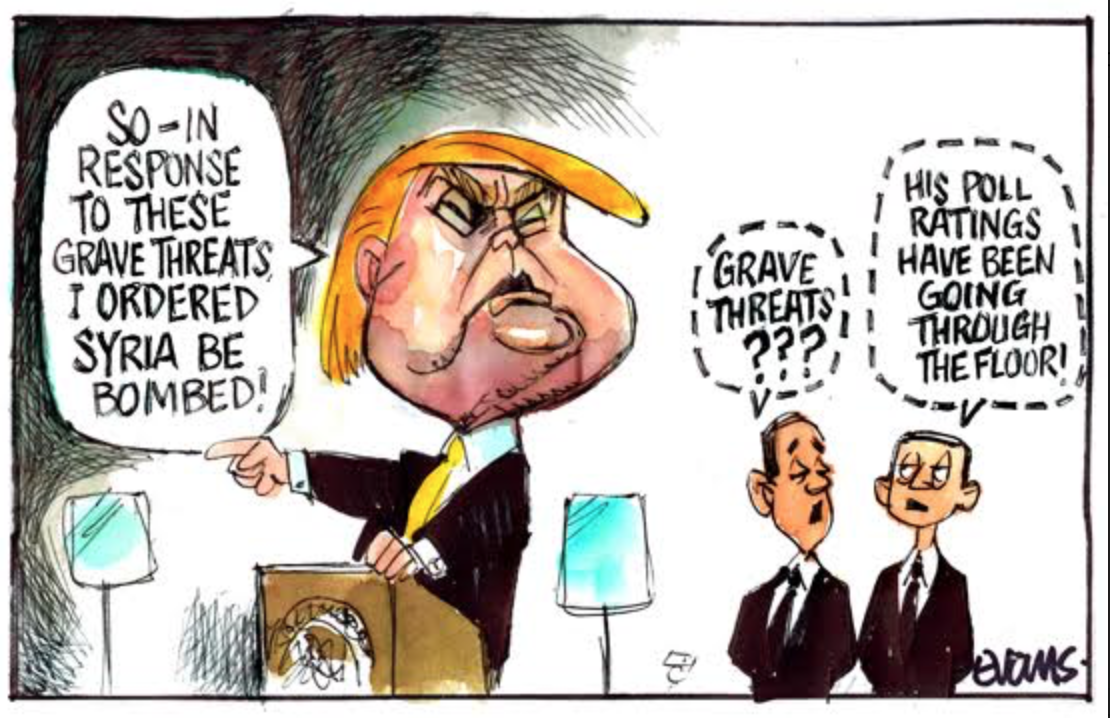 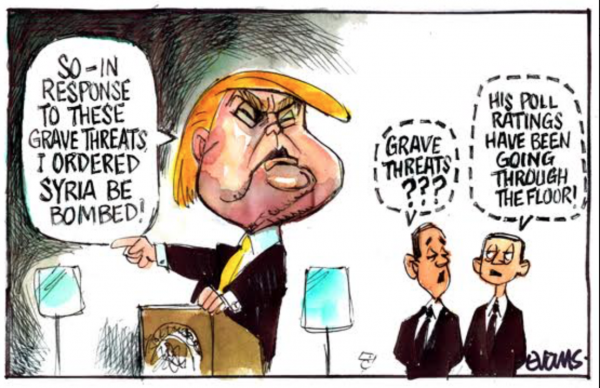 There is a propaganda war raging online between people who claim Assad gassed his own people in Syria and those who argue that America gassed them to justify an escalation in Syria.

Here’s what I think.

1: Assad is a butcher and murderer who has tortured to death tens of thousands of his own people, and if he wasn’t responsible for this gas attack he sure as hell is responsible for many other actions that amount to war crimes.

2: America has every capability and manipulative intent to have set Assad up. They have a track record of deception, lies and false flag operations to justify military intervention in the past and I’m sure under Trump that can only multiply.

3: Almost every other player in this regional war is actively attempting to manipulate America into escalation.

Did Assad order the gas strikes? I don’t know.

Did America set him up? I don’t know.

Did a third player like Saudi Arabia or Israel concoct the attack to trick America into escalation? I don’t know.

When there are so many vipers involved in a regional war like Syria, I think anyone claiming to know for sure what is going on is either incredibly clever or garden variety dumb.

Syrian militias armed by different parts of the U.S. war machine have begun to fight each other on the plains between the besieged city of Aleppo and the Turkish border, highlighting how little control U.S. intelligence officers and military planners have over the groups they have financed and trained in the bitter five-year-old civil war.

The fighting has intensified over the last two months, as CIA-armed units and Pentagon-armed ones have repeatedly shot at each other while maneuvering through contested territory on the northern outskirts of Aleppo, U.S. officials and rebel leaders have confirmed.

…if that isn’t a clear case of no one, not even those actively engaged, having a clue as to what the hell is actually going on in Syria, I don’t know what will convince you.

What I can say for sure is that everyone is attempting to manipulate Trump’s inexperience.

Taking hard and fast sides in a conflict as twisted and mutilated as Syria seems like a mistake. My thoughts are with the people, the poor bloody Syrian people who have been tortured beyond insanity by this cruel war.

Siding with those who are meting out the violence isn’t a solution in my mind.