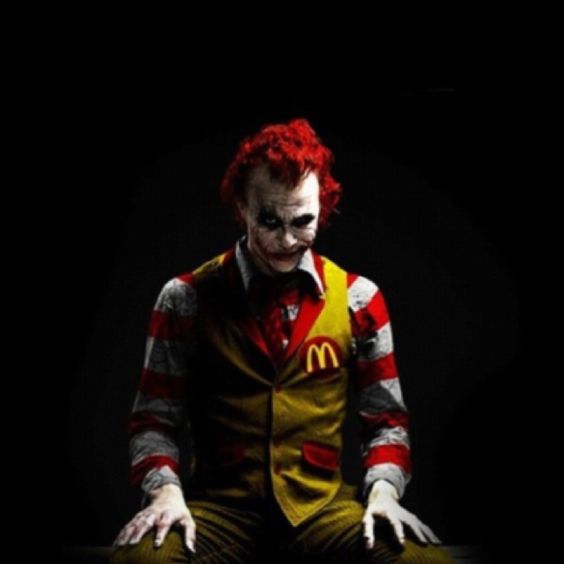 Fast food companies are trying to wriggle out of legal and contractual obligations around basic rights of workers to guaranteed hours and annual leave.

Unite Union has started bargaining with McDonald’s and Restaurant Brands over the renewal of their respective collective agreements.

McDonald’s has refused to make an offer around pay until the results of a court case the union took against them this week are known. At the same time, they are giving all non-union staff a 60c an hour pay rise (ten cents above that mandated by the legal minimum wage increase) but not applying that increase to union members except if they are currently below the new minimum wage of $15.75 an hour (which they legally must pay)

Union members at McDonald’s voted overwhelmingly this week in favour of industrial action if necessary to move the company.

The court case against McDonald’s has become necessary to force the company to accept the meaning of the law change outlawing zero hour contracts. Companies were given until April 2016 to change the employment agreements for staff on Individual agreements to comply with the law. When Unite saw the new agreements we did not believe they met the requirements of the new law.

The ban on zero hour contracts followed a successful campaign against them by Unite in the fast food industry in the 2015 bargaining over the collective agreement. Until that year’s negotiations, the companies had been able to run a rostering regime without any guaranteed hours of work. By the end of that bargaining round all major fast food companies – McDonald’s, Restaurant Brands, Burger King and Wendy’s – agreed to bring in guaranteed hours.

There was huge public support for our campaign. It became obvious that tens of thousands of workers were in a similar situation. The government felt compelled to promise to outlaw the “worst aspects” of these contracts. However, they could not get a majority in parliament for their initial proposals and had to reach a deal with the opposition parties to get the law through. The compromise agreement went much further than they initially intended.

The new law said all employment agreements needed to include guaranteed hours. If workers were expected to be “available” for work they needed to be paid reasonable compensation for that “availability”. If there was no compensation paid then the worker had the right to refuse the work offered.

McDonald’s has tried to wriggle out of the legal responsibility by minimising the guaranteed hours being given. We had copies of around 100 staff who signed up with the company after the new law took effect in 2016 and then joined the union. Often the guaranteed hours were a few as three. On average, it was about 20% of the hours the staff were available to work.

McDonald’s offer of employment has a heading called “Availability” where workers list all the hours they can work in any week. They are encouraged to maximise their “availability” to get work. Some staff have 24-7 “availability”. But no compensation is being paid. The company argued that because the new agreements had the right to turn down work rostered in addition to their guaranteed hours this meant they did not need to pay for the availability.

The union argued that this was not the case. Even the guaranteed hours are being rostered within a workers “availability”. It doesn’t matter if they have the right to turn down additional work (which we don’t accept actually exists) because all the hours the worker must work are within an availability clause that must be compensated for. Otherwise, the intent of the new law could be easily subverted – as McDonald’s is in fact doing.

Because this is a new law and some of the language lacks clarity, this case is being seen as a test case that will help determine the true meaning of the law for many workers. A full bench of three judges in te Employment Court heard the case and we hope for a decision with the next few months.

Unite has also written to the company saying we consider that their decision to not pay union members the same as non-union staff will undermine the collective bargaining and the union’s role in it and is also contrary to Section 9 of the Employment Relations Act which prohibits preferential treatment to non-members. The situation is made worse by discriminatory undertakings given to the non-members that they will receive higher pay increases if the union achieves that in collective bargaining. We warned the company that if they proceeded with this course we will be challenging their actions, including legally.

We have also initiated legal action against Burger King over the interpretation of the collective agreement. When we signed the agreement in October 2015 it had guaranteed “shifts” in the wording rather than hours. We considered this a step forward beyond the McDonald’s agreement. But since the agreement was signed the company has continued to operate essentially the same system as McDonald’s with “hours” being rostered rather than “shifts”.

Restaurant Brands renegotiated their collective agreement after the law was changed to introduce a system of guaranteed shifts. Workers know what their days and hours of work are.
However, we again have problems around ensuring that new staff aren’t hired before shifts that become available by staff leaving are offered to existing staff. This is needed to ensure fairness and transparency and to enable existing staff to get the most suitable shifts to suit their life work balance.

Unite has always had a much stronger presence at Restaurant Brands than other companies. After a major dispute to get our first agreement in 2005-6 we have successfully negotiated without the need to take strike action. It came close on occasion but generally, the company saw sense in the end on the important issues. They were the first to agree to guaranteed hours in 2015 for example. McDonald’s, however, we have ended up in disputes on more occasions than not.

We have also acknowledged that we generally had slightly better wages and other conditions at Restaurant Brands than the other companies and there was a limit on how far ahead we could force the company to go.

The union’s goal this year was to ensure we have a fair system for allocating new shifts which is vital to putting the final nail in the zero-hours regime. We also wanted the company to cease to be a minimum wage employer for new staff and have the living wage there for all supervisory staff at least.

In negotiations this year, however, the company appears to be playing hardball. They are a very profitable company. It is way past time that they cease to be a minimum wage employer for starting staff. Even McDonald’s have said they will start staff at 10 cents above the minimum. It is a matter of public record that RBL has had significant staff shortages over the past year. Their workers have gone above and beyond with many working working long and demanding hours to contribute to the growing profits. Despite this many of their skilled, trained and experienced workers still rely on Working for Families and accomodation supplements to make ends meet. We think they should earn enough to support themselves and their families and that means paying a living wage.

We have been forced to adjourn negotiations and seek a ballot of members on industrial action to advance our claims. Restaurant Brands may well wish they had not unleashed the power of our members in their company. I think some times we need action at all employers at least occasionally just to remind them who creates the wealth they appropriate.

We are also still waiting for all the companies to come back to us on how much they owe staff for incorrectly calculating their annual leave entitlements for years. They all claimed to have appointed external auditors to check what they were paying and if “errors” were made correct them. What they need to know is that there will be no escaping this liability. They will have to do that calculation and report the results to the union . If necessary we will do the audits ourselves and claim the money back through other means. But these companies will be made to pay up in full.