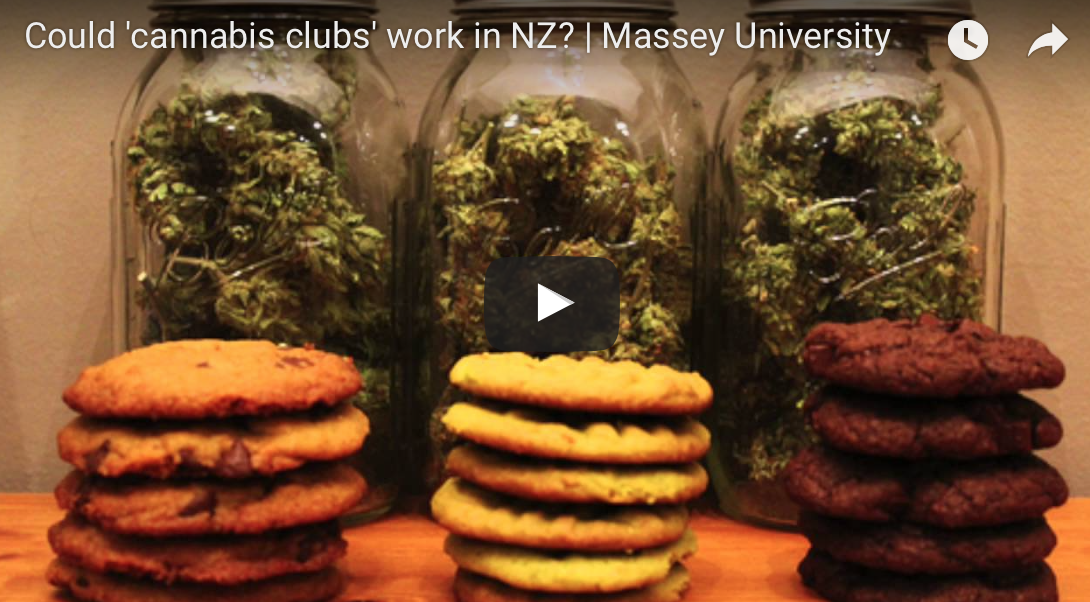 Trudeau announced yesterday that legislation would be introduced in April, and regulations enacted by the end of the year, to create a legal, adults-only, and taxable market for cannabis.

Retail stores selling government-procured cannabis will be R18, and adults will also be able to grow their own, with a standard limit of four plants per household. Under the proposals, cannabis lounges or “social clubs” will be able to operate as long as they are alcohol- and tobacco-free.

Medicinal cannabis has been legal in Canada since 1999 and will still be an option for many, with prices expected to be lower than for the regular adult market.

To satisfy the Single Convention on Drugs – which both New Zealand and Canada signed up to way back in 1961 – Canada’s legal cannabis supplies will be purchased by a single federal agency which will then onsell them to local stores.

It’s kinda similar to how commodities used to be sold in NZ, with the old Apple and Pear Marketing Board. Wool and most of our other farming products were also bought by central co-ops then on sold to the marketplace.

If that sounds old fashioned, it’s actually an imaginative and novel approach to satisfying the demands of the international drug control treaties, which the international community failed to amend last year. UNGASS 2016 was the big chance to end the devastating War on Drugs but countries including New Zealand – represented by Peter Dunne – did little other than talk about it.

What’s really old fashioned is the attitude of the New Zealand Police.

The latest figures obtained by NORML show they are not charging fewer people for cannabis, but more. Ignoring the wishes of the community, they are spending more time and more money on it, and filling our courts and jails with even more canna-folk.

But if those first 8 months in 2016 are typical and the same rate occurred in the rest of the year, it would be around 5080 arrests – an increase of 30 per cent over the year before.

The same pattern is apparent for providers charged with growing or selling cannabis.

The data is for charges (not arrests) so they each represent a person who the police have decided to not let go with a warning but to throw at them the full weight of the law. Admittedly, it is down from the peak arrest rate in 2009, but it still begs the question of why NZ Police have now decided to charge more people with cannabis offences.

It’s worth considering the context. This increase in charges was at the same time as Helen Kelly was bravely fighting lung cancer and very publicly using cannabis medicinally. Cannabis has been in the media most days and we’ve been having a massive public debate about our laws. Three major polls put support for medicinal cannabis law reform in the 75-80 per cent range, and support for wider reforms (like Canada) at a healthy 60 per cent.

Government figures also emerged during this period that showed one-in-twenty New Zealanders is using cannabis medicinally – almost half of all cannabis consumption. How are police to know whether a cannabis consumer is using it medicinally or not? They have no training in it, there is no policy and they’re given no guidance on how to make the decision to arrest or not.

It’s no wonder there was a strong backlash on social media to their posts which boast and taunt about how much cannabis they are seizing (and the resources they are wasting).

Our police should take a leaf from police around the world who are realising how destructive and counter-productive the War on Drugs really is. Reforms in Canada and elsewhere have the support of their police. It’s about time police here stopped hiding behind a false claim that they just enforce the law, and start advocating for law reform, so they can get on with fighting crimes that matter.

Their former union leader, Greg O’Connor, is a convert and in a delicious irony is running against Peter Dunne. That’s a contest we’re looking forward to, and frankly I’m backing the cop.