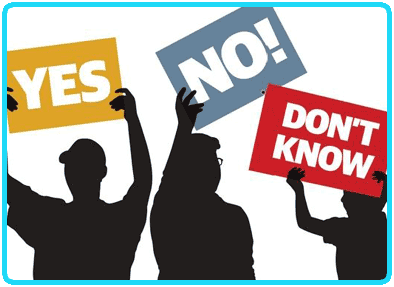 The Roy Morgan data is probably what folks with an implicit left-wing bias will be most interested in; due to its showing a reduction in National support of 4.5%, and corresponding rise in Labour/Greens support of 5% – for totals of 43.5%, 29.5%, and 14.5% respectively.

The explanations for these rather radical shifts in numbers are immediately obvious. After a somewhat protracted ‘honeymoon period’, Bill English’s tenure as Prime Minister has started to enter rocky territory. His comments on large-scale immigration being justified because Kiwi workers were allegedly unemployable due to drug use did not resonate as they might once have, leading to a backdown of sorts shortly afterward in which he conceded that changing immigration policy-settings might be possible. The recent (and ongoing) semi-literal quagmire over water – whether pollution of waterways, or the extraction of our resources for a pittance to be sold offshore as the latest example of Kiwi-victimizing Neo-Colonialism – has also followed a similar trend. Namely, inflammatory statements made to the media [although in this instance, by Environment Minister Nick Smith] based on either a misreading of public sentiment or just sheer bloody-mindedness, followed up in relatively short order by a signaled possible change in position.

On top of this, English’s apparent determination to walk the fine line between death and destruction entailed in messing with superannuation will also have cost him. It was, after all, the same issue which effectively sealed the fate of Labour at the last Election, and which has caused serious problems for the National Party in previous contests (admittedly, mostly in the 1990s). Although if the controversy over the retirement age is actually a salient causation in National’s shedding of votes in the Roy Morgan, then it is somewhat surprising indeed that New Zealand First [on 7.5% – a reduction of 0.5% on the previous poll] has not been a greater beneficiary.

Perhaps this indicates that there are indeed some stirrings of mood out there in the electorate for a fulsome change of government, rather than mere dissatisfaction with the present regime; meaning voters who’d otherwise gravitate towards NZF are exercising trepidation in doing so due to media speculation that we’d side with National.

To these factors we may also be able to add Labour’s decision to elevate Jacinda Ardern to the Deputy Leadership. Regardless of whether one thinks she’s made a truly substantive contribution to our nation’s politics over the previous decade, it would appear indisputable that she is the highest-profile Deputy Leader of the party since the days of Michael Cullen. And, as we shall see when it comes to dissecting the Reid Research poll’s Preferred Prime Minister results, her promotion alone has certainly made a bit of an impact. Certainly, it is difficult to imagine a situation in this Parliamentary Term wherein Winston Peters has found himself out-polled by a Labour Party MP for Preferred PM [indeed,according to this list from Wiki, it is an event without precedent going back to the last Election.]

In any case, whilst my affection for the Roy Morgan poll is well known, it is certainly not the only game in town. And the Reid Research material out the same day makes for some decidedly interesting comparison-work between the two analyses.

Particularly because in many respects they flat-out contradict one another.

So what to make of this. Well, for starters, it’s probably worth noting that Reid Research have just changed their polling methodology in a bid to reach out to different [and traditionally less-contactable] voters. It’s possible that that has had an impact upon the results we’re seeing here, although difficult to determine whether this axiomatically makes their conclusions more or less accurate than their previous and more exclusively landline-based efforts. Certainly, a cursory look at their record in the immediate run-up to the 2014 and 2011 General Elections would appear to suggest that Reid Research’s old methodology had some noticeable flaws in it [consistently over-polling the Greens, and having National’s result out by more than two percentage points – which in this day and age is the literal difference between Governments continuing or falling upon the ashheap of history].

The alternate interpretation, of course, is that Reid Research’s new-and-sharper methodology is, in fact, on the money – and that the cautious optimism which was beginning to break out on the Left in recent weeks has found itself somewhat misplaced. Certainly, this would be in demonstrable keeping with the trends of previous Elections, wherein at every turn the ‘hope’ that the latest scandal of whatever flavour would be National’s undoing has turned to ashes in our mouths as they’ve emerged in each successive poll or popular vote almost entirely unscathed. Indeed, almost seeming to ‘feed’ off the controversy!

Personally, if I were a Labour supporter – and, not for the first time, I must confess to feeling inordinately glad that I am not – I’d probably be attempting to look for a ‘silver lining’ [other than Winston] in the form of both polls discussed here having Labour at or about 30%. It’s probably a sign of how dismal Labour’s prospects have been for the last few years that this is somehow an achievement worthy of note – and yet, it is. Thirty percent is where a party can start to credibly claim to be one of the ‘Big Two’; in rather marked contrast to its previous low-twenties polling, which had many commentators (myself included) wondering how long until Labour effectively wound up relegated to semi-official ‘Minor Party’ status. [The requisite number for that, if you are wondering, would probably be semi-consistently scoring below twenty percent; although as Bill English-era National so handily demonstrated fifteen years ago, there is no axiomatic rule of political gravity which definitively states that a result just above 20% is unrecoverable from]

Having said that, instead of taking either of the above polls as ‘good news’ [an understandable eschewment], many Labourites will presumably be instead attempting to cast doubt upon the veracity and utility of opinion polling all up. Perhaps they will even be once again quoting former National Party Prime Minister [and arguable, in some ways, proto-Bill English] and resorting to his famous political maxim: “Bugger the polls!”

But this would be a bit of a mistake. It’s no secret that political polls can occasionally be substantially inaccurate. The results from the US Presidential Election and Brexit both serve to bear this out in an Anglosphere context. There, as is now well known, the inaccuracies in results lead to an indelible false sense of security on the part of the ‘Establishment’ sides of those contests. Which fed into overconfidence, and consequent defeat.

It would, perhaps, be too much to hope for a similar occurrence here in New Zealand. Namely, that the National Party buys into the myth of electoral invincibility off the back of a few polls which have them in the mid-high 40s, and starts making ever-more-significant errors. Although some are, of course, of the opinion that we are already starting to see this happen. [A phenomenon which we can also tie fairly directly to the much-dreaded ‘Third-Term-Itis’]

Instead, the reason why it would be arguable folly for Labour supporters to write off polls entirely is a simple one. They appear to be getting more accurate.

This means that while it might have once been true – most especially in both of 2005 and 2008, wherein many polls had Labour and National several percentage points off, and often in pretty much inverted positions in terms of their rough support, these errors diminished in 2011 [with the exception of auguries for the Green Party’s result – who appear to remain prone to chronic over-estimation by as much as 4%], and by 2014 had been reduced to frequently less than a percent out from the actual final electoral result. Particularly where Labour is concerned.

It would be both cumbersome and somnolence-inducing to go through poll-by-poll and show this; but as a sort of evidentiary shorthand, we’ll take a brief excursion through the  final Roy Morgan poll of the 2014 Campaign season.

So, given the Roy Morgan is the same poll which yesterday had Labour and the Greens swelling by a combined total of 5% to beat National … perhaps there IS some hope for a non-National Government come 2018 after all.