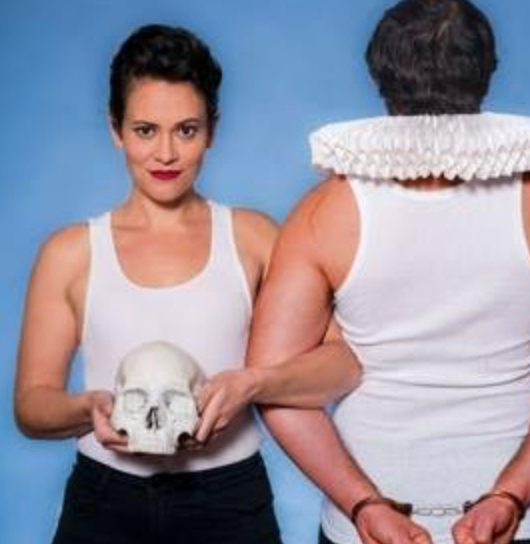 Te Ao Maori puts a new tale into the New Zealand Maori literature canon on stage in the Festival this season.

I am old enough to remember sitting in the audience of theatre shows around Auckland thinking that I would put a Maori Othello on stage, that I would make a Polynesian prime minister in a modern Merchant of Venice set in the South seas, that I would make movies with lots of swearing in amongst the kiwi vernacular, and that I would make domestic violence into palatable provocative and clever stories to bring light to these stories.  In short I wanted to change the world.   We forget how recently these things were not there.

I can’t tell you how reassuring it was over the last twenty-five years to recognize that I am not alone and never was.  Of course as a teenager, watching a white Othello was cringe-worthy and I was determined to help in whatever way I could, -it was just before –just surfing the wave of the rise of Maori writers and directors and the reclaiming of storytelling by practitioners who must have felt the cringe deeply as they were also witness to the mise-en-scene in New Zealand theatre, as recently as the late eighties / early nineties.

I’m not forgetting the Maori playwrights and practitioners of that era and earlier, I really don’t, but I am referring to an interweaving of audience, and acceptance and a mainstreaming of story content, directorship, and the width and breadth of the environment for cultivating Maori and Polynesian storytelling that we have now across media in New Zealand and I’m just acknowledging that it owes it’s capacity to its forbears in theatre.

Long gone are the days when every mention of Tipuna had to be accompanied by a lime green lighting state and the sound of a Purerehua through the sound system.  But this too is a literary forbear of much in Maori theatre.  Maori do not come to tell story without bringing their tipuna and their stories with them.  And our countries theatre history is a couple of thousand years richer for it.  I am well aware how that sounds, this is a pakeha gaze review and that will continue to exist as well, but we are melding audience and as someone who has been wanting this to happen for a life time I am thrilled to see Cellfish combining hilarious and clever stagecraft, controversial and unprecedented content and the power of a female lead in a show that touches on death revenge and incarceration paralleling a contemporary Maori condition with the melodrama of a vengeful Lady Macbeth or a Duped Othello.

Ok  Ok the review.   Mark Ruka and Miriama McDowell shine playing the medley of characters that have been expertly crafted into the story of Cellfish.  Hilarious and unnerving at times, the play endears us and warns us against loving too hard or too little, it’s characters. The summoned dream sequences with a deftly spun layering of realism, lean into mythologies both from here and from England’s Scotland.

Ultimately as should be expected these forms meet, and crucially too as you will find out.

While this is a sophisticated script, full of complex plot potentials as it unfolds, teachers will find this a brilliant play for school trips as it is so very accessible to those students who’s  ears will prick up at such lines as “ This is for Pakehas Miss!”  But the written work of this play is a poetic triumph of lyrical interwoven ideas. Its brings together a local cadence with shakespearian authority.  In their potentiality many moments have separate meanings lending an air of classical mystery to the story development.  As I walked away I was discussing the meaning of a pivotal scene as I first thought it, and later as I realized it was…

I expect plenty to be written about this show, so for now I will just offer my congratulations to all involved, Mark and Miriama are highly watchable throughout, and in writing Miriama, Jason Te Kare, and Rob Mokaraka have clearly got a great group dynamic going on.  Jason Te Kare’s direction is refined, and the show is a rare fully fledged drama that make a departure through time and space and returns to strip back the walls of the contentious issues of domestic violence, Urban Maori in New Zealand Jails, Utu, and Aroha, and asks ‘How do we go on from here?’  I hope this play remains a stepping stone towards the next twenty five years progress in these domains, and again to see theatre playing it’s social role so well, is a treat.