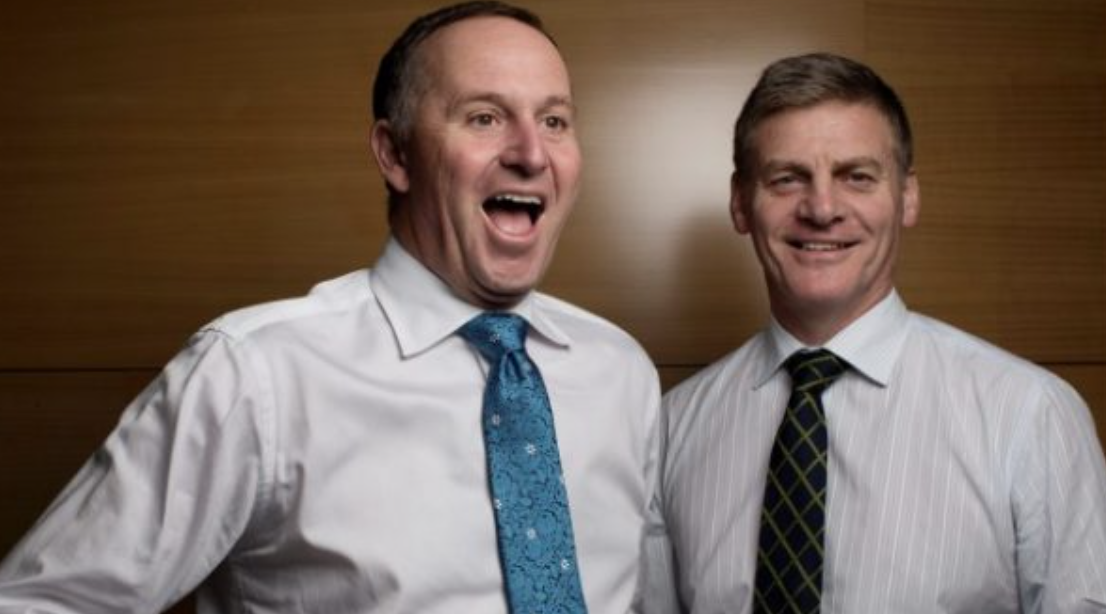 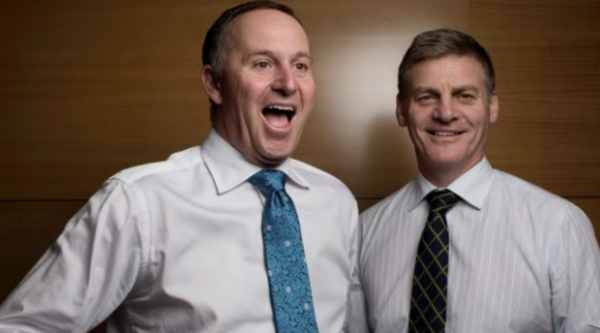 Bill English seems to be as inept at leading the National Party now as he was in 2002, when the Party suffered its worst ever defeat at the polls. So, if John Key is the Keith Holyoake of our modern era, is Bill English the modern version of Holyoake’s hapless deputy, John Marshall?

Holyoake, said to be Key’s political hero, led the National Party to 4 consecutive election victories in the 1960’s before handing over the reigns to his long serving and long suffering Deputy, John Marshall, popularly known as “Gentleman Jack”.  The National Government suffered a crushing electoral defeat soon after the leadership change.

Years earlier, Holyoake and Marshall had struck a succession deal, similar to the agreement between British Prime Minister Tony Blair and his Deputy, Gordon Brown.  Marshall offered his loyalty as Deputy on the condition that Holyoake would one day step down and hand him the leadership.  Both Marshall and Brown subsequently waited much longer to serve as Prime Minister than they had anticipated, as Holyoake and Blair’s personal popularity and desire for power remained strong for many years.  It’s not unlikely that the economically liberal John Key sealed the deal that saw him elevated to the National Party leadership with a similar succession agreement with the socially conservative Bill English.

Holyoake, like Key an instinctual populist, served as Prime Minister for 12 years before passing on the leadership to his Deputy just 10 months before the 1972 general elections. The Marshall Government suffered a resounding defeat at the polls that year, when voters delivered a 23 seat majority to Norman Kirk’s Labour.  This was a very substantial majority, as there were only 87 MPs in New Zealand’s Parliament at the time.

While there are clear parallels between the political style and careers of John Key and Keith Holyoake, is it fair to compare Gentleman Jack Marshall and Bill English? Some say that 2002 was not Bill English’s time, that he was up against an undefeatable Prime Minister at the height of her electoral popularity, but has now proven his capability during his 8 years as Deputy PM, and will be a solid Prime Minister.  Yet almost every time he has opened his mouth in recent weeks English has been shooting himself in the foot.

When news broke of the loss of 362 jobs at Dunedin’s Cadburys Factory he fluffed and waffled, saying  ”I’d imagine that with the kind of support that both central and local government can give to those 300 people, we would expect a proportion of them would be able to get some sort of work, if that’s what they want to do.”

Not long after that he defended importing foreign labour by claiming that too many New Zealand workers are lazy druggies. It later turned out that the most recent Ministry of Social Development figures showed that only 0.17% of job seeking beneficiaries required to take compulsory drug tests over a 12 month period failed the tests. That’s about 1 fail per 600 tests.

And this, of course, was followed by the mother of all political errors –  his dreadful mishandling of the superannuation eligibility age. Superannuation was an issue that English didn’t need to touch, and he should have avoided going anywhere near it.  Perhaps he’s just desperate to get some attention, but it seems that Bill English might be as poor a political leader now as he was in 2002.  He’s starting to look like a possum in the headlights.

Contrast this to the Leader of the Opposition, Andrew Little, who’s strengths and smarts as a leader have been frequently to the fore in recent weeks. Little may not be our modern Big Norm, but Labour has been getting all the good headlines while National has been stumbling and fumbling from news cycle to news cycle.

After the 1972 election defeat, Marshall was dumped as National Party leader and replaced by Rob Muldoon. Bill English, again, seems to be on course to repeat the same fate as Gentleman Jack.  National Party leadership hopefuls will be eyeing up their chances and sharpening their knives.

Duncan Eddy is a Purakaunui writer, publisher and community activist. His most recent publication, “The Stories Behind the Streetnames in Historic Port Chalmers” is available on request at duncaneddy@yahoo.com