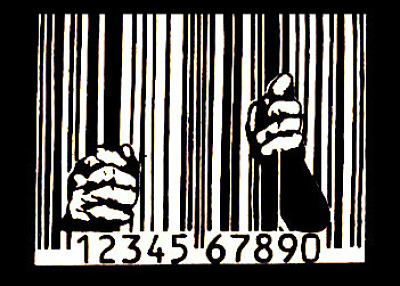 Dominion Post’s excellent article ‘Alarm spreads as molester paroled’, (Saturday, March 11) describes behaviour that is played out in communities all over New Zealand whenever a sex offender is released from prison, says Dr Kim Workman, Adjunct Research Associate, of the Institute of Criminology, Victoria University.

‘In this case, Brendan Nolan, who committed offences on two children in 1999 and 2001, was convicted in 2012, and has just been released from prison. Some members of the communities of Porirua and Kapiti issued threats of violence on social media, resulting in a growing fear within the wider community. The Parole Board attached stringent conditions to Nolan’s release, and it would seem that either Police or Corrections released information to neighbours and agencies, which further generated moral panic. The Mayor of Porirua, and Kapiti Mike Tana and K. Gurunathan wisely called for calm, with the latter advising against making judgements on the basis of ‘inadequate information.

“It is a scenario that is predictable, every time a sex offender is released, said Dr Workman. “The question community leaders, Corrections and the Parole Board need to ask is ‘what more can we do to avoid creating community fear – short of locking up sex offenders for life’.

The major problem is that in a risk-centric society, government agencies engage in C.Y.A , i.e. ‘cover your ass’, behaviour. They guard themselves against future public and political criticism, should a released sex offender re-offend. Psychologists and criminal lawyers complain that the risk presented by released offenders is often greatly exaggerated – someone who is low risk, is described as medium to high risk. Police and Corrections advise neighbours and schools of the presence of a released sex offender, thus promoting moral panic and vigilantism. It also draws attention away from reality – 90% of sex offenders are not apprehended, they are living within the community, and are probably a close relative or someone known and trusted to the family. There needs to be an independent review of the current strategy, aimed at reducing public fear, and promoting positive approaches to the reduction of reoffending.

The second problem is that there is no community education strategy to inform communities about the nature of sex offending. If community members had more factual information, it would reduce fear. Often, the more extreme views are built on myth, of which there are many about sex offenders. (1) For example, the reoffending rate for offences against children is as low as 3.3%, compared to about 60% for general offending. A Working Party comprising Local Government New Zealand, Corrections, community providers, and experts in sexual offending should be tasked to develop a basic community education package that would be freely available, and delivered by approved local providers.

The major problem however, is that current strategies ignore and disempower local communities. The local community has no say, no part to play, and no control over the decision to place a released sex offender within its community. If however, a universally successful programme known as COSA, (Circles of Support and Accountability) was available, it would mean that community members would have the ability to hold offenders accountable, and provide support where needed. COSA was started over 25 years ago in Canada. It consists of a group of five to seven volunteers from the community who support prisoners on release and keep them accountable for their actions. They meet with the prisoner before his release to establish a relationship, and meet regularly with released offenders, under the guidance of therapeutic advisers and/or members of community sector agencies. Volunteers are drawn from the local community. This community engagement strategy has been proven to reduce the possibility of reoffending even further, and allow the offender to successfully integrate within the local community.

The COSA programme was referred to in positive terms by the Government Inquiry into the Phillip John Smith escape.(3) Approved community providers should be funded to establish a COSA initiative when sex offenders are released into a community. When communities are empowered to engage positively with offenders, it results in a shift in community attitude, and a reduction of community fear.