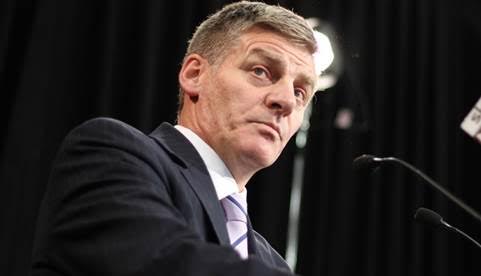 IT’S DIFFICULT TO AVOID THE IMPRESSION that the neoliberal establishment is very pissed-off with Bill English. His handling of the NZ Superannuation issue has been an unmitigated disaster from beginning to end. The media wasn’t briefed. National’s surrogates in academia and the business community weren’t primed. The public was not prepared.

Unfortunately, for any proposal to reform an institution as popular as NZ Super to have the slightest chance of success, all three of the above groups must be ready to hear it. One can only imagine the frustration of the Retirement Commissioner, Diane Maxwell, as she watched all her patient public diplomacy reduced to ashes in English’s ill-considered political bonfire.

English’s actions take on an even more absurd aspect when one recalls that there is a time-honoured and well-tested process for slaughtering a cow as sacred as NZ Super in relative political safety.

For a start, it is ill-advised to announce such plans in the early months of an election year.

Ill-advised, but not automatically fatal. Instigating an extensive and entirely independent review of any given set of current public policy settings is eminently survivable – if that is the sum total of your announcement. Indeed, it generally prompts hearty praise from all those “experts” agitating for change. It also allows the instigator to refuse the media anything further in the way of specificity until the review is complete.

Had English adhered to this process with NZ Super he could also have increased the political pressure on his principal electoral foes. Labour, in particular, would have found it extremely difficult to oppose any government call for a cross-party commitment to a comprehensive review of NZ Super. After all, in both the 2011 and 2014 general elections, reforming NZ Super had been Labour’s policy. The Greens, likewise, could hardly refuse to join in a sober, without prejudice, quest to arrive at the broadest possible political consensus on this highly contentious issue.

NZ First could not, however, credibly lend its name to such an effort without, at least implicitly, being bound by the review’s eventual recommendations. But such a dog-in-the-manger stance would put Winston Peters in an extremely difficult position.

Refusing to endorse a review of NZ Super would, presumably, leave NZ First no choice but to refuse to enter into any confidence and supply agreement that did not include its cancellation. Assuming both Labour and the Greens had joined National in supporting the proposed review, NZ First would have nowhere to go but the cross-benches – a position of acute and ever-increasing political precariousness.

In other words, English had the chance to appoint a Royal Commission of Inquiry into NZ Superannuation which, after weeks of hearings, and months of deliberation, solemnly recommended to his government that not only would the age of eligibility have to be advanced – and quickly – but also that the means of calculating the quantum of NZ super would have to be altered, and a means-testing regime established.

Because Labour and the Greens would already have signed up to the inquiry, their endorsement of its recommendations would be automatic. Any ensuing legislation would thus be guaranteed an overwhelming parliamentary majority.

Imagine the celebrations at Treasury, the NZ initiative and across the financial sector. Not only would the whole issue have been depoliticised for the foreseeable future, but also (and best of all!) no neoliberal fingerprints would ever be found on the gun that killed the last great universal entitlement of the social-democratic era.

All of these highly-sought-after right-wing objectives have now been put at risk by English’s ineptitude. Listening to the business journalist, Fran O’Sullivan, this morning [10/3/17] on RNZ, the fury and frustration of the neoliberal establishment was evident in every bitter syllable of her commentary. Not only that, but in her rage at the now solid phalanx of NZ Super political defenders which English’s blundering has brought into formation (Labour, the Greens and NZ First) she blurted out the Right’s true intentions.

In the event of a National victory in September, Act (acting on behalf of the neoliberal establishment) will insist that means-testing and a reduction in NZ Super’s purchasing power be added to the legislation sanctioning the (immediate?) extension of the age of eligibility to 67.

No confusion now about the Right’s murderous intentions towards NZ Superannuation – and not the slightest doubt as to whose fingerprints will be found on the gun.