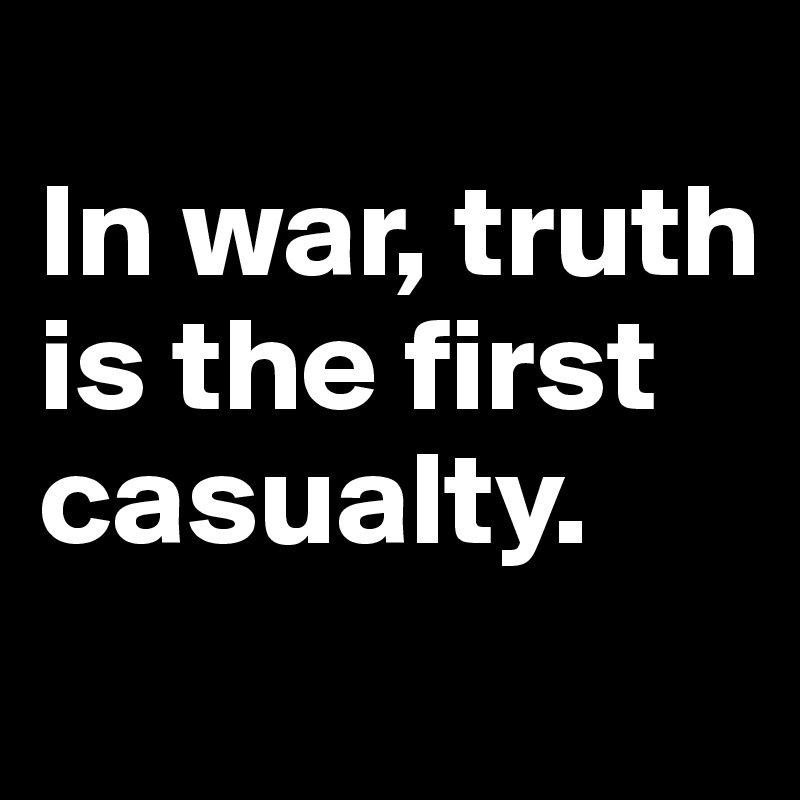 “In war, truth is the first casualty”, so wrote the Greek dramatist Aeschylus around 500 BC. Experience has shown us that lies precede wars in order to facilitate them. As war rages, misleading propaganda accompanies the slaughter to render it tolerable and after, when war is won, lost or in abeyance, there are fresh lies to cover the criminal acts of the perpetrators. Whatever the outcome, the profiteers win. Gideon Levy, writing in the Israeli newspaper Haaretz, refers to the state comptroller’s report on the 2014 Gaza blitz known as ‘Operation Protective Edge’ and concludes that “Israel loves wars. Needs them. Does nothing to prevent them, and sometimes instigates them.”

An article on the Shalom Kiwi website does acknowledge that the Deir Yassin massacre in Palestine was terrorism but then seeks to exonerate the Zionist leadership by claiming that: “The terrorist activities of Irgun and Lehi were never endorsed by the Jewish leadership”. In fact, of course, these leaders and many other terrorists are, to this day, revered by Israeli society where an airport, roads and squares are named after them. There are streets in both Akka and Tel Aviv named after Shlomo Ben-Yosef, a member of a section of the Irgun who was executed by the British Administration in 1938 for throwing grenades at passengers aboard a Palestinian bus. The Irgun, denounced as a terrorist group by Albert Einstein and many others, was led by Menachem Begin, who later became an Israeli prime minister. A postage stamp was issued in honour of another terrorist group, Olei Hagardom, and a street in a Jerusalem neighbourhood is named after it.

A street in Haifa, in the French Carmel neighbourhood, is named after Eliyahu Hakim. He took part in the assassination of a senior British politician, Walter Guinness (Lord Moyne), in Cairo in 1945. Hakim was a member of the Lehi terrorist group (the Stern Gang), the commander of which was Avraham Stern. Lehi committed armed robberies, first of British, later Jewish banks and on even to private property. Stern actually sought aid from Benito Mussolini and Adolf Hitler. Israeli politicians and government officials attend an annual memorial ceremony at Stern’s grave in the Nahalat Yitzhak Cemetery in Givatayim and, in 1978, a postage stamp was issued in his honour. In 1981 a new town was called Kochav Yair after his nickname, ‘Yair’s Star’, and the site of his killing by the British has become a place of pilgrimage for Zionists. Israel’s national sports centre, the Wingate Institute, which occupies a square in the Jerusalem neighbourhood of Talbiya, and the Yemin Orde youth village near Haifa both celebrate Orde Wingate, a British soldier and Christian Zionist who led raids with armed members of the Haganah Zionist militia against the Palestinian people. The Jewish Daily Forward wrote about the emergence of evidence regarding “Wingate’s brutality and cruelty” that revealed he led “raids into Arab villages, killing innocent civilians and terrorising others.” Israel issued a postage stamp in honour of another terrorist, Eliyahu Bet-Zuri, who was also complicit in the murder of Lord Moyne.

Israel’s first Prime Minister, David Ben-Gurion, was closely involved in the Nakba, the ethnic cleansing of Palestinians from 1947 to 1950. Jewish historians, such as Ilan Pappe, have documented how some 750,000 Palestinians were forced out of their homes, with many killed in notorious massacres, including those at Deir Yassin and Tantura. Yet Israel’s international airport is named after Ben-Gurion, as are several streets. Recently-discovered mass graves in Jaffa are grim evidence of further crimes that have remained hidden.

In 1982, Israeli Prime Minister, Menachem Begin, ordered the invasion of Lebanon that resulted in 15,000 to 20,000 Palestinian and Lebanese deaths, mostly civilian. His forces oversaw the butchering of Palestinians by an allied Lebanese militia in the Sabra and Shatila refugee camps. There are streets named in Begin’s honour in Holon, Ramat Gan, Tel Aviv, Petach Tikva and Rehovot, and there is even a Menachem Begin Heritage Center in Jerusalem.

Yitzhak Shamir led Lehi after the British killed Stern and, in September 1948, the gang had a UN mediator, Folke Berndadotte, assassinated. By the time Lehi was disbanded in 1948 it had carried out dozens of other murders, including the April 1948 massacre of Palestinians in Deir Yassin. None of this prevented Shamir from becoming an Israeli prime minister. In 2014, Netanyahu officiated at a ceremony to name a Jerusalem highway as Yitzhak Shamir Road.

Ariel Sharon was responsible for the Israeli Army’s Unit 101, whose job it was to terrify Palestinians. His unit committed a massacre in the al-Bureij refugee camp in Gaza (50 dead) and Qibya in Jordan (69 dead). Sharon was Israel’s defence minister during the 1982 invasion of Lebanon and was removed from his post because of his responsibility in the Sabra and Shatila massacre. There is an Ariel Sharon Park east of Tel Aviv. Last year, the Israeli military agreed that a base in the Naqab (Negev) Desert should be named after Sharon.

On its Home Page this Zionist website advertises a Times of Israel article that asserts the Syrian Hula Valley is in Israel. Of course, the area is part of the Occupied Syrian Golan Heights that Israel is colonising. How ‘balanced’ is that? A 2008 online military magazine published in Israel, ‘Defence Update News Analysis’, has an article by David Eshel acknowledging that Israel had “occupied the area in 1967”. The article goes on to bluntly assert that: “The Golan Heights will remain” what it calls “Israel’s strategic bulwark”. Shalom Kiwi’s understanding of ‘balance’ means totally for Israel and with utter disregard, both for truth and international law. We were warned. Benjamin Netanyahu, stated at a Cabinet meeting in April that “after 50 years, the time has come for the international community to finally recognise that the Golan Heights will remain under Israel’s sovereignty permanently.”

Visit this militaristic Israeli website’s Home Page and you can get a feel for the futuristic arms-dominated rule that Israel and its allies plan for us – with inventions such as Roboteam’s ‘Rooster Drone-Robot. Scroll downwards, forever seemingly, and discover a desert devoid of humanity. From 6-8 June, Israel will also be hosting the ISDEF military exhibition it claims is recognised “as the summit of business and defence enterprises” that are, for Israel, a “top national priority”. Israel is looking for military solidarity because, it claims, “the strategic realities that Israel faces dictate the need for close co-operation, communication and innovation”. Yet, as ISDEF’s mission statement also says, “86% of attendees have buying power making ISDEF a highly effective platform for rapid business growth.” That is where wealth is directed and that is how modern science and technology are being harnessed. To what end? Answer: population control for profit. The global arms industry is expected to support the Zionist enterprise and there is no reason to suppose that it will not. As Gideon Levy observed:

“There’s nothing Israelis love more than a war against a non-army, against those who have no aerial cover, no armour and no artillery, just an army of the barefoot and tunnels, which allows Israel stories of great heroism and bereavement. Israeli bombardments of the helpless, for some reason called war, with minimal Israeli casualties and maximal Palestinian casualties – that’s the way we like our wars.”