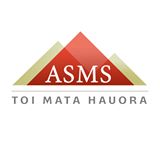 The union for senior doctors, the Association of Salaried Medical Specialists (ASMS), acknowledges the considerable work Labour’s Deputy Leader and health spokesperson Annette King has done in her time in Parliament and wishes her all the best for the future.

“Annette King has been a very active health spokesperson for the Labour Party and was a very effective Minister of Health for six years,” says ASMS Executive Director Ian Powell.

“As Minister of Health she has left us with two invaluable legislative legacies that the current Government has ended up supporting. One is the creation of district health boards responsible for their defined populations. They replaced the disastrous business company model that had left our health system in such a dire state.

“The second is the Health Practitioners Competence Assurance Act, which extended and strengthened protective safety regulation to a range of health practitioner groups. We had concerns about how some provisions of her bill might be too narrowly interpreted. But, by engaging directly with her, Annette King provided the necessary clarification in the third reading of the bill in Parliament.

“These are two powerful legacies that are standing the test of time. Equally important was her raising of the profile and importance of the ‘non-sexy’ subject of health promotion, such as health eating. The benefits of health promotion are normally longer term rather than immediate (compared with surgery, for example) but vital to the well-being of the public. It has been tempting for politicians to downplay health promotion. Annette King is not one of those politicians.

“ASMS had some sharp differences with her as Health Minister. This is almost inevitable when health ministers deal with advocacy organisations. But rather than use this as a pretext to disengage, her approach was to increase engagement.”

“We acknowledge Annette King’s significant and sustained contribution to our public health system, our disappointment that she is leaving Parliament, and wish her and her infectious personality the best for the future.”