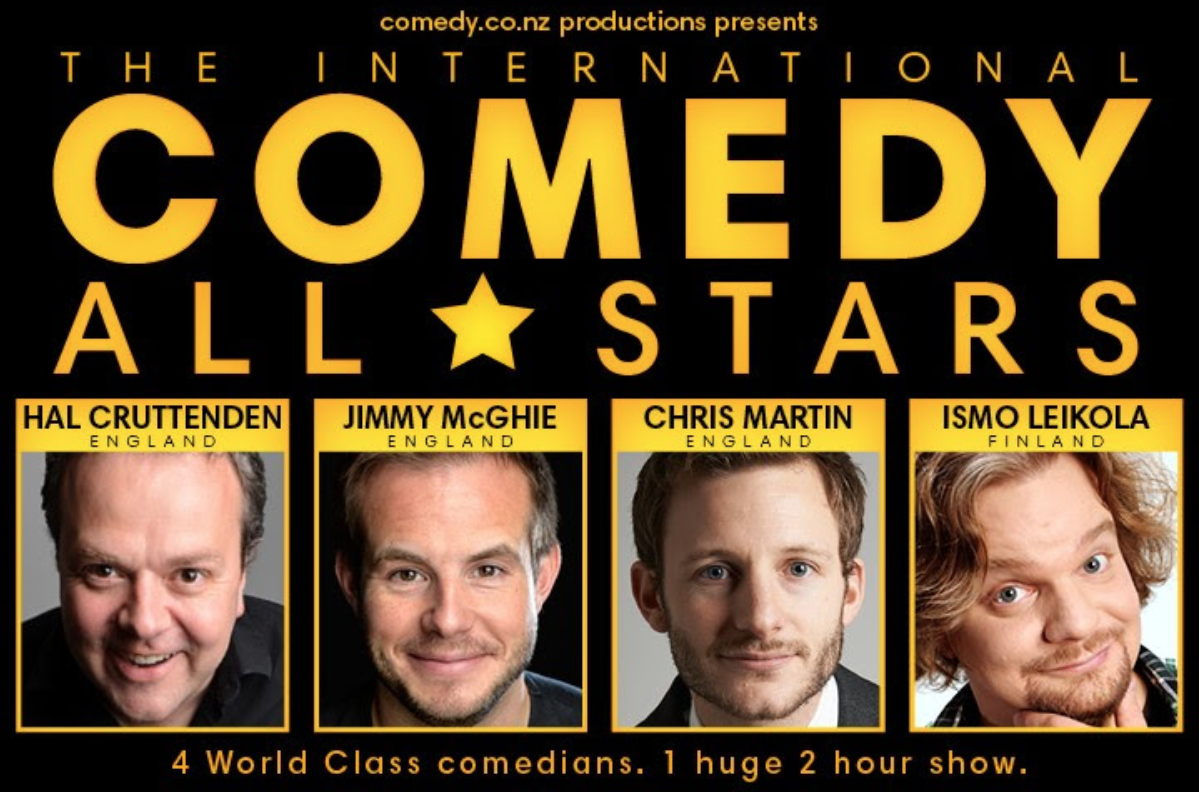 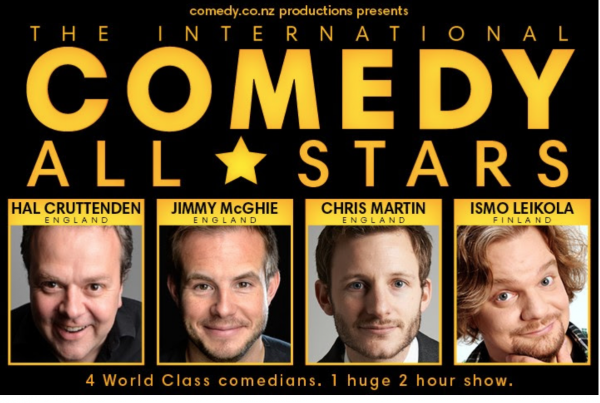 Four international pro comedians will be hitting the road bringing some of the globes’ finest, and most hilarious comedy to Hamilton, Tauranga, Rotorua, New Plymouth, Wellington and Napier this April and May. Fresh from the 2017 NZ International Comedy Festival powered by Flick Electric Co. these stars of the comedy circuit offer world-class stand-up from the UK and Finland.

The line-up features one of the kings of the UK pro-comedy circuit, Englishman Hal Cruttenden, who has both headlined and hosted on three series of Live at The Apollo, as well as two impressive appearances on The Royal Variety Performance. Hal has just completed a sold-out UK tour of his latest solo show, ‘Straight Outta Cruttenden’ and will be making his NZ debut at the 2017 Comedy Festival. His confident, cheeky and snappy style has won him fans in major cities across the world.

He will be joined by the extraordinary Ismo Leikola from Finland, voted ‘The Funniest Stand-Up Comedian In The World’ in 2014, following a global competition hosted by Laugh Factory chain of comedy clubs in the USA. Ismo featured at last year’s Comedy Festival in Auckland selling out a season at The Classic Comedy Club with his signature relaxed and nonchalant delivery. He returns in 2017 due to public demand, with a Metro Magazine reviewer noting “he doesn’t put a number on the laughs, perhaps because there are too many to count”.

The International Comedy All Stars line-up is completed by Brit’s Chris Martin and Jimmy McGhie who are both major headline acts back home, and have made a big impression in recent years during the NZ Comedy Festival. A regular across the BBC’s television and radio channels, Chris Martin regularly tours solo shows through the UK, and down-under to his many antipodean fans. Jimmy McGhie is an energetic young comedian whose appeared on Russel Howards’ Good News, and stages across the world with his live solo shows.

All bookings at Ticketek.co.nz / 0800ticketek