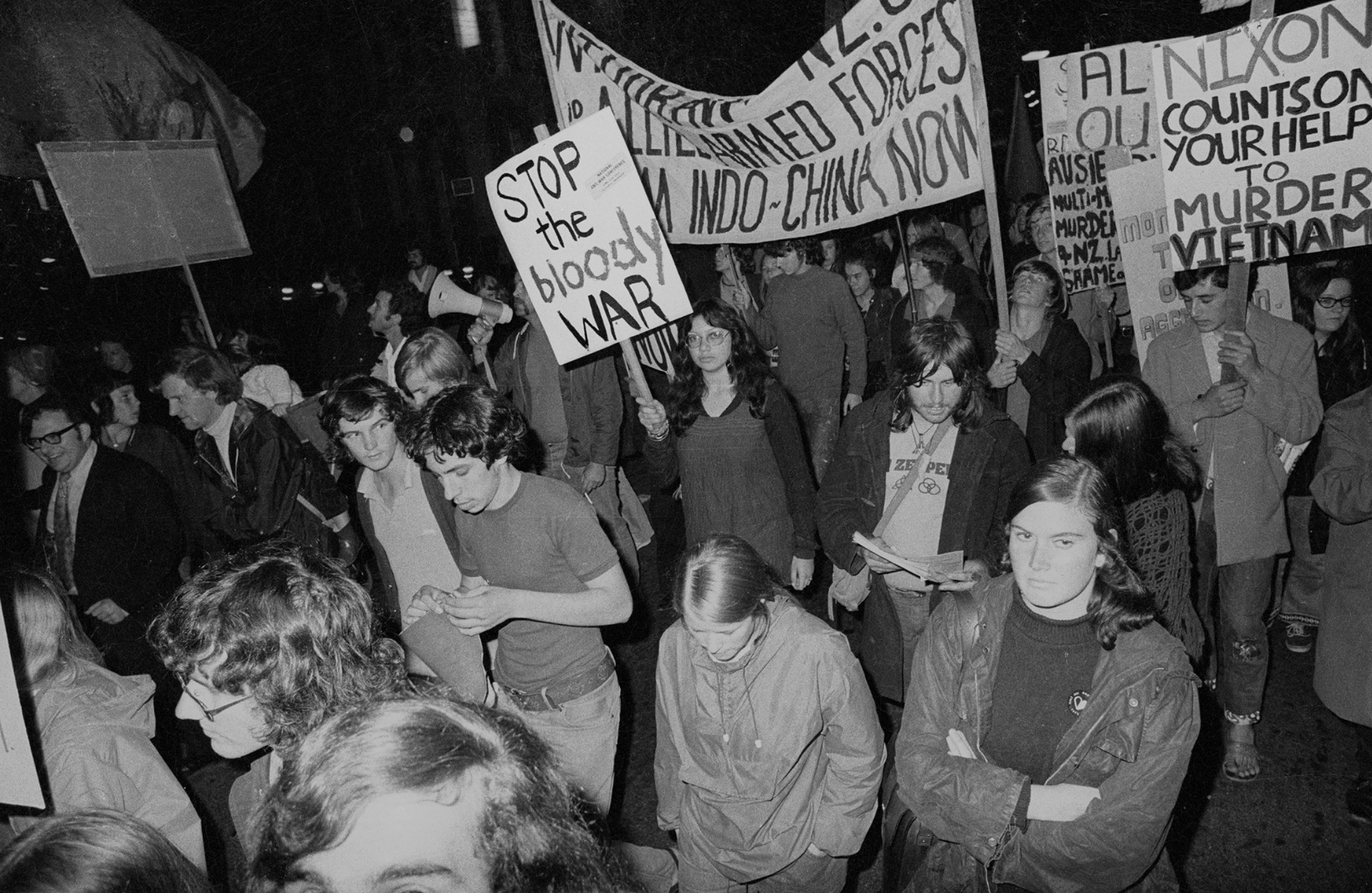 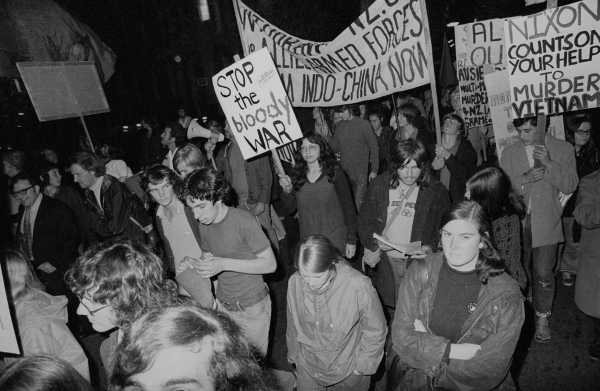 People in America and abroad, protesting US government policies in the streets, office occupations, legislators lobbied, police versus protestors – no not the present world-wide uproar over the actions of the new Trump administration, but the picture 50 years ago, during American and World citizen opposition to the US-led Vietnam War.

From the years 1967 to 1972, John Miller photographed many aspects of public opposition to the US-led Vietnam War and the New Zealand government’s participation in it. Street marches, rallies, occupations, teach-ins and anti-war conferences in both Auckland and Wellington involved a wide range of New Zealand society. John began photographing these, as a secondary school then university student and finally as the official photographer for the Auckland University students’ weekly newspaper “Craccum”.

After half a century, a selection of this archive will be shown for the first time at the Pierre Peeters Gallery, in Parnell.

Given all the present world-wide political turmoils now occurring , this is an appropriate time to look back at a previous era of similar civilian pushback against objectionable US government policies and recall the involvement of so many New Zealanders in these endeavours, before these memories become dimmed, with the passing of time.

We are privileged to announce that Niuean born Tigilau Ness, reggae icon and political activist, whose band, Unity Pacific won Best Roots Album at the Tuis last year and in 2009 he was awarded a life time achievement award, will be playing at the Pierre Peeters Gallery for the Opening Celebration of John Miller’s exhibition, Tuesday 28th Feb, 5.30pm onwards.