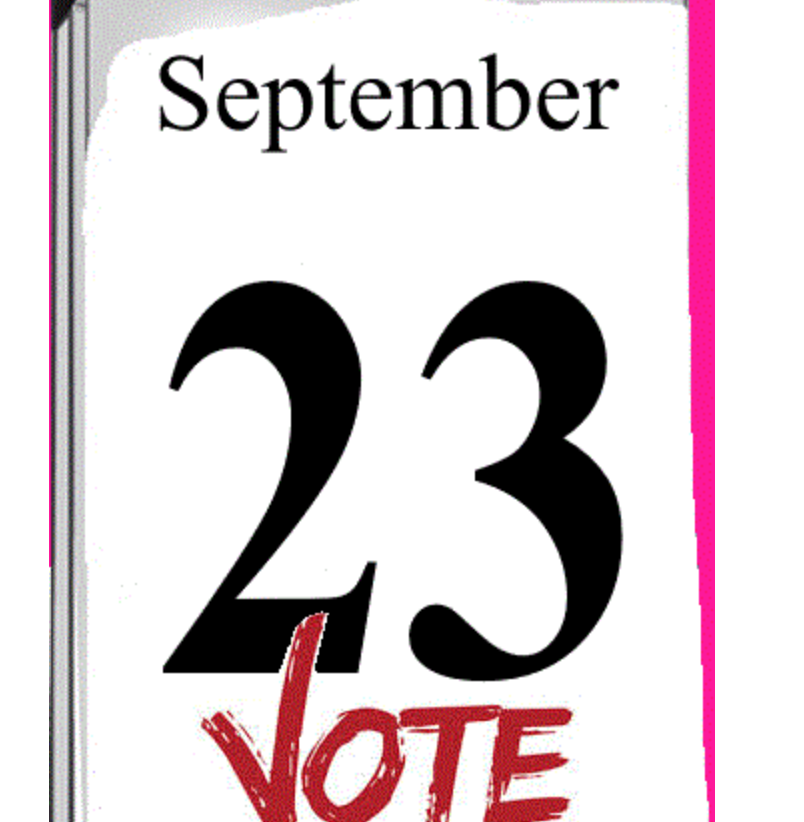 (Or, “Under-funded health, education, and other social services? Let them eat tax-cut cake!”)

You can tell it’s election year; the lolly-scramble (aka, hint of tax cuts) has begun;

Cutting taxes (and social services on-the-sly) is one of National’s mainstays when it comes to election promises. Bribes work best when a government has nothing left to offer.

“We will cut taxes, not just in election year, but in a regular programme of ongoing tax cuts.

And we will do all of this while improving the public services that Kiwis have a right to expect. ”

In March 2008, then Finance Minister, Michael Cullen warned against borrowing for tax cuts;

His plan would cost an extra $700 million a year in financing costs alone, around what the government has invested in new health services for each of the last two years.

But the real worry is that Mr Key’s pro-debt policy shows he does not take long-term challenges seriously. His risky deal for tax cuts today would leave the bill to our children and grandchildren tomorrow.”

Undeterred, Key pursued his irresponsible promises and in August 2008 announced to a gullible public;

National will fast track a second round of tax cuts and is likely to increase borrowing to pay for some of its spending promises.

Key made the incredible assertion that tax-cuts would not impact on government debt;

“So that will be extremely clear cut and rather hermetically sealed.”

Key’s claim of “hermetically sealing” tax cuts from the rest of government fiscal activity was never fully explained, and nor did the MSM ever challenge that unbelievable promise.

In October 2008, Key repeated his fantasy of affordable tax cuts;

“Our tax policy is therefore one of responsible reform…  We have ensured that our package  is appropriate for the current economic and fiscal conditions… This makes it absolutely clear that to fund National’s tax package there is no requirement for additional borrowing and there is no requirement to cut public services… National’s rebalancing of the tax system is self-funding and requires no cuts to public services or additional borrowing’ .”

The rest is history. National was elected to power on 8 November and tax cuts implemented in 2009 and 2010. Government borrowing and  debt   rocketed;

A third round scheduled for 2011 was cancelled as the budget blow-out  caused – in-part – by  unaffordable tax-cuts began to hit home even on a profligate National-led administration.

By May 2011, National was borrowing $380 million per week to fund it’s debt. Bill English and John Key seemed startled by the government’s deteriorating financial position;

“The pre-election update in 2008 forecast that the deficit for this year would be $2.4 billion,” he said.

That level of deficit, as NZPA has previously reported, will be the highest in New Zealand’s history and Mr English confirmed that today.

Michael Cullen’s warnings over unaffordable tax cuts seem to have been long-forgotten as collective amnesia over-took the National Party leadership.

Worse still, it was the rising army of unemployed who were to pay the fiscal bill for National’s profligacy;

More than three quarters of all beneficiaries will be forced to seek work or face cuts to their payments under sweeping recommendations from the Government’s Welfare Working Group… Working group chairwoman, economist Paula Rebstock, said the present high levels of welfare dependency meant major changes were needed. “ There are currently few incentives and little active support for many people reliant on welfare to move into paid work. Long term benefit dependency can be avoided if investments are well targeted and timely…”  Social Development Minister Paula Bennett said the report was an opportunity to change the welfare system and would feed into Government work in the area.

Key indulged in National’s favourite activity when things went horribly wrong after his administration’s apalling policty-decisions. He blamed those at the bottom of the economic heap;

Prime Minister John Key says beneficiaries who resort to food banks do so out of their own “poor choices” rather than because they cannot afford food. “But it is also true that anyone on a benefit actually has a lifestyle choice. If one budgets properly, one can pay one’s bills. “And that is true because the bulk of New Zealanders on a benefit do actually pay for food, their rent and other things. Now some make poor choices and they don’t have money left.”

The Joy of Joyce’s Tax Bribe

On 8 February this year, Joyce announced aspects of this year’s coming Budget. Joyce  dangled the tax-cut carrot  in  front of voters;

“It is also very important to remain mindful that the money the Government spends comes from hard working Kiwi families. We remain committed to reducing the tax burden on lower and middle income earners when we have the room to do so.”

“I have discussed DTIs with the Reserve Bank Governor, who remains concerned about the levels of debt in some households in the context of recent increases in house prices.”

Joyce has good reason to be nervous. As of this year, New Zealand’s household debt has reached stellar proportions;

Any further tax-cuts will not only be based on cuts to social services (health, education, housing, NGOs, etc), but may further fuel the housing bubble.  This would raise the prospect of a monstrous  three-headed creature of National’s making where;

Joyce voiced this concern on 8 February;

“The use of macro-prudential tools can be complex and affect different borrowers in different ways. I am particularly interested in what the impacts could be on first home buyers.”

So further tax cuts may have negative impacts that a fourth National administration would have to deal with if it wins the 23 Sept election.

On top of which, New Zealanders would be faced with further cuts to social services and increasing user-pays in health and education. From our on-going housing crisis;

… to more user-pays in education;

… and the gutting of NGO services through budget-cuts;

When Kiwis take up National’s tax-cut bribes, they end up paying more, elsewhere.

But even slashing the budgets for the state sector and NGOs is insufficient to meet the multi-billion dollar price-tag for tax-cuts.  National is desperately having to scramble to find money where-ever it can. So-called student loan “defaulters” are firmly in National’s eyesights;

The agreement came into force in October and the details of around 10,000 New Zealanders were found in the first data match. The process has since been refined and a total of 56,897 people have now been located.

“These borrowers have a combined loan balance of $1.2 billion and $430 million of that is in default. Inland Revenue will now start chasing up these borrowers and taking action to get their student loan repayments back on track,” says Mr Joyce says.

Mr Woodhouse says “The data shows that more than half of these borrowers left New Zealand over five years ago, with nearly a quarter having been away for more than 10 years. A third of them have not returned to New Zealand in the past four years. One third of the group has had no contact with Inland Revenue, and 43% have not made a payment since they left New Zealand.

“It’s time these people did the right thing and met the obligations they signed up to when they took out their student loan,” Mr Woodhouse says.

Who else will National target to squeeze money out of?

What social services will National slash to fund tax-cuts?

What further user-pays will be implemented?

One further question; if National does not pay down our sovereign debt – how will the country cope with another global financial crisis and shock to our economy? As Joyce himself pointed out;

“ We need to keep paying down debt as a percentage of GDP. We’ve set a target of reducing net debt to around 20 per cent of GDP by 2020. That’s to make sure that we can manage any shocks that may come along in the future.”

When National took office from Labour, the previous Clark-Cullen government has prudently resisted National’s tantrum-like demands for tax cuts and instead paid down our sovereign debt. As former Dear Leader Key himself was forced to admit;

“ Firstly let me start by saying that New Zealand does not face the balance sheet crisis of 1984, or even of the early 1990s. Far from having dangerously high debt levels, gross debt to GDP is around a modest 25 percent and net debt may well be zero by 2008. In other words, there is no longer any balance sheet reason to justify an aggressive privatisation programme of the kind associated with the 1980s Labour Government.”

In 2012*, as Prime Minister Key  justified the partial sale of state-owned assets;

“ The level of public debt in New Zealand was $8 billion when National came into office in 2008.  It’s now $53 billion, and it’s forecast to rise to $72 billion in 2016.  Without selling minority shares in five companies, it would rise to $78 billion.  Our total investment liabilities, which cover both public and private liabilities, are $150 billion – one of the worst in the world because of the high levels of private debt in New Zealand.”

With our current debt of $66.3 billion, we no longer have a safety-buffer. That is the current dire state of our government books.

It is astonishing that Joyce has the nick-name of “Mr Fixit”, as he makes irresponsible hints of tax cuts to come.

Little wonder that Joyce’s unearned reputation as “Mr Fix It” was deconstructed by journalist and political analyst, Gordon Campbell;

The myth of competence that’s been woven around Steven Joyce – the Key government’s “Minister of Everything” and “Mr Fixit” – has been disseminated from high-rises to hamlets, across the country. For five years or more, news outlets have willingly (and non-ironically) promoted the legend of Mr Fixit…

Of late however, the legend has lost some of its lustre. More than anything, it has been his handling of the SkyCity convention deal that has confirmed a lingering Beltway suspicion that Joyce’s reputation for business nous has been something of a selfie, with his competence appearing to be inversely proportional to his sense of self-esteem. Matthew Hooton’s recent critique of Joyce in NBR – which was inspired by how the SkyCity convention deal had cruelly exposed Joyce’s lack of business acumen – got a good deal of traction for that reason. On similar grounds, Joyce’s penchant for (a) micro-managing and (b) the prioritising of issues in terms of their headline potential has resulted in his ministerial office becoming somewhat notorious around Parliament for (c) its congested inefficiency and for (d) a not-unrelated extent of staff burnout.

Not only is Joyce’s ministerial office renowned as an administrative bottleneck – where issues tend to be ranked in terms of their p.r. potential for the Minister – none of this seems to be in service of any wider goal or vision. As Mr Fixit, Joyce tends to be engaged in the equivalents of blown fuses and leaking taps – rather in the re-design of the political architecture. Joyce has simply never been – and has never pretended to be – a big picture kind of politician. He has been never someone with an abiding interest in – or the intellectual stamina for – systemic change.

The re-election of National this year – by any means necessary, whether beneficial to New Zealand or not, no matter what the social or financial costs – appears to be ‘Mr Fixit’s’  latest ‘DIY’ project.

And like most DIY budgets, wait for the blow out.

Scoop media: Government will not borrow for tax cuts

NZ Treasury: Financial Statements of the Government of New Zealand for the Year Ended 30 June 2010 – Debt

The Hand Mirror: A crack in the wall

Letter to the editor: Setting it straight on user-pays in tertiary education

Letter to the Editor: tax cuts bribes? Are we smarter than that?