The last 24 hours has seen an explosion of Professional Twitter Liberals making all types of vile character assassinations against Willie Jackson, hell I even had my own Facebook page invaded by Wellington Stormtroopers trashing TDB and attacking Jackson last night.

Some of the things being said about Willie Jackson are simply purposeful manipulations by people who want to be offended and outraged.

It’s embarrassing watching your own side be so alienating.

Here are the facts:

ALLEGATION: Willie Jackson is a homophobe because he said Grant Robertson can’t be Ledaer of labour because he’s gay.

RESPONSE: This is simply not true. Willie supported Civil Unions, Marriage Equality and the Homosexual Decriminalisation Bill. He asked Grant Robertson during one interview how Grant thought socially conservative Maori and Pacific Islanders would react to him being Gay when Grant was running for Leader of the labour Party . Asking that question is a lightyear away from claiming he’s homophobic, yet Twitter Liberals are making this accusation.

RESPONSE: He supports Maori Schools that support Maori students. NZ Public Education has been woeful for Maori, NUMA (National Urban Maori Authority) and MUMA (Manukau Urban Maori Authority) have both invested heavily in attaching schools to their Marae. Helping out the most vulnerable that the Public Education system have given up on isn’t a crime and when you consider that this is actually what educational sovereignty looks like, attacking Willie for this looks petty and a tad racist.

ALLEGATION: Willie Jackson supports rapists because he did the Roast Buster interview.

RESPONSE: He has apologised half a dozen times for the tone and direction of that interview which took place 3 years ago but to conflate what he actually said in that interview to supporting rapists is pretty vicious and utterly misplaced. 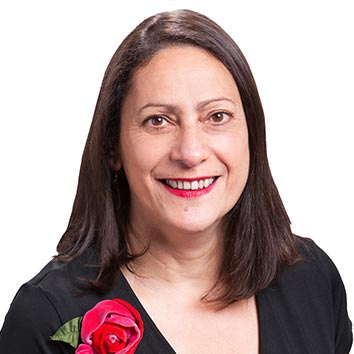 There seem to be a lot of defenders of Poto Williams online claiming that it’s good she’s ‘asking questions’ about Willie Jackson.

I have trouble accepting that as an answer.

Poto has undermined the Leader in public, she destroyed Labour’s media coverage at Waitangi and now makes Labour look weak, divided and more interested in fighting itself than the National Party.

How do any of you think this is being read outside our own social media bubbles to the voters Labour needs to win over to change the Government?

Does no one else see how terribly counter productive this all is to changing the Government?

We have yet to even get through the next 4 weeks of the Mt Albert by-election without Labour and Green activists ripping them selves to pieces online.

At some stage the Union bosses who employ many of these  Professional Twitter Liberals are going to have to be sat down and asked how effective they think they’re being right now.