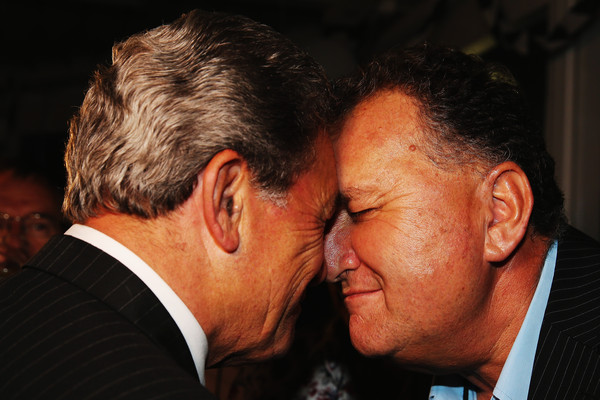 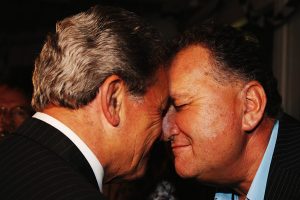 This has not been an easy piece for me to write. Watching in mounting horror as somebody – or something – you love and care deeply about gears up to do something self-destructive is never easy. And yet, that’s the apparent position which quite a few of us dedicated New Zealand Firsters appear to be in right now.

Unless you’ve been living on the dark side of the Moon for the past few years, you’ll most likely be aware of the swirling rumours that Shane Jones intends to mount a Parliamentary comeback at this year’s Election with New Zealand First. The media have consistently been reporting this notion for much of the last two years, in line with tips disseminated by a certain figure in NZ First’s Leader’s Office. And, for that matter, supported by things seen with their own eyes – Jones appearing with Winston at the latter’s Northland victory party, for instance; or Jones’ now-wife acting as Winston’s campaign manager for the same race.

But up until relatively recently, I was mostly content to dismiss speculation of Jones’ political necromancy as being empty media stirmongering. A sensationalist impulse looking for a story’s spine to shiver up. And not least because it appeared so self-evidently stupid for NZ First to even think about running Jones as a candidate.

That all changed late last month when I received independent confirmation from a number of different directions of Jones gearing up to announce his (NZF) candidacy. This was initially pegged to take place in somewhere around two months’ time – i.e. at or after the contract-period of his South Pacific Ambassadorship ran out (due to its strictures on political neutrality).

However, possibly in reaction to a growing chorus of disquiet within NZ First over Jones (which, I confess, I’ve played a certain role in stoking), it was then stated that the date had been moved forward. Most probably to the annual Waitangi Day BBQ which Jones holds every year at his property in Northland. Now, at this point I must reiterate that this date for the announcement – February the 4th – is not certain. It’s based on good information from highly placed sources who are usually solidly reliable. But as with everything concerning the upper echelons of NZ First, secrecy and subterfuge are draped like a fine double-breasted suit. In any case, even if we don’t see fireworks this weekend (either on the 4th or the 6th) – April (the other and perhaps more conservative date mooted) is not far away.

That’s why this week has seen a fulminating flurry of frenetic activity from quite a number of people within NZ First. We feel that the clock is counting down on this matter, and we’re anxious to ensure our voices are heard by Party decision makers. To that end, many of us have been writing letters to the Party’s Board of Directors requesting that they either i) clarify that Jones’ candidacy is not happening; or, ii) take into consideration our rather negative perspectives on him when making the determination under s44(a) of the Party Constitution as to whether not he’ll be allowed to stand as a candidate. [Jones, for what it’s worth, is not – as far as anybody seems to be aware – an actual Party member, and would require special Board dispensation in order to put his name forward for candidacy under the aforementioned section]

We can but hope that Democracy in New Zealand First wins out.

And that we don’t find ourselves in a situation arguably similar to that of the Democratic Party over in the U.S. – wherein the ‘rules’ were bent by decision-makers in order to turn the selection of a questionable candidate about whom serious concerns were percolating … into something of a fait accompli. That candidate’s name was, of course, Hillary Clinton. And, in no small part, this is how we got President Trump.

With New Zealand First about to have an absolute watershed year at the Election in September, it would be a damn shame if the Shane Jones sideshow were to imperil our chances. We’ve already had a number of people write in to tell us that they’ll be seriously reconsidering their support if Jones is put forward on our List.

And to be honest, who can blame them. A cursory examination of Jones’ political record would appear to suggest that he’s anything but a good fit for New Zealand First.

He rose to prominence advocating for causes which Winston would today describe as “separatist”. (including being a part of the Te Kawariki group which designed the Tino Rangatiratanga flag that Winston periodically objects to) And then turned around and helped betray Maoridom by selling off 50% of Sealord to the Japanese, rather than a local consortium. Winston, at the time, described the fruit of his actions as “a tragedy”.

Next, while serving as Labour’s Minister of Immigration, he granted citizenship against official advice to one Bill Liu. Who later turned out to be a seriously dodgy character and apparent international criminal. Why was Liu given citizenship? Well, in Liu’s words – he had (literal) friends in high places. I.e. Jones.

New Zealand First has long stood against cosy backroom deals – which, in this instance, bordered on corruption; and is eponymously associated with demands to clean up immigration. Jones’ actions while holding a Ministerial Warrant fairly directly tied to one of NZF’s hot-button issues were straight-up inimical to what we as a Party stand for.

Toward the end of his Labour career, he broke with his Caucus-mates (and, for that matter, the rest of the Opposition) to take a cautious stand in favour of Asset Sales. But only, you understand, provided that it benefited Maori corporate entities.

Again, a diametrically opposed stance to that which New Zealand First so resolutely believes in, on all fronts.

On top of this, the way Jones exited his previous party may prove sadly instructive for his likely relationship with a new one. Shortly after his surprisingly successful attempt at securing political rehabilitation following the damaging “Minister for Porn” scandal [which, for the record, I haven’t elsewhere mentioned both because I accept that it was an honest mistake – and, perhaps more importantly, because there are other far more serious grounds to skewer Shane on], he found himself ‘headhunted’ by National to take up a bespoke diplomatic posting. National’s reasoning here was quite simple – Jones represented one of the few prominent MPs within Labour to be perceived as able to ‘reach out’ to the working class/Waitakere Man voter; and thus, in National’s view, had to be neutralized in order to keep Labour at a reeling electoral disadvantage.

This, they did by luring Jones out of Parliament with the promise of what amounted to an all-expenses-paid three year holiday in the South Pacific. Jones took National up on their offer – abandoning the party which had made him first an MP and then a Minister in what some might argue was their hour of direst need. Certainly, his actions directly contributed to Labour reaping its worst electoral result in a century later that year.

Can New Zealand First really trust him to remain loyal when Labour could not? What about his relationship with National? Will he be an ‘enemy agent’ within our camp due to his close ties in that direction?

Interestingly, when he was leaving Parliament in 2014, Jones made a promise that he would not return to The House with any other party. The fact that he is now fairly openly shopping about his intent to politically resurrect under our banner would appear to suggest that Jones is not, in fact, a man of his word.

Now as applies that aforementioned relationship with National – it is not merely an idle nor ‘on paper’ thing. The National Party was quite happy to deploy him in its bid to sell the TPPA to the New Zealand People early last year. Jones, for his part (and, presumably, his thirty pieces of silver) appeared to have no issue getting up in front of Maori and other New Zealanders to extol the virtues of the sovereignty-stripping “trade agreement” which New Zealand First has fought so absolutely /bitterly/ in Parliament to try to prevent.

Not only does this suggest, as I have implied, a deep working relationship with National … it also rather luridly illustrates that Jones exists upon what we might frankly term the”neoliberal right” of New Zealand’s politico-economic spectrum. And ought be looked upon in suspicion as a result. Particularly as applies NZ First.

So there you have it.

I apologize for both the length and the vitriol of this piece; but it’s on a subject that’s simultaneously near to my heart and of great potential importance to the future of New Zealand politics.

In amidst the emotion, I hope that I have manged to set out some of the reasons why many of us here in NZ First are all up in arms about the potential for Shane Jones to turn up on our 2017 List; and, for that matter, outlined some elements of the strategy by which he may hopefully be blocked from candidacy.

When I signed up to this Party way back in 2009 – I did so out of a genuine desire to put New Zealand first. Given what Jones represents, it feels frankly uncontroversial to assert that advancing his political career is not a part of that. Maybe he’s changed? I’ll believe it when I see it.

But in any case, I’m pretty glad I’m not fighting this particular battle alone.

If you’re interested in what we’re doing – or you want to help – you can find us over at the Never Shane facebook page.

However our campaign plays out – there looks sure to be ‘interesting times’ ahead.

I believe that’s a Chinese curse.