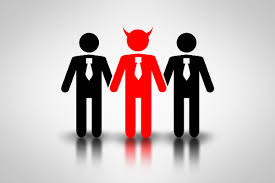 Catastrophes bring out the best and worst in people.

The best are helping out selflessly in their communities while the worst are looking for chances to exploit “disaster capitalism”.

Some of the worst came into public view this week when the Press revealed that three staff employed by the now-defunct CERA (Canterbury Earthquake Recovery Authority) to facilitate investment in post-earthquake Christchurch set up their own company to profit from their public positions and knowledge gained through their roles as public servants.

They have been fingered for trying to sell a property for $2.6 million from which they would have claimed a ”finder’s fee” of up to $300,000.

The CERA staff involved were Murray Cleverly who managed the Greater Christchurch Investment strategy and two of his senior staff – Gerard Gallagher and Simon Nikoloff.
When asked about their behaviour Gallagher and Nikoloff said they were entitled to do private deals like this and that their employers had known about it from the outset.

Of course their employers knew – their boss himself was a partner in their dirty dealings.

Cleverly now chairs the Canterbury and South Canterbury DHBs while the other two have moved on to work for Otakaro – again in senior management positions.

With the matter made public all three have now been stood down from their public roles pending an investigation by the State Services Commission.

The SSC has now expanded its investigation after new revelations Cleverly used his position at the DHB to advance his private interests in a similar way.

Cleverly is a director of Silverfin Capital which last year bought the CDHB headquarters in Christchurch which is now leased back to the CDHB to use. Cleverly only declared what he called a “perceived conflict of interest” after the sale. He excused himself on the basis he personally had not negotiated the final deal.

For the Chair of a hospital board to get involved in the sale and leaseback of hospital property (the Chief Executive’s role) to a company in which he has a personal interest is not a “perceived conflict of interest”. It’s a scandal. It’s an outrage.

And if it’s not corruption then what could it possibly be?

What this situation shows most clearly is the complete lack of public service ethos in these individuals. It is a lack of ethical behaviour which now pervades the senior levels of our public services across the country – both in government and local body organisations.

It’s the inevitable outcome of bringing private sector values into public services through the likes of public-private partnerships, council-controlled organisations and state-owned enterprises.
We have developed a revolving door whereby private sector “experts” are appointed to senior public servant roles only to return to the private sector and use their inside knowledge to ripoff ratepayers and taxpayers.

For example when senior IRD officials are “negotiating” disputed taxes with corporations it’s not uncommon to find themselves opposite former senior employees of the IRD who use their inside knowledge of loopholes and potential loopholes to minimise the tax paid.

It will be an enormous struggle to rebuild a decent public service ethos within central and local government. It won’t happen without big changes in how our public services are managed and operated.

In this regard the Labour Party deserves credit for its policy to return Housing New Zealand to being a government department.

It is only that sort of structural change, alongside the removal of significant numbers of senior managers such as those with values revealed in this Christchurch scandal, that we can have any confidence our public servants are working for us rather than themselves.