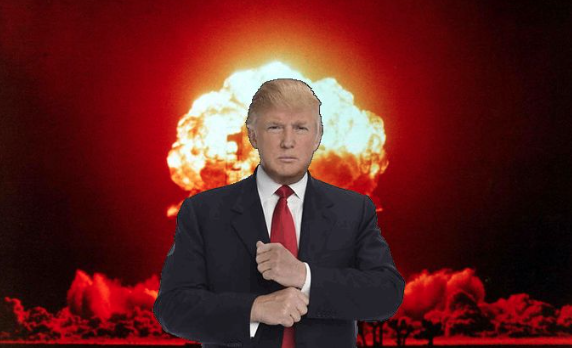 People didn’t elect Trump for stable Government, they voted him into destroy, damage and hate all the cultural insecurities & fears they feel from a perceived loss of privilege. This cultural dislocation is compounded by free market neoliberal globalisation that saw 50% of Union families vote for Trump.

Blaming Russia for ‘hacking’ the election is a joke. Apart from the fact that the CIA have murderously ‘hacked’ almost 100 elections around the world for their corporate death machine, all the ‘hack’ revealed was how corrupt the internal workings of the Democratic Party were in killing off the only candidate who could have beaten Trump, Bernie Sanders.

The total refusal by establishment Democrats to recognise how awful their own candidate was combined with their total refusal to look at their subservience to neoliberal globalisation was what won this election for Trump, not the fucking Russians.

To win in 2020, Democrats need to understand why so many poor working class people left them to vote in a sexist, racist, crypto-fascist and they need to appreciate how economic and cultural displacement has created so much resentment that an orange nazi could take the office.

Take well known Twitter activist Cassandra Fairbanks. She was a Bernie supporter from the beginning and used her profile to fight for his nomination. So disgusted was she by the Clinton Democrats and their hypocrisy in killing off Sanders, she turned into a Trump supporter. If an intelligent, well educated activist like Cassandra Fairbanks can turn against the Democrats, they have problems far larger than Russia.

I think social media could be the worst thing to ever happen to the progressive movement. Twitter and Facebook have allowed those with no voice to suddenly have an amplification of fury they’ve never enjoyed. That freedom to scream all the ‘isms’ we perceive attack our identify has managed to alienate, not build solidarity.

The progressive movement still seems incapable of accepting they lost and without understanding why they lost they are making it far more difficult to win back the leadership.

In the meantime, this fucking Trump abomination who manipulated those left behind by Democratic neoliberalism, is now running the most powerful nation on Earth. Everything must be done to remove him from office by 2020 and to do that will demand understanding of why he won and how neoliberal free market globalisation helped him win.

The Progressive Left have a hundred different competing agendas to implement once power is gained. The Right has just one, to stop the Left from gaining power.

There is now too much at stake to just be angry.