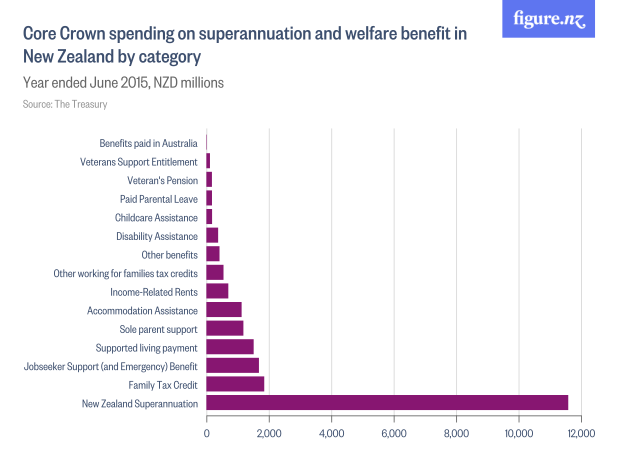 To understand all that is wrong in NZ Politics, just look at this one simple devastating chart…

Who benefit most from the Government? 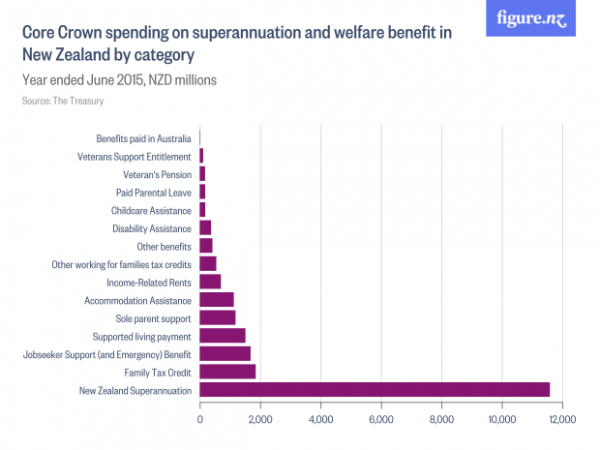 It’s our dear Boomer and older NZers who most reap the rewards of civil society. Their grave to the cradle subsidisation of their entire lives while pulling up the ladder behind them so that younger generations didn’t receive the same support is as crass as Paula Bennett’s.

Boomers will rush to claim that their Super has been paid for so can’t be compared to dirty filthy bennies who are just leaches on their hard work.

Nonsense, boomers and above gained their nest egg while economic conditions flourished. Now the nest can no longer look after the egg, boomers fly off and tsk tsk Gen Xers, Ys and Millenials for wanting organic coffee and central city living as the reasons for their inability to prosper.

A modest Auckland bungalow sold three times in four days after an investor made a young family an offer they couldn’t refuse then ‘flipped’ the property within 24 hours.

It borders another larger property in Mangere Bridge that was sold twice by speculators in the same timeframe.

Its price surged by $400,000 in under a week and another investor made nearly $1m capital gain in just six months.

...when 2 NZers have more than the poorest 30% of the entire nation, the time for debate is over and the time to riot is upon us.

If you are not any yet, you are probably between the ages of 18-39 and don’t vote. Those benefitting most from this free market intergenerational theft are banking on your apathy.