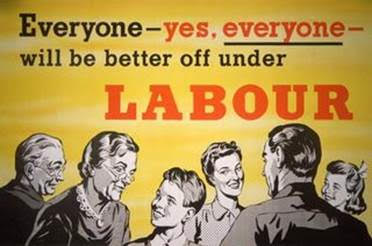 THE SOLUTION, if there is one, to Labour’s political woes is unlikely to involve the wholesale adoption of the führerprinzip. The notion that all Labour has to do to reclaim the Treasury Benches is to find a leader capable of being admired, trusted and liked by the voters has found an enthusiastic advocate in Simon Wilson. Unfortunately, enthusiasm is no substitute for political understanding.

“I’d have voted for Helen Kelly for prime minister”, gushes Wilson. “I’d have voted for David Shearer, too. I dearly wish I’d been given the chance to do both.” Never mind that a vote for Shearer would have been a vote for the resumption of Rogernomics, and a vote for Kelly would have been a vote for its long-delayed repudiation. For Wilson, a party’s principles, and the content of its manifesto, mean nothing. The sole criterion by which its fitness to rule should be judged is whether or not its leader gets the electorate’s juices flowing.

That this approach to politics amounts to an open invitation to the Donald Trumps and Adolf Hitlers of this world to traduce our democratic institutions in no way slows Wilson down. Indeed, having proudly declared that he would have voted for Helen Kelly, Wilson proceeds to rubbish her final political testament that politics should be “about values” and that there is “far too much attention on leadership”.

“It sounds sensible”, says Wilson, “but sadly it’s not. It’s the idea that has done more damage to the Labour Party than any other since Rogernomics. Why? Because it keeps them out of power.”

Quite how Wilson is able to reconcile identifying Rogernomics as one of the main reasons Labour finds it difficult to attract electoral support with his earlier contention that he would have happily voted for David Shearer, is anybody’s guess. Perhaps he doesn’t know that Shearer became active in the Labour Party because of Rogernomics – not in spite of it. Or that shortly after becoming Labour’s leader, Shearer informed New Zealanders that he was an ardent admirer of Esko Aho, Finland’s neoliberal shock-therapist prime minister. I guess it all comes back to Wilson’s contention that ideas and policies are less important than whether the voters are ready to give their führer what really counts – power.

That one of the reasons political leaders are admired, trusted and liked is because their party’s ideas and policies correspond closely to broad swathes of the electorate’s own hopes and dreams, does not appear to have occurred to Wilson. We should not, however, be surprised at his failure of imagination. Wilson’s political vantage point is that of the elite observer; the technocratic fixer; the well-connected insider looking out – and down. Viewed from this perspective, voters are clay to be shaped and moulded, not citizens to be heeded.

If power is something that can only be bestowed from above, not seized from below, then Wilson’s support for the idea that Labour should be a “broad church” makes perfect sense. If one’s choice of political party is dictated solely by considerations of personal taste – like the choice between Coke and Pepsi – then the political ideas of its membership are irrelevant. Except, of course, membership of a political party is not determined by personal taste but by personal conviction. Once again, Wilson is guilty of a profound political misunderstanding.

The idea of Labour as a “broad church” harks back, as the metaphor suggests, to matters of individual conscience – not political economy. In the days when it really was a working-class party, Labour had to be able to accommodate both teetotal Methodists and Salvationists as well as hard-drinking Catholics. Staunch educational secularists had to be willing to get along with the supporters of parochial schools. Arguments for and against capital punishment raged alongside debates pitting pacifists against the supporters of king and country.

On questions such as the state’s dominant role in the New Zealand economy, and the centrality of the trade union movement to the working-class’ economic and political power, however, Labour was – until Rogernomics – a very narrow church indeed.

It is doubtful whether any party could have survived the sort of breakneck ideological expansion that Roger Douglas and his allies imposed upon the New Zealand Labour Party in 1984. Indeed, the only truly surprising aspect of the internal reaction to Rogernomics was how long Labour’s left-wing waited before splitting away in 1989. The latter’s departure did not, however, make Labour a broader church ideologically. On the core issues of political economy, Labour remained as narrow as ever: neoliberalism taking the place democratic socialism.

More surprising, perhaps, was the party’s failure to remain a broad church on matters of conscience. As the party’s socialist credentials faded, the rainbow colours of the new social movements of feminism, anti-racism, gay rights and environmentalism intensified. So brightly did this “identity politics” shine that Labour’s long-standing tradition of agreeing to disagree on issues of personal morality retreated into the shadows. In 2017, it is still possible for a member of the Labour Party to be “misogynistic”, “racist” and “homophobic” – but not openly.

The present-day party’s vigilant intolerance of socially conservative views is only possible because the ideological upheaval of Rogernomics reduced Labour’s membership from a staggering 85,000 in 1984 to around 8,500 in 2017. The militant “political correctness” of which Labour currently stands accused would have been unenforceable in its days as a mass party and remains a significant barrier to it ever becoming one again.

This is a problem, because although the purposes of politically correct party cadres may be served by ensuring that Labour’s membership remains “fewer but better”, the business of winning elections is all about “the more the merrier”. If all that Labour is prepared to offer the electorate is an unpalatable combination of watered-down neoliberalism and beefed-up identity politics, then winning elections is not going to be easy.

Wilson argues that Labour must learn from Michael Wood’s emphatic by-election victory in Mt Roskill: “Wood joined the dots. A party committed to raising wages must also be committed to better parental leave, childcare support and equal pay for women. A party determined to resolve the housing needs of the destitute and the working poor must confront the complex issues involved on the basis of class and race.”

But isn’t this precisely the sort of values-based and ideas-driven politics that Helen Kelly championed, and Wilson decries? And wasn’t Wood admired, trusted and liked because the people of Mt Roskill knew him to be a politician whose hopes and aspirations matched their own? And didn’t his campaign succeed because, rather than highlighting the characteristics that set the multi-ethnic communities of his electorate apart, he focussed on the issues that drew them together?

And isn’t that what being the leader of Labour’s “broad church” is really all about?