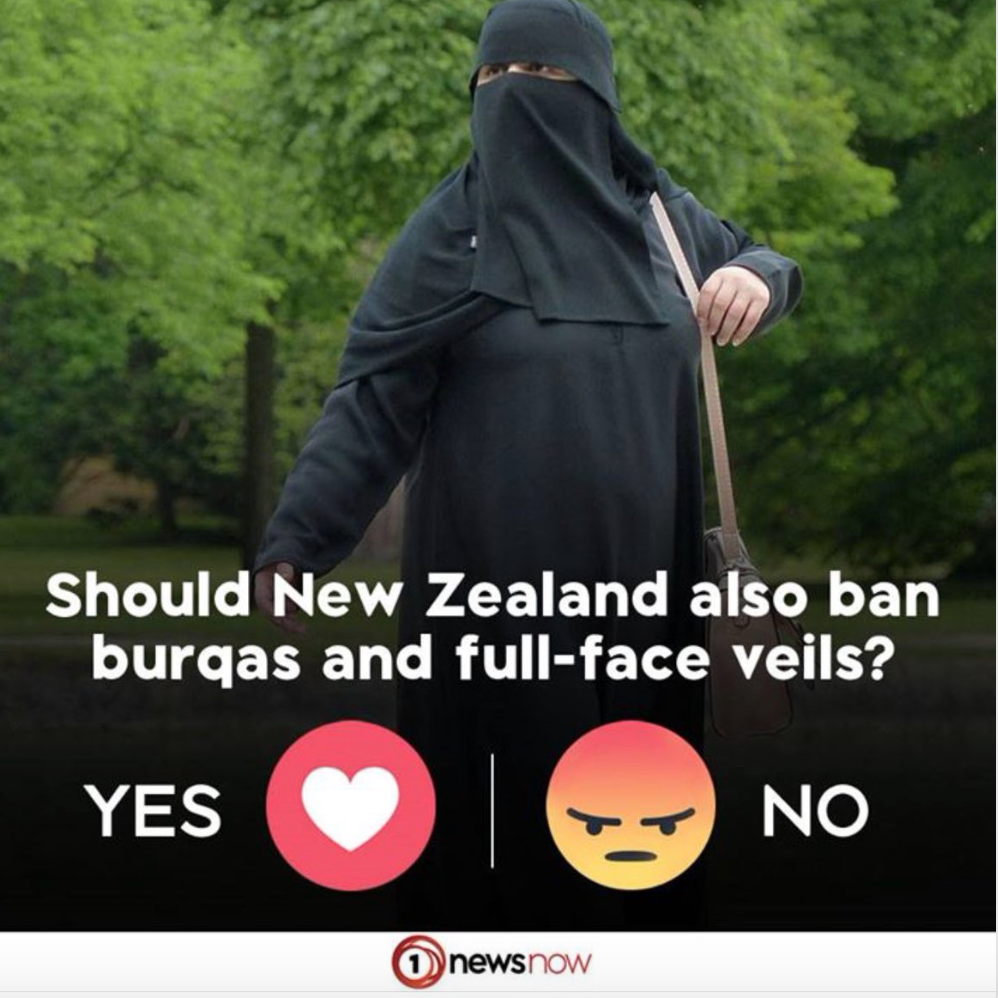 TVNZ are plucking duelling banjos with a bit of good old fashioned culture baiting with this wee gem aren’t they? 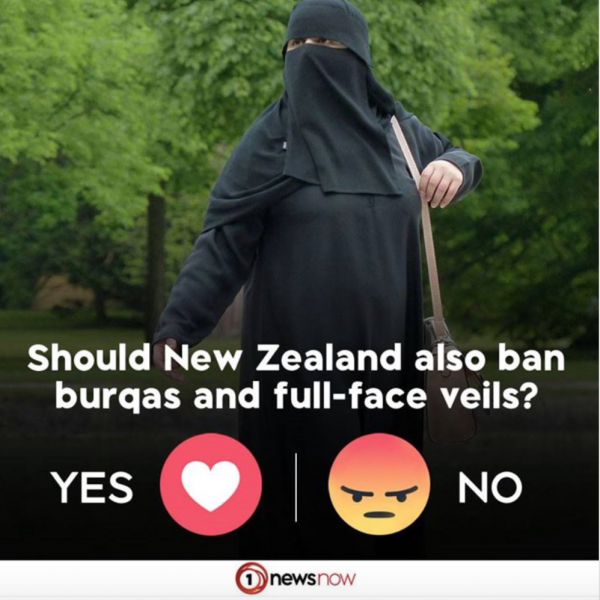 Let’s be honest about the burqa.

It’s startling isn’t it when you bump into it on the street?

So much of our Western identity and value is in the appearance of our individualism, the clash of removing that is intrinsically difficult for us to accept.

That cultural shock wave is followed up by the physical shock of seeing it. We aren’t used to on these far flung Isles to seeing women covered head to toe. We also immediately attach mainstream media stereotypes of extremist Islam and have strong philosophical and feminist critiques of such cultural practices which have every right to be acknowledged.

So let’s agree it’s an issue that causes some fright on our behalf. It pushes a lot of buttons and we should be honest about that.

But above all, we need to be tolerant.

Let me re-wind a fortnight.

I believe the first week of this year taken up by whether or not Peter Leitch was racist was a terrible blunder by progressives because while the cultural elite know what a micro aggression is, the majority just trying to pay the bills each week would see it as a distant academic debate as far removed from their reality as the winery it happened in. It caused a backlash which Bill English exploited with his decision on not attending Waitangi Day at Waitangi.

But that doesn’t mean the pain Lara Wharepapa-Bridger felt wasn’t legitimate or justified in articulating (the mainstream media picking it up and making it a headline is another matter altogether). How we interact with each other in our public spaces is crucial to the quality of life and autonomy we freely give each other in a liberal democracy. Lara Wharepapa-Bridger’s anger and distress was a sharp reminder of our need to show each other civility and respect in public.

I mean we aren’t going to be civil or respectful towards each other in 140 characters, so we may as well try and do it in the real world.

Which leads me back to tolerance of Burqas.

First, let’s deal with the legal argument. Under NZ law, any law enforcement offical who needs to be able to recognise a persons face for identification purposes must be allowed to see under a burqa. So the arguments about safety and identification just don’t have any legs.

Secondly, let’s deal with the religious argument. Muhammed was asked how men and women should dress and he replied, “Modestly”. Now Do I personally think that when Muhammed said ‘modestly’ that he meant a glorified bed sheet with a veil? No, I don’t think he meant that at all, but you know what? This isn’t my bloody religion, and what I think about it doesn’t mean jack shit.

Freedom of religion is just that folks. Freedom of religion. Now I don’t believe in any of this religious business, but as long as they don’t impact me or stop me from enjoying and practising my values, they can wear whatever the bloody well like.

Which brings us to the third issue, isn’t it sexist to force women to wear the Burqa and if we allow it to happen aren’t we all in fact participating in that abuse? It’s a solid concern and a valid question.

But here’s the reality.

It doesn’t really matter what we think.

When you consider the awful amount of verbal abuse and cat calling women have to put up with in public in NZ, you actually appreciate why a Burqa might actually be a wonderful thing!

Civility and tolerance in public are essential if people are to feel free in our community. No one deserves to be harassed in public, and we should all as good citizens feel that it is our obligation to step in when something does occur.

Admitting that the burqa is a bit scary is fine and human. Using that fear to justify a harsh and authoritarian crack down on what others wear is not fine (but is sadly pretty human).

Let’s appeal to the better angels of our nature, more tolerance and compassion for each other on the street and less hate.