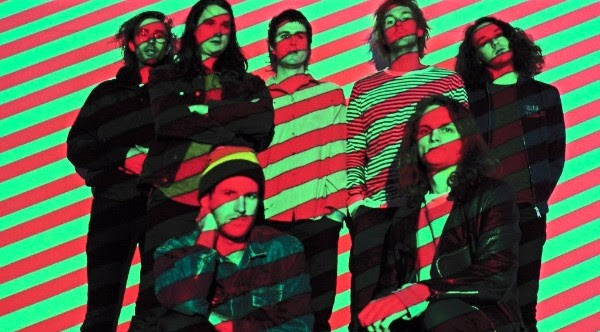 We are thrilled to welcome the incomparable Melbourne act KING GIZZARD AND THE LIZARD WIZARD to St. Jerome’s Laneway Festival in all territories and cities. Possibly the hardest working band (and 100% the most prolific), King Gizzard have released eight albums since forming in 2010 including one of 2016’s finest, the award-winning LP Nonagon Infinity (Double J Award for Best Album, ARIA Award for Best Hard Rock Album).

Having just announced that they will release a staggering five albums in 2017, it’s likely that Laneway will be the band’s very last shows in this part of the world for some time. King Gizz are off to take on North America and Europe, with their name on the just-revealed Coachella bill.

“King Gizzard and the Lizard Wizard are one of the world’s best live acts and we’re delighted that we have managed to add them to the Laneway bill,” Co-promoter Mark Kneebone says. “We think Albert Park will be the perfect setting to introduce New Zealanders to their legendary live show.”

With just three weeks to go until Laneway, tickets are selling fast, so music-lovers are advised to book now before the festival sells out.