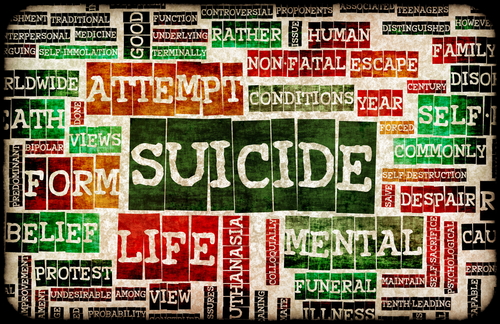 Another year, another tedious summer update of road deaths.

This is lazy journalism, it’s not news. Imagine what we could do in this country of the media focused on the suicide rate the way they do the bloody holiday road toll.

We lost 579 lives to suicide in the 2016 financial year, our road toll death rate will be around 330 this year. We need a determined focus on why so many NZers, in particular men, are killing themselves at the horrific levels they are.

That won’t happen of course. It’s easy to bleat about the road toll because the causes are simplistic. We don’t want to as a nation understand or ask questions about our suicides.

We don’t want to ask why they’ve increased since the 30 year neoliberal experiment.

We don’t want to ask how punitive social policy has contributed to suicide.

And we don’t want to know how stress, poverty and depression play into it because we are too busy lying to the rest of the planet about what a clean green God’s own paradise we live in.

We are in denial about how our neoliberal welfare state and free market consumer culture has contributed to the zeitgeist of suicide and we don’t have the maturity to confront our delusion so expect more breathless holiday road toll reporting instead of insightful social reporting.

We need to replace our elitist corporate media.