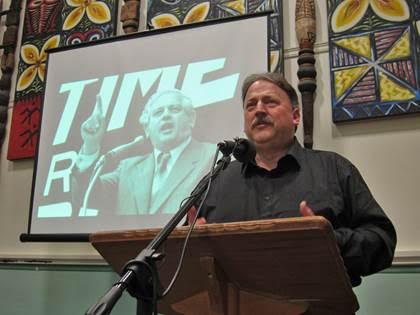 “CONSERVATIVE LEFTISTS” espousing “conservative leftism” have become a thing. The term is applied (neither generously nor kindly) to those ageing members of the broader New Zealand Left whose understanding of progressive ideals was forged in the 1960s and 70s. Generally speaking, conservative leftists are depicted as political has-beens whose only continuing contribution to the progressive cause involves standing in its way.

Conservative leftists (among whom I proudly count myself) naturally dispute this extremely negative characterisation of their contribution. They would argue that, in the present political environment, speaking up for the Left’s core principles and the protection of the constitutional framework that makes such expression possible, is the progressive movement’s No. 1 priority.

Balancing individual rights against collective need has always been the Left’s most daunting challenge. Err too far in advancing the former and we end up like the New Zealand Labour Party (NZLP) in the 1980s. Advance too energetically the claims of the latter and we rehearse all the worst aspects of Soviet-style socialism and the Bolivarian populism of present-day Venezuela.

The political system which makes possible the simultaneous advancement of both individual rights and collective needs is representative democracy. Which is why the NZLP, in its post-war search for a term to distinguish its own political philosophy from the totalitarian Marxist-Leninist doctrines of the Soviets, hit upon the term “Democratic Socialism” (the promotion of which still constitutes one of Labour’s key objectives). That political parties are required to seek a popular mandate for their policies – and then have that mandate reaffirmed – militates against the sort of revolutionary extremism that, for nearly a century, has led so many people to associate socialism with regimentation and repression.

Conservative leftism’s unwavering commitment to democracy (and to all the patient political persuasion that goes with it) not only earns it the scorn of the revolutionary left, but also the enmity of the neoliberal right. This mutual loathing has, on occasion, given rise to some pretty unholy political alliances. Confronted with the unwillingness of the Pakeha majority to elect Maori to public office, for example, radical leftists have cheered on the Executive’s use of special appointments to by-pass the electoral process altogether.

This “my enemy’s enemy is my friend” approach to politics is deeply offensive to conservative leftists. If the history of the last forty years has taught us anything, it is that Neoliberalism is fundamentally incompatible with democracy. The “governance” we hear so much about from neoliberal bureaucrats is a very different beast from the “government of the people, by the people, for the people” that defines representative democracy. Neoliberals understand as well as conservative leftists the power of the democratic process to enforce an equitable balance between the demands of the market and the needs of the population – and they will go to almost any lengths to undermine it. Just ask the people of Canterbury.

Allowing the ruling class to pull off an end-run around democracy may work to the short-term advantage of the radical left on a limited number of highly contentious issues – like affirmative action – but in the long run such tactics can only weaken the institutions that make it possible for ordinary people to challenge their rulers. Conservative leftists would further argue that by offering no serious opposition to the radical left’s anti-racist, anti-sexist, anti-homophobic and pro-immigration agenda, neoliberalism has shown the politics of identity to be entirely compatible with extreme individualism and unfettered market freedom.

It should go without saying, but in the febrile atmosphere of contemporary leftism I suppose it must be said, that the conservative left in no way resiles from its long and proud history of battling racism, sexism and homophobia. The dismantling of all legislative barriers to the full and equal participation of all citizens in the life of their communities is fundamental to the Left’s emancipatory narrative. Where conservative leftists part company with their more radical comrades, however, is over the degree to which the coercive powers of the state should be deployed to curb the expression of personal prejudice. State sanctions against hate speech may silence hateful expression, but they do not extinguish hatred itself. Hate is patient and depressingly resilient. Just ask Donald Trump.

The conservative left’s wariness of asking the state to fight the progressive movement’s battles for it also extends into the foreign policy arena. Some of the most vituperative critics of conservative leftists are to be found among those radical left-wing “humanitarian interventionists” who, on the vexed issue of the Syrian Civil War, have argued themselves onto the side of western imperialism. They rail against the alleged hypocrisy of leftists who criticised the US invasion of Iraq, but have maintained an immoral silence over Russia’s support for the government of Bashar al-Assad.

Conservative leftism’s response is simple. Wars are such appalling things that the best foreign policy course is almost always to avoid getting into them. If war rages on nonetheless, then the next best course of action is to bring the fighting to an end. If this can be done by negotiation, then negotiate. If negotiation fails, then the next next best way to stop a war is to win it. This is exactly what Bashar al-Assad and his Russian and Iranian allies are doing.

It is a regrettable but undeniable fact that those who cry: “Let justice be done though the heavens fall!” are seldom to be found living in the rubble. It is equally true that over the course of the last three, unnecessarily bloody, decades, western imperialism’s “humanitarian interventions” have created a great deal of rubble.

The conservative left’s unwavering purpose is to preserve progressivism as a movement with mass appeal. That means articulating and adapting the Left’s 250-year-old narrative about freedom, equality and solidarity to a post-modern age in which there is little patience for the grand narratives of the past. If Frederic Jameson is right, and post-modernism is indeed the “cultural logic of late capitalism”, then the system’s impatience with metanarratives is unsurprising. Stories are powerful things. Big stories show us how to live, and how to die. Even bigger stories teach us what is worth living – and dying – for.

For the very good reason that it has freed and fed more people than any other grand narrative in human history, we conservative leftists will continue to guard closely the story of the Left.