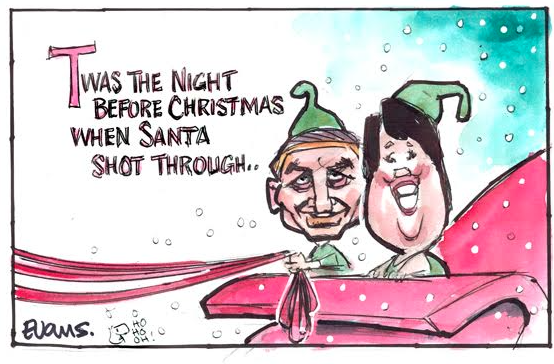 Minister for National Security and Intelligence

Leader of the House

Minister Responsible for the Earthquake Commission

Deputy Leader of the House

Minister for Sport and Recreation

Minister for Treaty of Waitangi Negotiations

Minister in Charge of the NZ Security Intelligence Service

Minister Responsible for the GCSB

Minister for Workplace Relations and Safety

Minister for the Environment

Minister for Building and Construction

Minister of Energy and Resources

Minister for Arts, Culture and Heritage

Minister of Science and Innovation

Minister for the Community and Voluntary Sector

Minister of Commerce and Consumer Affairs

Parliamentary Under-Secretary to the:

Here are the real dynamics at play.

Clearly Judith Collins has bee slapped in the face and demoted but it’s an incredibly dangerous move by English.

Collins has been demoted while English has had to allow some of the backbenchers in, but that’s part of English’s problem. Alfred Ngaro and Mark Mitchell are hard right wing stromtrropers who are Judith Collins boys so she’s managed to build numbers in the Cabinet.

Simon Bridges is Matthew Hooton’s plant for the next Prime Minister so he’ll be thrilled his Manchurian candidate has risen through the ranks.

They’ve dumped having a Housing Minister altogether because National are being crucified on that front.

The completely useless Louise Upston who has been an embarrassment to women as Women’s Affairs Minister has been given Corrections and my pick is she will be the first to get crushed. We know already that many of the worst aspects of what have already been revealed in terms of fight clubs and stand over tactics in Serco prisons have already occurred at their Wiri Prison. Once the mainstream media slowly catch onto that story, Louise is toast.

Paula Bennett has gained Minister of Women’s Affairs in a desperate attempt to humanise her.

This reshuffle is an attempt to manage the political ambitions within National while trying to neuter Collins as the greatest challenger to Bennett. It is flawed because it’s ended up humiliating her publicly, brought staunch supporters of hers into the Cabinet and has set a fuse with Louise Upston about to front a new scandal at Wiri.

This reshuffle is actually a noose for English’s own neck while Matthew Hooton rubs his greasy mitts with glee.