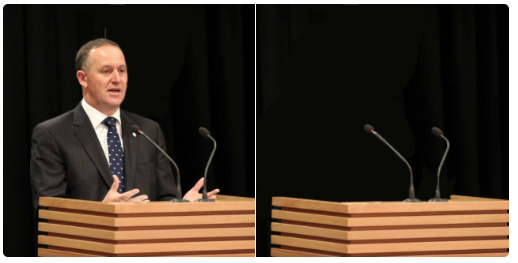 The charade of this government’s sound economic management is unravelling. Misleading GDP figures, pumped up by property speculation and high immigration, have given the impression that all is well, masking our continued economic decline compared to OECD countries.

In fact, we are near the top of the OECD in hours worked, but near the bottom in terms of productivity. We’re working harder and working longer hours, but not working smarter. The result is that we’re getting more stressed, with less time for families and each other, while losing ground economically.

The latest analysis of labour productivity comes from the Productivity Commission, showing a cluster of related problems that are contributing to our low productivity. Firstly, there is low investment per worker. The Productivity Commission shows low investment in workers skills in 19 out of 24 industries, compared to Australia. With relatively low wage rates and more short term contracts, there is low investment in upgrading worker skills and improving technology. This is made worse by our education system failing to provide a decent education to kids in low decile schools and under-investing in vocational education and training opportunities.

Secondly, the Productivity Commission report shows that, instead of investing in productive enterprise, investment is going into tax-free speculation, such as residential housing. New Zealand’s diversion of capital into residential housing is far above the OECD average.

As a result, productive enterprises aren’t getting access to capital, or if they are, they are paying high real interest rates compared to OECD countries. It doesn’t help that light regulation of the banking sector has allowed banks to widen the spread between their cost of capital and interest rates, thereby boosting bank profits but acting as a drag on the economy. This flows through into artificially high exchange rates, further penalising exporters.

This provides a strong argument for shifting the tax burden away from speculation towards the productive economy through the Green Party’s proposal for a capital gains tax, as well as stronger competition in the banking sector and the development of a savings culture. We need to ensure that New Zealand manufacturing and the productive services businesses are not penalised by high interest costs and over-valued exchange rates.

Thirdly, the Productivity Commission in successive reports has documented how consumers pay high prices for non-traded goods and services in New Zealand. This is partly a result of high housing costs that contribute to high cost of living, but also due to a lack of competition in non-traded sectors and domination by a few companies. The last three decades of ‘light regulation’ have resulted in a high cost economy and high costs to vulnerable people and the economy through failures like Pike River, finance companies and leaky homes.

Deregulation comes with a high personal cost, as shown in a recent report on the tertiary education sector, on student visa fraud. A lack of regulation has allowed New Zealand to become a destination for low-grade diplomas with the likelihood of a getting a visa to live in New Zealand as part of the package. Scams and evidence of organised criminal activity by agents have left students vulnerable and New Zealand’s reputation in tatters. Our fourth biggest foreign income sector is at risk.

Further examples of migration fueling exploitation of migrant workers comes  from a University of Auckland report, with cases across agriculture, horticulture, construction and hospitality, building on previous investigations of slave labour in the fishing industry. The report shows migrant workers being paid for half the hours they work and paying their own salary to “buy” permanent residency.

The government would like to lock in this deregulation so governments could not reverse it. They are trying to do that through trade agreements. They failed with the Trans-Pacific Partnership Agreement (TPPA), as they have in previous attempts, because of the strong New Zealand and international campaign. But the new Minister of Trade, Todd McClay isn’t giving up. We will need to mobilise against the Trade in Services Agreement TiSA and the Regional Comprehensive Economic Partnership RCEP.

This research reveals the story of an economy being driven by increased government and private sector debt, speculation, immigration and poorly-regulated, low-productivity services such as education for foreign students. It is a long way from the pretence that the economy is doing well, a myth endlessly repeated by the new Prime Minister and the National Party. We can do better.

Barry Coates MP is a Green Party list MP, based in Auckland.