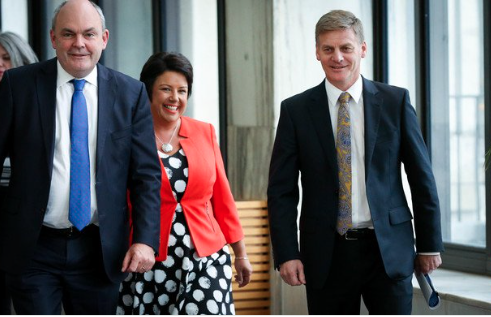 The 3 reasons why migrant workers are being exploited in NZ

Oh for the love of Christ – how on earth is this surprising?

Widespread migrant exploitation has been uncovered in New Zealand with a new report stating workers have been unpaid, denied toilet breaks and subjected to threats and abuse by Kiwi bosses.

More than 100 migrant workers who have fallen victim to exploitation and human trafficking in New Zealand have relayed disturbing accounts of abuse to Auckland University researcher Dr Christina Stringer.

Workers claimed their passports have been confiscated, their movements have been restricted and they’ve been forced to work up to 18 hours a day and live in overcrowded, substandard accommodation.

Some reported being propositioned for sex by employers while others said New Zealand authorities had refused to listen to their pleas for help because they didn’t have the right documentation.

Of course there is exploitation of our migrant work force!

How could any Kiwi pretend otherwise?

These are issues that The Daily Blog has been highlighting for the last 3 years!

We have a corrupt work and student visa system in place bringing in 250 000 migrant workers/students on top of record immigration of 70 000+ each year. We have a Government who are doing this because it keeps their property bubble high and it pushes down labour demands.

There is a simple, simple, simple solution – unions. Every migrant worker should be a member of a specially formed migrant worker Union and given the details for that Union when they enter the country. This would immediately eradicate 90% of these abuses and prosecute the remaining 10%.

It is our neoliberal free market immigration system combined with a Government who hate unions that has created an environment as toxic as this is for migrant workers.

Businesses are currently making a mockery of our employment laws and abusing people while we turn a blind eye.

This is New Zealand in 2017. Who knew property investors would be given such power as to warp our entire immigration policy?

With interests this vested, it’s no wonder the news media are so slow to pick this up.