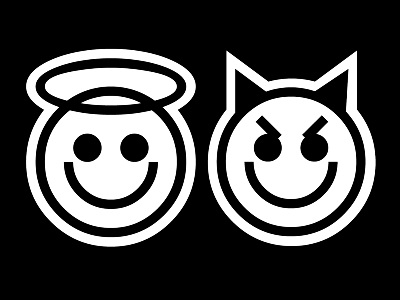 The US is facing at least two major problems at the moment. One is that Donald Trump doesn’t care about the fact that he has persistently been blatantly disrespectful to Muslims, immigrants, the LGBTIQ community, women, people with disabilities, and other minority groups. Problem number two is that a considerable proportion of anti-Trump America is showing a similar level of disrespect to any and all Trump voters.

Take this recent Huffington Post article, for instance, which none-too-subtly likens Trump supporters to Nazis. Even if we were to accept the 1930s Germany comparisons for a moment, there is no conceivable way 62 million Americans would have any remote desire to associate themselves with what Naziism has come to stand for. So what good, exactly, will talking about these people in neo-Nazi terms do when you’re sending a message that sounds like “watch out for your evil, minority-hating, generally deplorable fellow Americans?”

This is, of course, just one playing-out of how easy it is to litter our speech, our Facebook posts, our media stories, our research–with more and less obvious signs of separation between “me”/”us” and “them” or “the other”. Not only do we disagree with the other, not only do we have a different background, but  –and herein lies the problem – we are clearly better, more deserving, human beings than this other set of human beings. Instead of making their ideas or practices stand up to scrutiny by explaining why our alternatives work better, we directly attack the person or group behind the problem.

This dehumanizing contravenes my own values, but it is also tactically unproductive. Former Jihadist Manwar Ali explains in this TED talk that when he identified with the radical form of jihad advocated by groups like Isis:

I tried to right wrongs through power and aggression. I had deep concerns for the suffering of others and a strong desire to help and bring relief to them. I thought violent jihad was noble, chivalrous and the best way to help.

… What have I learned [since defecting]? That people who engage in violent jihadism, that people who are drawn to these types of extremisms, are not that different to everyone else.

And how did the former young leader of the white nationalist movement in the US Derek Black come to change his views? That was a gradual process, which had a lot to do with some of his university acquaintences deciding to talk to him rather than ostricize him – which is what they had initially done upon finding out Derek’s identity. Defecting was not an easy decision, not least because Derek knew he would likely be ostricized in a similar way by his own family  –and indeed he was. But even his father Don had to admit he was surprised when, on the one occasion severl years later that he was talking to Derek:

Derek still had his dry sense of humor. He still made smart observations about politics and history. “Same old Derek,” Don concluded, after a few hours.

If the decisions that Manwar and Derek had to make were painfully difficult, it is safe to say the othering that they were subjected to, one as a violent jihadist and the other as (more accurately) a white supremacist, will, if anything, have only reinforced their conviction that they both needed to keep fighting the enemy. As George Lakoff, professor of Cognative Science and Linguistics at UC Berkeley reminds us:

It’s time that progressives started listening to Lakoff by framing our values rather than working on the offensive to ostricize the Other, or quash their values. Because until lots of us can look the former versions of Manwar and Derek in the eye and articulate our worldview and why it matters, and continue to imagine and describe what the world we want to live in looks and sounds and feels like… The people leading groups with conflicting ideology to ours will be louder and clearer. They will be better at recruiting. They will organize.

Theoretically the best thing about democracy is that everyone gets a voice. But we need to make sure that we use ours strategically, and that we remember that practically everyone believes they are fundamentally good, moral human beings.