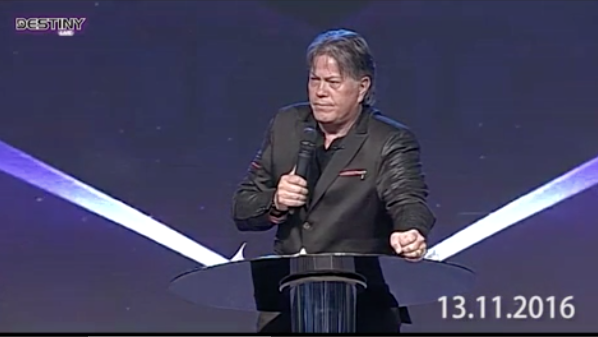 Activist group, Socialist LGBT Aotearoa will be following the lead of LGBT activists in Rotorua on the 20th of November by staging a protest outside Destiny Church in Manukau this Sunday at 10am in response to Brian Tamaki’s statement that gays and sinners caused the Kaikoura earthquake.

Organiser Wayne Baker says, “whilst the LGBT community seems to have taken Brian’s statements with a grain of salt and laughed it off, which is great, it is the LGBT youth and young adults who are struggling with coming out and gender identity, that might take these statements more seriously. So we’re going to stage a Big Gay Disco out the front of the church to show that the LGBT community is strong and that we’re not going to tolerate Brian Tamaki’s bigotry. We want to bring attention to these delusional claims by staging a peaceful protest of love, not hate. My boyfriend and I didn’t cause an earthquake. This is not a protest against the people who attend Destiny Church or their religion. It is a protest against hateful and false statements made by their leader.”

Socialist LGBT Aotearoa would like to invite all members of the community regardless of their gender or sexuality to join them for a fun, family friendly non-violent peaceful protest to stand up for LGBT children inside and outside of Brian Tamaki’s Destiny Church.

Organiser Wayne Baker says further, “we want it to be as gay as possible. There’s going to be disco and gay icon diva classics played, costumes, possibly a drag show or two and of course some traditional protest chats against hate and pro love.”

Socialist LGBT Aotearoa is the LGBT wing of Socialist Aotearoa which is a political activist group who fight for social and economic equality in Aotearoa. They organised the successful protest against John Key’s presence at the Big Gay Out earlier this year.