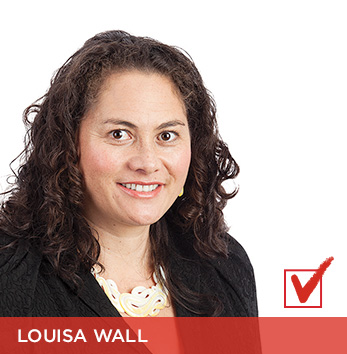 In June 2015 in the High Court at Wellington Justice Collins decided that Lecretia Seales’ doctor would be likely to be prosecuted under the Crimes Act if she helped her to die, and that New Zealand’s Bill of Rights Act does not provide for assisted dying.

Justice Collins stated in conclusion that –

“Although Ms Seales has not obtained the outcomes she sought, she has selflessly provided a forum to clarify important aspects of New Zealand law. The complex legal, philosophical, moral and clinical issues raised by Ms Seales’ proceedings can only be addressed by Parliament passing legislation to amend the effect of the Crimes Act.”

Therefore, on 18 November 2016 at the Health Select Committee hearing on the petition of Hon. Maryan Street and 8,974 others, Professor Mark Henaghan and I tabled an Authorised Dying Bill that we have been working on since the High Court decision.

The Authorised Dying Bill proposes a legal process for an application to be made to an independent ethics committee by a mentally competent adult who has been diagnosed with a terminal illness and is expected to die within 12 months. The ethics committee would be comprised of experts in diagnostic medicine, psychiatry, ethics, Maori tikanga, disability, elderly care and law. The applicant must have been fully informed of all options in respect of their terminal illness and the ethics committee is provided with their full medical records. It is then for the committee to determine whether to grant approval and to determine the appropriate procedure to carry out that approval. It is a process that allows a person facing death to have an option of choosing the manner and time of that death.

An ethical question this process seeks to address is can society do harm to a person with a terminal illness who is facing death by allowing them to choose when and how they die with the support of an authorised medical practitioner?

The intention of the Authorised Dying Bill is that it provides a process for a person to apply for and to be authorised to choose the time and manner of their death with a medical practitioner who has been registered by the ethics committee to assist in this process. The decision is not made by the medical practitioner but by a committee with the expertise to decide on an application from an ethical basis.

One of the fundamental aspects of the Bill is that the committee can grant approval for an authorised dying procedure but there is no obligation on the applicant or a medical or health practitioner to exercise that approval. And we know from the reports from Oregon that, for some, the comfort of knowing they have the option to exercise an approval is enough to face the reality of death.

The Authorised Dying Bill provides a process that involves willing medical practitioners in an authorised dying procedure that has been approved by an ethics committee on authorised dying. It only applies where a person has a terminal illness and death is inevitable and it is the person’s clear and informed wish to choose the manner and time of that inevitable death.