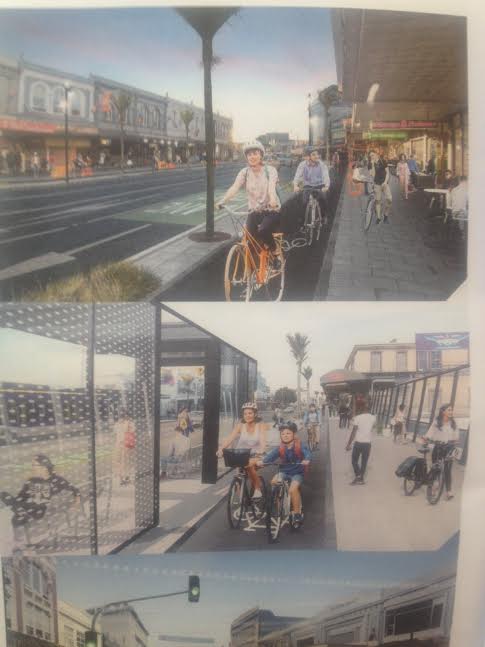 News that the bloated wing of Auckland Council’s Events Clique have blown half a million on a nonsense rebranding exercise to bring even more bloody tourists to our already over stretched and broken infrastructure while Kiwi’s live in cars is just fucking breathtaking.

How about we rebrand ourselves – ‘Auckland – Unfunded Growth Uber Alles’

Ateed does a good job of funding free events in our Parks, an ok job of growing Auckland’s cultural scene and a poor job of supporting anything East, South or West but if they want to be able to keep their Culture Crown and the obscene amount of budget to be able to piss away $500 000 on wankathons, they need to start becoming as corrupt as Auckland Transport.

Auckland Transport built a giant pink cycle way from Grey Lynn to the central city for Christ’s sake, you can’t write satire like that.

Meanwhile the working classes who pay a disproportionate amount of their pay on transport have a bus service and train service that is still in the 1970s alongside a motorway system clogged to standstill,.

This gentrification of public transport has been able to occur via blue-green millennial sites like Transport Blog turning the environmental pretensions of the middle classes into the number one aesthetic for public transport while removing the poor off that public transport.

You won’t get out of your electric car and take the bus if you have to sit next to someone smelly.

Ateed need to hook up with a blog like TheSpinOff to be able to marinate their events enough to make it look like they are doing something when they’re really pissing away money on mutual appreciation hug circles with their corporate darlings in the advertising industry.

Auckland Transport paid Patrick Reynold’s from Transport Blog over $40 000 for his photographic services. Who knows how much that influences the positive slant Auckland Transport enjoy from that site? Patrick has offered to be on Auckland Transport’s Board now they’ve managed to kill off Mike Lee, so I’m sure we can all rely and trust a blog who has such a warm commercial relationship with the organisation they’ll be over seeing

Now that’s what I call over site.

And while we are talking about bloody Auckland Transport – how appalling is their vandalism of K Rd?

Rather than keep to the community spirit of that street, they are gentrifying it and once again it’s bloody cycle ways so blue-greens can bike through to the city from the trendy burbs.

We should be preserving the vibe of Krd rather than more gentrification. The road should become a boulevard from Queen street down with no cars at all! AT’s usual crap and empty consultation process is as meaningless as their process was when deciding to gut the bus services to Grey Lynn.

They’ve already decided on their sterile Mall garbage look which will date like a pair of 1980s shoulder pads while pushing out all the things that make K rd unique.

What’s interesting about these artist impressions? 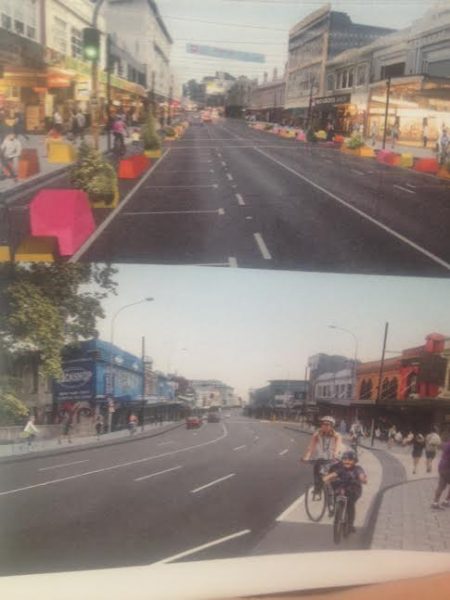 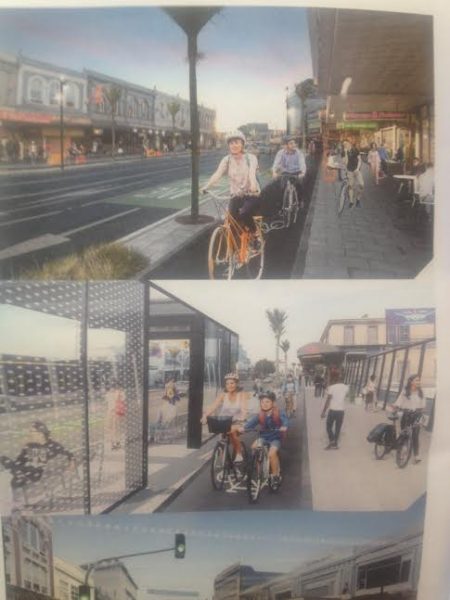 …they’re all bloody white and nothing screams white middle class privilege quite like a cycle lane.

The forces of gentrification and their media allies at the expense of the working poor are the very ingredients that made Trump and Brexit happen.