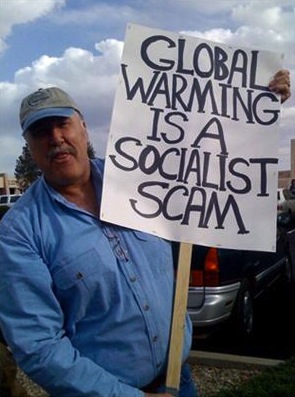 In the immediate aftermath of discovering that on the 20th of January, a certain climate change denier will be given an unbelievably powerful platform on which to sell the story that climate change is a hoax created by China, I was just another of the hundreds of millions of blips who felt slapped in the face by the enormity of a power imbalance where the brave and heartfelt actions of millions of people (such as those witnessed during the Global Climate March or the Dacota Access Pipeline protests) were brushed aside without a backward glance. We have the  research to demonstrate that the days of drilling for moore coal and building new pipelines are over if we have any remote intention of capping temperature rise at 2ºC, seeing as average temperatures are already 1.3ºC of the way there. We have the data to show that climate change is a key factor in making extreme weather events more common and more severe. We even have grim accounts like this one of the lives of people which have been torn apart due in no small part to climate change. So, no matter how exhausted we are, we are just going to have to keep standing up for our planet and the lives of all of its people until the Donald Trumps of planet Earth emerge from their bubbles—except we have to do it with the comparatively infinitesimal resources for influencing change that each of the rest of us has access to.

That’s essentially why I have spent no small part of the last two years campaigning locally to convince The University of Auckland to join a global movement to stigmatize the fossil fuel industry in light of their blasé attitude to wrecking the planet, thanks to contributing 65% of our world’s greenhouse gas emissions. This global movement urges individuals, institutions, cities and superannuation funds to harness the power of their investments by removing them from the 200 fossil fuel companies projected to cause the most harm by emitting the most CO2. My fellow campaigners and I are invested in the divestment movement as a useful cog in the wheel of our university’s stance on climate change because it gives the university a great opportunity to make a strong and influential statement about the pressing need to shift the status quo away from the 100% profit-hungry business model of the fossil fuel industry.

So why is the University of Auckland currently showing utter disinterest in the concept?

This would potentially be a good argument – if somehow it were practical to transition the university to running entirely off renewables by tomorrow. Obviously, it will be a gradual process. For the time being, we are forced to rely on the fossil fuel industry to a certain extent – and it’s precisely because we want to accelerate the transition away from the industry that we want the university to divest. Meanwhile, the University are quadrupling their endowment pool by fundraising $300 million to address “challenges that now seem intractable – [like climate change”, as our Vice Chancellor stated. It’s a funding boost “for all our futures”, according to their tag line, and you’ll never guess where that money going towards all our futures will be invested. Just to remind you, the Vice Chancellor was the one calling divestment hypocritical.

If we thought there was a good chance divestment was seriously going to harm scholarship numbers and research grants, we wouldn’t be advocating it. Ethics are important to us in investment decisions, but obviously returns do matter, too. Happily, there is a strong case for divestment being a financially prudent decision, due to the fact that the valuation of fossil fuel stocks Is based on the ill-founded assumption that they will all be burned. If the university didn’t believe us showing them so, it should be pretty clear from the fact that the University of Otago and Victoria University have both fully divested from fossil fuels already. Prof. McCutcheon also questions whether donors would care about ethical concerns like fossil fuels, and an Australian think tank has shown that they certainly do, with most university alumni they surveyed saying they would be more likely to donate to their university if it divested.

The University has not put time into being quite that blunt, either, but what else can we make of the University Council’s decision not to vote on divestment? The Auckland University Students’ Association president tabled a report on the topic at a council meeting, which requested the issue be put to the vote. The report was received and commented on, but the Council (or rather, the Chancellor) was not even willing to allow the 3200 of us who have signed a petition calling for divestment to find out the opinion of Council on the topic. If that wasn’t enough, the key decision-makers, who in our case are the University of Auckland Foundation, are yet to agree to table our letters at their Board meetings, or to so much as reply to an email on the topic, other than to quote their website and remind us that they are unavailable to meet with us.

We are asking for divestment because we are standing up for the planet, for its people and all living things. We have built a local movement because we care about these aims, but we could do without the need to persuade a university administration laiden with apathy and convenient disinterest to give us the basic respect of listening to our perspective and responding to our request. If we are going to negotiate, our interest lies in talking about any valid points of concern they may raise regarding wording and implementing a policy which will see them divest, and not in expending our energy convincing them to talk to us in the first place.

At Fossil Free Uoa, we nonetheless remain unphased. If you want to tell the University of Auckland that the real fight is supposed to be to save the planet we love, instead of being a war on procrastination, please do. After all, it’s supposed to be a fight for all our futures.

Áine has recently completed a conjoint degree in Music, English and Spanish at the University of Auckland, and is co-president of the student-lead group Fossil Free UoA which campaigns for the University to divest from the fossil fuel industry.