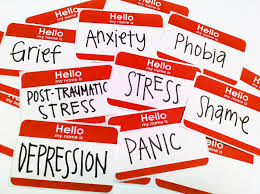 A few days ago, a hard-working local mental health campaigner sent me an article from the Boston Globe, the leading mainstream media outlet in the liberal-leaning New England part of the USA. Its Spotlight investigative team is running a series of articles on the state of mental health care in Massachusetts state, and it lead off with this:

“One by one, nearly all the state psychiatric hospitals were boarded up or bulldozed, but Massachusetts leaders broke their promise to replace them with something better — or much of anything at all. The failed mental health care system has led to a public safety crisis, including scores of murders by disturbed people, police shootings, and embattled institutions from courts to hospitals confronting a tidal wave of mentally ill people.”

The scenario sounded bloody familiar to me, so I read on about a litany of violence and deaths involving people suffering from mental illness, their families, other families, inadequate community and inpatient services and a bureaucacy and medical profession with their collective heads in the sand (or in even darker places).

The series summary concluded with the sentence:

“The result is a system that’s defined more by its gaps and gross inadequacies than by its successes — severely underfunded, largely uncoordinated, often unreliable, and, at times, startlingly unsafe.”

Thinking about the recent terrible Bremner case, my own son’s death while in the ‘care’ of Waikato DHB, the death of Sam Fischer while in Wellington Hospital, the closure of beds and wards in the Waitemata DHB’s mental health facility, and a host of other horror stories from this country, and especially from affected families and whanau, it isn’t hard to see our mental health care decision-makers have doomed this country to repeat those mistakes.

To help this process along, local authorities persist in importing failed and/or dodgy ‘mental health professionals’ from the USA to impart their ‘knowledge’ and to practice on desperate locals – two of these characters had lead responsibility for our son’s care at key times, and many others have been snapped up by DHB’s around the country.

In the USA, moves to close Victorian era and other old-style ‘mental hospitals’ gained pace during the 1970’s and 80’s after some well-publicized ‘One Flew Over the Cuckoo’s Nest’-type institutional horror stories, but instead of being fully replaced by community-based care facilities and services, integrated with each other, the replacements became a series of privatised, and pseudo-community services, starved of funding, lacking integration, and unavailable to many sectors and areas.

Mental health bureaucrats and ‘professionals’ in NZ have collectively followed the same path, and even those seeing the problems the community sees every day are slow to voice concerns, timid in their approach, and usually supremely arrogant in thinking only they have the ability to make any changes.

More reasons for a full-scale, community-led review – and complete overhaul – of our mental health services.

Dave McPherson is TDBs mental health blogger and a Waikato DHB Member-elect. He ran for office after his son was killed by the mental health system in NZ.