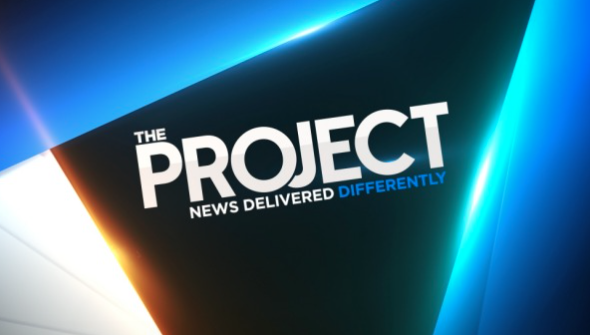 Next to Andrew Shaw, Andrew Szusterman is probably one of the best Executive Producers in the NZ industry.  I’ve known Szusty since Channel Z days when he was our station manager.

Szusterman is to MediaWorks what Steven Joyce is to the National Party, their Mr Fixit.

And doesn’t Szusterman have a lot to fix.

Like it or not, MediaWorks takes up a huge space in the media landscape and if they are as petty and shallow as Seven Sharp, we get an electorate of braindead zombies, so what Szusterman can do at 7pm matters, especially with the election next year.

I’ve hosted and produced a weekday 7pm current affairs show, Waatea 5th Estate for 7 months (we are waiting to hear back from NZ on Air for funding for next year) so am well aware of how hard you have to work to make current affairs accessible and popular. We out trended Story on Twitter ever single week we ran and they even ended up copying our Friday night panel show for Christ’s sake, so I come from a place of understanding as Szusterman plans out the new 7pm current affairs vehicle for MediaWorks and I’ve listed some of the challenges Szusterman faces.

The new format will be a mix of the Tonight show with the Daily Show – which is going to be an incredible challenge because our standard for political satire is bloody 7 Days. Fart and dick jokes aren’t going to make this show work. The Project in Australia is pretty sophisticated and bloody smart, unfortunately we have a pretty shallow pool to work with in NZ.

HOSTS: The 3 hosts have to work well together on screen and they actually have to be pretty smart and knowledgeable about politics.

Jono & Beno – Is that their names? Look lovely blokes and great for late night shenanigans, but you can’t really do satire about the hegemonic structures of society when both you hosts have no idea what the words, ‘hegemonic’, ‘society’ or ‘of’ are.

Russel Brown – Incredibly intelligent but with all the on screen dynamism of concrete setting. Better suited for a late night slot that no one watches – when does Media Take play on Maori TV?

Anika Moa – Choice as and with enough mana to take real stands on issues.

Guy Williams – His last venture into 7pm was a train wreck, but he is loved and adored and he’s done enough shit work on the bloody Edge to get some type of upgrade at MediaWorks.

Laura Daniel – Very smart and very funny, she’s got the intellect and wit to make an excellent host.

Ali Ikram – One of the best and most loved reporters MediaWorks ever had. He has a huge juicy brain and was easily one of the brightest people TV3 ever employed.

Matt Heath & Jeremy Wells – If there was a God, these two would get the job. They are so funny on Hauraki, making them the best commercial breakfast in the country. Intelligent with a no bullshit attitude, they would be amazing hosts for this show. Unfortunately MediaWorks limits itself to  people working in their media stable and with them both on the opposition radio station, it’s unlikely.

Oliver Driver – He was an amazing political interviewer when he was on air. Off air a train wreck, but on air great.

PRODUCERS: Incredibly important role that will be the decider between critical success and another flop.

This role tends to go to graduates with a social media following of 1500 twitter followers. They pollute news rooms like chlamydia these days and is the reason why stories like ‘you aren’t wiping your bottom properly’ appear on the NZ Herald website with such regularity.

The best bet here would be Dita De Boni who has just left TVNZ.

CONTENT: It has to be smart, funny and terrifying to the establishment. You want to be able to take interviews and stories and put them up online to go viral because the quality is that good. There was nothing Story did this year that was worthwhile putting up online. This will act as an advert every night for the show itself.

PANELISTS: Where so many of the panel shows in NZ fall over is the recycling of the same tired voices who have nothing to actually contribute to the debate. Christ almighty the Story Friday Panel Show had as much charm as teeth being pulled.

The madness of killing off Campbell Live for Story and now having to kill Story off because it’s dreadful means Szusterman has to fix the 7pm timeslot not just for the good of the MediaWorks network, but for the good of NZ.