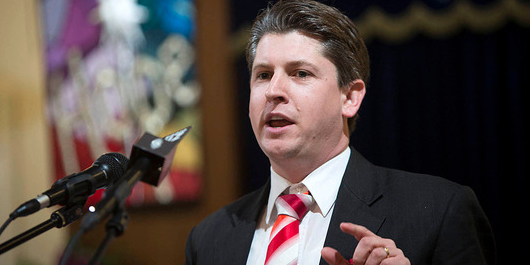 There is nothing new in the New Zealand Herald’s cheerleading for the National Party.  Herald political “reports” often read like National Party press releases.  Angles spin consistently in John Key’s favour, with the Prime Minister’s soundbites becoming headlines far too frequently for any indignant claims of objectivity to carry credibility.

So, after a week of wall-to-wall US election coverage, broken only by a couple of vague attacks on the Labour Party, it was back to business as usual with this “breaking news”. 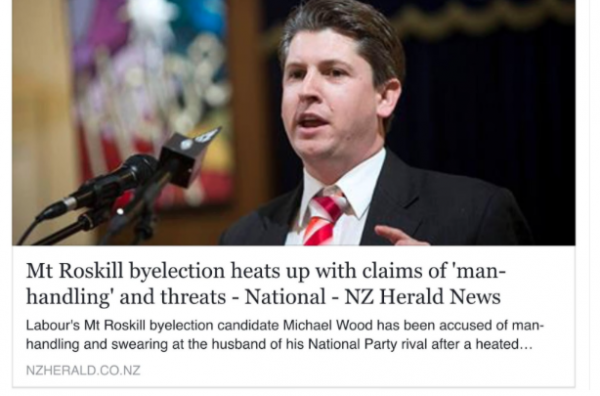 In a media environment where this is all many New Zealanders will see of this story, it certainly looks like a hatchet job on the Labour Party’s candidate.

For Mt Roskill residents heading to the polls, this may form their entire opinion, and the New Zealand Herald’s political editors know this as well as anyone. So at best, it is a case of picking sides based on the hearsay of National Party members, and at worst,  it is a whole new level of abject bias aimed at directly influencing a democratic process with what amounts to a politically partisan slur on the Labour candidate.

The Fairfax-hosted debate took place on Wednesday night, and was reported by Fairfax to be a “tense and fiery affair”,  notable for the loud protests directed at National Party candidate Parmjeet Parmar.

The Herald weren’t much interested in any of this, until Friday, when they published this one-sided slur of Labour’s Michael Wood.  Of course, in the Herald’s report, there was nothing on the protests, and it was all about Mr Wood’s “man handling” and “threats” towards Mrs Parmar’s husband, Ravinder Parmar.

The room was full of senior journalists, but none from the Herald have made any attempt to present the facts as they occurred on the night, preferring instead to run with what might be considered the wilful defamation of the Labour candidate in a by-election.

Unfortunately for the Parmar’s, the National Party, and the New Zealand Herald, the whole incident was captured on film, and the footage emerging today clearly shows that this was a cynical indulgence in dirty politics, intended to harm the reputation of the Labour Party’s candidate.

Having viewed the footage – published by stuff.co.nz – here is what I see:

Mr Woods walks up to Mr Parmar, his body language is angry but calm, and he has a few direct words, then all the aggression comes from Parmar, and keeps coming from Parmar after others step between them. Parmar keeps mouthing off and sticking his chest out as Woods walks away.

Whatever subjectivity might be applied to the raw footage, it is clear that the accounts of National Party members forming the basis of the NZ Herald’s report were wildly and wilfully inaccurate.

Interviewed on ZB by Larry Williams late yesterday, an evasive Mrs Parmar stuck to spin and raised speculation on social media that the events described by the Herald and NewsHub were completely untrue.

As I write this late on Saturday afternoon, the Herald have made no attempt to update the angle of this story, or publish a fact-based account.  In fact, the message Mt Roskill voters are still getting from the website of their regional newspaper, is that the Labour Party candidate is a bad tempered thug.  It’s a message being shared across social media, and one that the Herald must know is inaccurate and hugely damaging to the Labour candidate.

“Granny” Herald have always reported politics from a Rightwing perspective, and have recently culled most of their Left-leaning columnists, but this level of partisanship during a by-election must be acknowledged and documented.  Indeed, if Labour leader Andrew Little is serious about calling out the rising level of pro-National reporting in our news media, The New Zealand Herald is the obvious place to start.