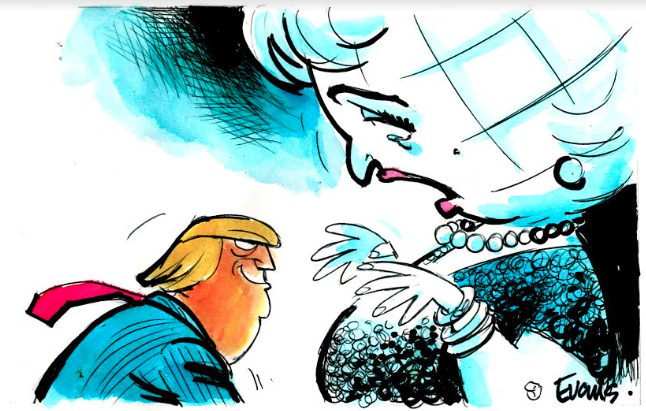 The election of Donald Trump to the presidency of the US will lead to a radical reconstruction of politics in the US over the next decade that will destroy the two-party system of elite rule and open the way to a genuine progressive alternative.

Trump hijacked the Republican Party and imposed his own programme and agenda that is actually at odds with decades of its existence as the political representative of right-wing free-market agenda for globalised capitalism.

A clique of the Democratic Party around the Clinton Family imposed by completely undemocratic means an extremely unpopular candidate on their Party that they knew would have trouble beating the populist candidacy of Donald Trump. Clinton lost 10 million votes compared to the candidate of hope Barak Obama in 2008 and 5 million from 2012. All Trump had to do was get roughly the same number of votes as the pathetic Republican candidates opposing Obama.

The Democratic Party destroyed the “centre” in US politics. The centre is actually the consensus thought of the elite that the pursuit of profit and free markets are the only way the system should be run under globalised capitalism in the 21st Century. That means slashing wages, minimising the welfare state, privatisation social wealth.

If anyone disagrees then we have a massive military machine and police apparatus to impose order.

Hillary Clinton was a belligerent militarist when it came to using US power abroad. Libya’s destruction is living (or dying) testimony to her legacy. The elite through their control of media then force that consensus on an unwilling population.

We are told there is no alternative. The so-called “progressives” in social democratic parties then appeal to the centre by adopting the rhetoric of the right wing opposition by being “tough” on law and order and “tough” on welfare cheats, and “tough” on immigrants. They assume that because working people have no where else to go they can abuse us as much as they like.

The centre hollows out or moves progressively to the right. “Liberals” and social democrats lose their reason for being. Working people give up and stop voting or lash out and vote for what they think is the anti-establishment candidate or option.

The fact is the US people are overwhelmingly left-wing on most issues. They are not racists, misogynists or anti-immigrant. And they have opposed the wars for empire of the last few decades that have been prosecuted by Republican and Democrat alike.

In July 2015, the Pew Research Centre reported that 59 percent of Americans agreed with the statement “Our country needs to continue making changes to give blacks equal rights with whites.”
In May 2015 Gallup found that “Sixty-three percent of Americans now say they are accepting of same-sex couples. Only 40 percent felt that way in 2001. The 23-point jump in just 14 years marks the greatest shift in opinion to the left out of any issue Gallup measured in the survey.”

Citizens of the US are also overwhelmingly in favour of a path to citizenship for migrants already in the US. A clear majority favour this course as the priority over “strengthening the border”.

Every vote that is held on raising the minimum wage is overwhelmingly endorsed. This was true in four states this most recent election.

Every poll asking if the system is rigged to serve the rich and powerful have two-thirds to three-quarters support. This was true for the exit polls as well. One would suspect the 48% who did not bother voting shared that view in an even stronger manner.

The Republican could well split as a consequence of this election. Whilst Trump will install a cabinet devoted to serving big business it is not in the same manner and the elite consensus has dedicated itself to until this point.

The Democrats are also under pressure. The genuinely liberal wing that was given voice by the Sanders campaign is pushing to try and take the machine out of the hands of the old guard around Clinton.

The so-called centre could reform around the centrist Republican and the centrist Democrats.
But what the emails that were released from the Democratic Party campaign group during the election period revealed above all was how completely beholden the party establishment is to the rich and powerful. It was also distressingly obvious that they are all a pack of venal and corrupt people at the most basic level. The party is actually a machine for dispensing favours, influence and jobs to a small class of servants of big business dubbed “lobbyists”. Hillary Clinton gave speech after speech (at huge reward) to the banking group Goldman Sachs and others. At the same time she failed to visit Wisconsin in the election period after losing the state to Sanders in the Primary.

Wisconsin was won by Trump for the first time in 32 years for a Republican.

There is a different class that can show the way forward in the US. Working people need to create a new party that is governed by radical new policies that represent their interests – the interests of the vast majority – in an uncompromising way. That programme would actually be hugely popular. The party must be also based on radical new ethics and systems of accountability.

Representatives of working people cannot prioritise the accumulation of personal wealth over public service. Functionaries and representatives of such a party should not receive pay greater than that of a skilled worker. Representatives who betray the people’s trust should be expelled and replaced. New radically more democratic systems of representation and accountability need to be developed and implemented if real change is to be possible.

Millions of people would mobilise for such a party and programme and the consequences would be truly revolutionary for the US and the world. The failure of US workers to establish a Labour Party in a previous generation can be compensated by the creation of a qualitatively superior one that will not sell out for the 21st Century. 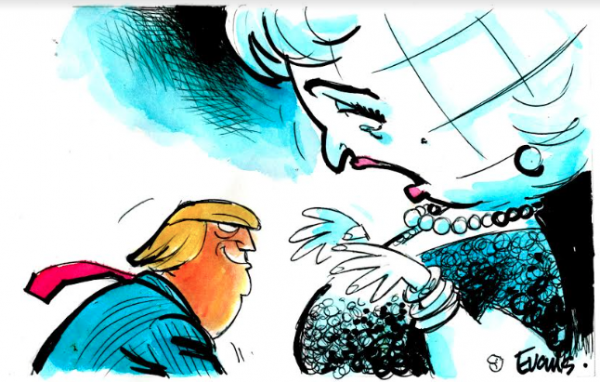