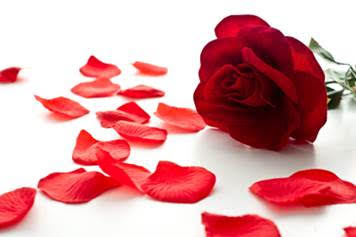 I SHOULD BE at the Labour Party’s annual conference. I fully intended to attend. I’d received the usual e-mail inviting me to apply for media accreditation. But, with the deadline looming, I just couldn’t do it.

Wearing a media pass around my neck this year would have felt hypocritical – inauthentic. Labour conferences have never been just another journalistic assignment for me. Ever since I cast my first vote (more than 40 years ago now, God help me!) Labour’s cause has been my cause. Regardless of whether I was attending as a delegate, or a journalist, Labour conferences mattered.

It’s why I worked so hard to get to them. As the only political organisation in New Zealand with a realistic prospect of actually improving the lives of working people, the internal life of the Labour Party has, for me, always been a matter of huge significance.

As a journalist, I never found the official conference speeches of much interest. What mattered to me were the conversations with rank-and-file delegates; the policy workshop debates on economics, trade and foreign affairs [all closed to media this weekend] and the chance to get some idea of who was on the rise and who was on the way out. I never got the impression that more than a handful of the journalists in attendance were remotely interested in any of these things, but for me this annual pulse-taking was invaluable.

I kept coming back for more because I never went away from a Labour conference disappointed. At the grass-roots level of the party there was always a sense of optimism. No matter what the setbacks, I never got the sense that Labour’s forward march had been halted.

Even at the annual conference following the rout of the Fourth Labour Government in 1990, delegates could point to established leaders like Helen Clark and Michael Cullen, and to new MPs like Steve Maharey, Pete Hodgson and Leanne Dalziel, and tell me with considerable confidence that Labour’s sun would rise again. And, of course, nine years later, with a lot of help from the Alliance, it did.

Even with the departure of Clark and Cullen, the party’s confidence remained undimmed. Indeed, between 2008 and 2014 I detected an exciting groundswell of rank-and-file assertiveness. There were hundreds in the party who, with Clark safely ensconced in New York, were determined that their party should, once again, become the driving force of progressive change in New Zealand. These were great conferences to attend.

Two individuals stood out in this headlong rush for a Labour rebirth: Helen Kelly and David Cunliffe. Like those undaunted delegates in 1990, Labour activists looked to them in confident expectation of another brilliant sunrise. It was not to be.

Maybe that was it – the reason why, on the afternoon of Tuesday, 1 November, I just couldn’t fill in my accreditation form. Helen was gone, and now David was going. Labour’s bright sunlit morning had turned into a grey rainy day.

Yes, the delegates will all be there in the conference hall this weekend. The workshop debates will splutter and stutter to some sort of conclusion. Party vacancies will be filled, reports presented, and Andrew will deliver his speech. Except, this time, the political drama’s script will not have been written by a Kirk, a Lange, a Clark, or even a Roger Douglas, but by a committee.

Labour’s villains have become banal, and her heroes are dead and gone. For me, the party’s annual conference no longer beckons. Fortunately, there’s plenty to keep me busy in my garden. This year’s roses are a particularly vivid shade of red.