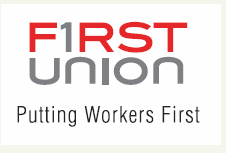 Go Bus Ltd begins operations in South Auckland today, having won the Auckland Transport tender to drive new routes in the city. Around five drivers have resigned before operations began sighting safety concerns at the company.

Traffic management, no toilet facilities, and no induction training are some of the concerns being raised.

‘It’s an accident waiting to happen,’ said one driver who does not wish to be named.

‘Buses, cars and pedestrians all enter and leave through the drive-way. I don’t want to be there when it does so I’ve walked away from the job’.

The driver is one of the experienced drivers who resigned from the company because of poor working conditions.

‘I was not even inducted into the job.  I was sent out in a bus I had never driven before. It was a danger to passengers and other road users,’ said the driver.

Rudd Hughes, spokesperson for Bus Drivers First, says that the union has repeatedly made requests with Go Bus Ltd to meet.

Mr Hughes said Auckland Transport have been reckless in awarding the contract to the operator without due consideration for the effect on the drivers and public.