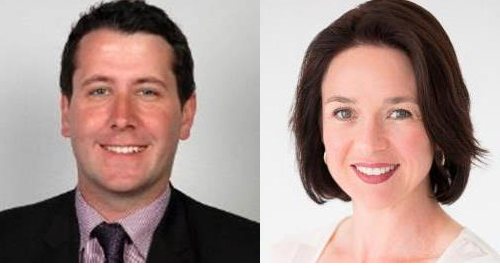 SOMETIMES IT FEELS LIKE THE LEFT is incapable of learning anything. Why leftists forget every lesson History teaches them – even those of the recent past – I simply do not know. Mistakes, it seems, are for repeating – endlessly.

Twenty-seven years ago the NewLabour Party, full of energy and idealism, decided to institute a gender quota. Half of its candidates had to be women. Had to be, you’ll note. None of this “strive to ensure an equal number of women candidates” malarkey. Fifty percent meant fifty percent. Sorry fellas.

The NLP women grinned and the NLP guys puffed out their chests. Theirs was a party of real democratic-socialists – completely unlike those devious traitors in the Old Labour Party. If the NLP leader, Jim Anderton, had reservations, then he kept them to himself. Or, maybe, he knew enough about working-class voters to let them do the talking for him.

And talk they did. Canvassing Dunedin’s working-class streets I was taken to task on doorstep-after-doorstep by a succession of narrow-eyed matrons as suspicious of my rounded middle-class vowels as they were contemptuous of the NLPs affirmative action policy.

“I don’t agree with quotas”, I was told over and over again. “You should pick the best person for the job.” With impressive prescience, these hard-bitten mothers and grandmothers demanded to know what the NLP would do “if your quota isn’t filled and you’ve got to choose between a really good man and an unsuitable woman? Are you really going to tell the best man to bugger off? Because if you are – then you needn’t bother coming around here asking for my vote.”

Not that anyone paid much attention. Even in the democratic-socialist NLP, the idea that the political leadership should be guided by the views of those whose votes they were seeking got precious little traction. If working-class women were sceptical (if not downright hostile) to the gender quota, then it was only because they had yet to throw off the dead weight of patriarchal thinking. Nothing that a little feminist consciousness-raising couldn’t fix.

Always assuming that those working-class women wanted their consciousness raised, which, by-and-large they didn’t. Or, at least, not by democratic-socialists so utterly unaware of how patronising they sounded. If the choice was between being talked down to by a middle-class feminist, or represented by a working-class bloke who’d grown up in the same neighbourhood as themselves, then the best man was always going to win.

With the NLP long since deposited on the ash-heap of history, you might assume that the Labour Party would be wary of repeating its mistakes. But, you’d be wrong. Feminism is one of the progressive traditions which Labour has never turned its back on. The support of the Women’s Council of the party thus remains indispensable to any attempt to re-write Labour’s rules. Or un-write them. As David “Man Ban” Shearer discovered when he attempted to attenuate the Women’s Council’s constitutional efforts to ensure gender balance.

Over the past three years, those efforts have been crowned with success. And now Labour’s mandatory gender quotas are dictating the party’s candidate selection processes in precisely the way those shrewd Dunedin working-class women foresaw nearly thirty years ago.

Last weekend, Labour members in the Hutt South electorate gathered to choose a successor to their long-serving MP, Trevor Mallard. The choice they faced was between a popular local lawyer and city councillor, Campbell Barry, and a well-connected party insider, Virginia (Ginny) Andersen. Barry, who attended Wainuiomata High School, easily won the support of the Hutt South members present at the meeting, but he failed to convince the selectors representing the party’s New Zealand Council. By a narrow majority (4-3) the selection panel voted to install Ginny Andersen.

Bear in mind that Mallard holds Hutt South by just 709 votes, and that in 2014 National won the Party Vote by a margin of 6,745 votes. National’s candidate, Chris Bishop, is a strong campaigner and will only be prevented from lifting the seat in 2017 by a Labour candidate capable of putting a large and enthusiastic team of volunteers in the field. That is very hard to do when the local membership believes “Head Office” has ignored their preferences and imposed an unwanted “outsider” on the electorate.

Once again, I’m recalling that doorstep dialogue of thirty years ago: “I don’t agree with quotas. You should pick the best person for the job. What do you do if your quota isn’t filled and you’ve got to choose between a really good man and an unsuitable woman? Are you really going to tell the best man to bugger off? Because if you are – then you needn’t bother coming around here asking for my vote.”