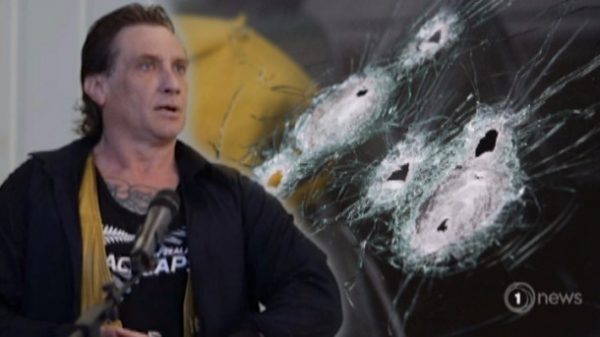 They say it’s all fun and games until someone loses an eye, and ain’t that the truth with this latest turf war in Ngarawahia, but it’s not the first time the media has glorified vigilante justice and sacrificed the streets of a small town for a good story. Drugs, poverty, violence, homelessness, and suicide are just a few of the things making headlines in small towns and rural areas as we start to realise Auckland isn’t the centre of the universe and take a closer look at our country as a whole – except for Christchurch; we still mostly ignore them because viewers have decided they are ‘sick of hearing about it” but that’s a whole other rant for another day.

So, as we start to realise there’s a world past the edge of Bombay and – shock horror – possibly another whole island that makes up our country, we begin to read about and become interested in the dynamics of smaller cities and towns. We gobble up stories that remind us that if we put aside our angst about the price of milk and rich farmers voting for National that many other people live and struggle there too.

The media responds to our newfound interest with more information, flooding the news with articles that mirror the struggles faced throughout New Zealand, until we realise it’s the same old same old and get bored. But, it’s business right, so just as you’re about to flick the channel on your Facebook newspaper the salesmen pitches in with “but wait there’s more!” And that’s when the ‘free set of steak knives’ trouble begins. Desperate to keep our attention, the media offers up eye catching promises of half truths too juicy to ignore. They rape and pillage the small towns for any angle worth a five minute news segment regardless of its impact on the place they didn’t care to even mention a few months ago. They turn gang presidents into local heroes and crime networks into neighbourhood social work agencies, blindly ignoring the dangerous influence this gross misrepresentation might have on our communities particular our youth, as perceptions change to allow for a little crime and violence here and there so long as members take time out between breaking the law and terrorising communities to paint fences and make sandwichs for hungry school children.

The attention adds fuel to the fire of an already pressure cooker situation until it explodes, like they knew it would, and they cash in on another story, not sparing a thought for the streets they left in the wake of the explosion as they laugh their way to the bank. Wake up, New Zealand – we have enough sheep in this country without you joining the flock, don’t let the media sacrifice the little guy for your entertainment. If it looks like a fairytale it’s probably constructed like one with the ending already planned out before the opening line is uttered.

I want to know about the smaller cities and towns from the people that live there. I want stories that lead our closed hearts to empathy and understanding for local people and add to the safety of the streets they walk, I want stories that inspire action and change in the communities the feature, and perhaps most important of all I want our young people to have the knowledge to make informed decisions abut their lives that will inevitable lead our country into the future with aspirations built on understanding and care for our people not the characters of fairy tales heralded forth by such unnamed newspapers I shall not identify here.

So turn it off, don’t click that link, don’t comment that it’s a load of rubbish because they win when they get your attention. Make your views count by investing your interest in honest reporting and side stepping sensationalism. Demand to hear about the creativity and innovation of those in hardship, hunger for information that leads to your greaterunderstanding of complex social issues and join the discussion about where to from here. Read your local paper, join your community Facebook page, look at the world news, read blogs without monetary agendas, reshape your friends’ Facebook posts, get inspired, write your own!

Take a moment to think about who gave you the information you really needed to learn and grow; was it a newspaper? Was it a politician? Or a celebrity? A high profile reporter? No, probably not, more than likely it was a parent, a teacher, a friend, a pastor or community or cultural leader. Those people are rarely heard yet their words hold so much value, and I’ll be dammed if I spend my time swooning over celebrity gossip and click bait headlines while quiet wisdom speaks. And I hope you join me.