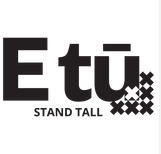 Workers at Pastry House in Manukau City are taking strike action over a mean pay offer as well as a workload which has staff struggling to cope.

E tū’s 37 members will walk off the job for two days, effective from 7.30am tomorrow.

E tū organiser, Alvy Tata says the company has offered 1.5% a year over two years, which is not acceptable to members.

“Members have no appetite for an inferior offer,” says Alvy.

“They know these contracts will mean more work for them, but more money for the company. They want a better pay offer and they also want a one-year term, not two,” she says.

“The employer is refusing to budge and members won’t settle for what’s on offer.”

She says the company is spending $2 million to upgrade the site and can well afford to pay more.