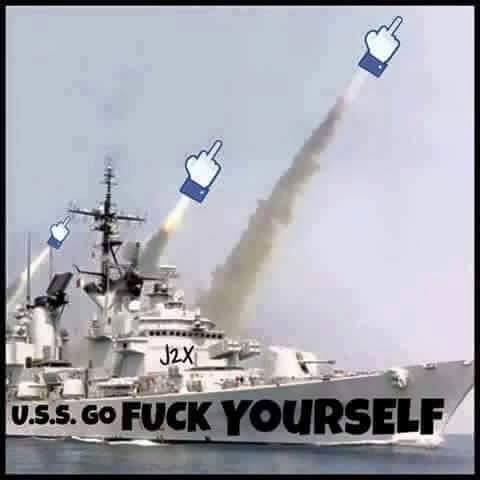 When it comes to disciplining the general population there aren’t too many different deceptions you can use to do it. You can lie about how noble and benevolent you are, either because you really believe it or because others will, and you can make people afraid of something. These same patterns keep recurring in history. The later phenomenon, which we could call ‘fear ideology’, was recognized as a useful instrument in social control by one of the early philosophers, Aristotle. Noting in his book Politics that:

“States are preserved when their destroyers are at a distance, and sometimes also because they are near, for fear of them makes the government keep in hand the state. Wherefore the ruler who has a care of the state should invent terrors, and bring distant dangers near, in order that the citizens may be on their guard, and, like sentinels in their night-watch, never relax their attention. He should endeavor too by help of the laws to control the contentions and quarrels of the notables, and to prevent those who have not hitherto taken part in them from being drawn in.”[1]

The main fear ideology since the end of world war two (and even prior to that) has been the international communist conspiracy, but it began to weaken in the 1980’s, so replacements had to be found. One was terrorism, another was crime. I will give my own short analysis on the role of the mass media in increasing the perception of crime and the racialization of welfare as two examples of propaganda for social control that are relevant today.

Let’s take the second example, the racialization of welfare. America is a good template for studying the way propaganda has been used on against black welfare mothers, since in New Zealand we also have racial minorities, it has been easy to replicate the way the media in America has made Americans hate the welfare system. Why Americans Hate Welfare, is a book written in 1999 by the political scientist Martin Gilens, which has some interesting insights which we can learn from.

In the American mass media, up until the mid-1960’s black people were hardly shown in stories about poverty. But that changed, with the media splitting focus of news stories where black people were negatively associated with poverty and white people were positively associated with poverty. Topics on welfare became disproportionately associated with poor blacks in the media (compared to how many were actually on welfare), while topics like hunger, medical care and education were associated more with poor whites.[2] Another study showed that when people think most welfare recipients are black, they attribute those who are on welfare to laziness. But when they think most welfare recipients are white, it’s because of circumstances beyond their control. This led to a division of ‘deserving’ and ‘undeserving poor’ in public opinion.

Now when you look at public opinion polls on what kinds of policies the general population wants, you get some interesting results. When asked whether the government should increase or cut spending on various social programs, it is almost always over 50% support for increasing government spending on things like education, healthcare, unemployed, and the poor. But when you ask about welfare, its 63% cut spending, 14% increase spending.  Also, when Americans are asked whether the government has a responsibility to take care of the poor, 71% agree.[3] Spending on the poor and spending on welfare is pretty similar, but the response is vastly different because when you ask what people think of spending on ‘welfare’, they have the image of the welfare mother breeding like a rabbit to collect government checks that the mass media and politicians have played over and over.

In New Zealand there isn’t as much polling and statistics to get any strong conclusions about how much of an effect it’s had on people’s attitudes, but you can pretty easily see it from everyday experiences. The same stories that have been played by the American media and politicians have been played here. Like, Paula Bennet’s drug testing requirement to get your welfare benefit, which had the subtext that stoners are using the benefit to waste it on drugs. That was something that was tried in Florida and I think several other states a few years earlier.

I introduced this article by talking about fear ideology, and implied that perception management of crime is used deliberately as social control. But I have no proof that this is intentional. What I think is more likely is that the mass media makes a lot of profit from reporting sensationalist violent crime. This has an added side benefit of social control by atomizing the population, in turn having an effect of making people afraid of each other so they buy security alarms and that kind of thing. It has other side effects as well like the tough on crime rhetoric that politicians use to get elected. It’s also very useful for the private prisons that are making money out of this.

The basic statistics you get from an introductory criminology textbook are the following: It is a pattern among the industrial societies; America, Britain, Canada, Australia and New Zealand that the public overwhelmingly has the perception that crime is increasing, while crime has actually gone down over the past two decades. Reporting on crime in the media has gone way up, and focusing largely on violent crime which is actually in reality very rare. Incarceration rates have gone up, New Zealand having one of the highest rates in the industrial world at 194/100,000. Which is still nothing compared to America’s absurdly high prison rate. The overall effect is that it has made a lot of New Zealanders support punitive measures when it comes to policy on crime.[4]

Douglas Renwick is a student at Victoria University. He can be contacted atrenwicdoug@myvuw.ac.nz