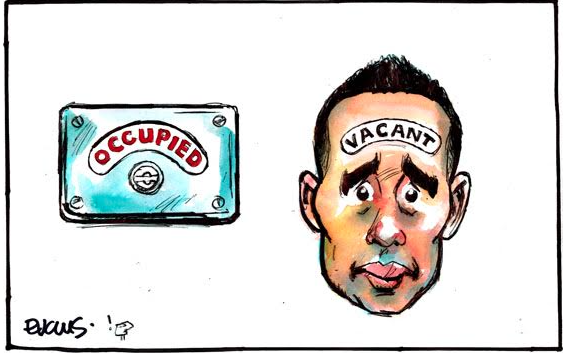 From an article in Bloomberg in September 2015 the All Blacks brand was quoted as representing “success, pride, determination and strong heritage – all characteristics a sponsor would like to associate with.”

For Coach Graham Henry, who during his tenure began to rebuild the world’s most successful sporting team from the inside out, the emphasis was on individual character and personal leadership. That is, ‘Better People Make Better All Blacks’. James Kerr, writing in The Telegraph in 2013, noted a win-rate of just over 86%. Now we have consecutive Rugby World Cup victories and on Saturday night we set a new world record of 18 test match wins in succession.

I am a proud citizen of our country and I am proud to have played rugby for a variety of Clubs, Provinces and ultimately our country as a member of the Black Ferns.

So, the game and governors of rugby have helped me to become the person I am today. I acknowledge this and I am deeply appreciative of the opportunities rugby has provided.

The All Blacks are our national team and give many New Zealanders an immense sense of pride as they represent excellence for all New Zealanders on the world stage.

However recent behaviours and issues do not fill us with much pride nor do they represent excellence. These examples prove that winning is not the only thing that matters.

New Zealanders have expectations of our All Blacks who for some are our heroes. They leave us with a feeling or belief about what success and excellence looks like.

The current on field performances of the All Blacks is exemplified by the second half of their game against South Africa a few weeks ago.

It was a beautiful display of teamwork and individual skill, innovation and continuity. It was an outstanding demonstration of quality. It filled us with tremendous pride because we played the game of rugby to the highest level and we were proud to identify with the All Blacks, our Team.

We need our All Blacks and all our professional and provincial rugby players to demonstrate excellence too. As public property all players actions are open to public scrutiny. Our All Blacks and our rugby players need to fully understand their place in our society. Whether they like it or not, we put them on such high pedestals that if they disappoint, either on or off the field, it is a great height from which to fall culminating in intense examination of “rugby”.

The emphasis on ‘Better People Make Better All Blacks’ continues to be relevant. Our Aussie comrades have in recent times highlighted our off-field frailties. They say we have lost our way, that we are arrogant and that we are not maintaining the integrity of the game.

We need to replicate what happens on the field off the field. And off the field the Australian commentators are right. The behaviour has been amateur, vulgar, disrespectful to women and society as a whole and incredibly disappointing. At some stage this off the field behavior by any of our rugby players will damage our on-field performances. That’s why “better people make better rugby players” needs to be reflected systematically across the entire rugby system.

Those changes need different skill sets and perspectives and it is encouraging to see New Zealand Rugby take steps towards those changes with their confirmation of the establishment of an independent cultural change panel.

This panel will conduct a review that focuses on the respect and responsibility of players in our professional environment and it is reported that more than half of those to be appointed will be women.

As Albert Einstein said the definition of insanity is “doing the same thing over and over again and expecting different results.”

This review will hopefully mean sanity may prevail and these off field incidents are minimized if not eliminated.