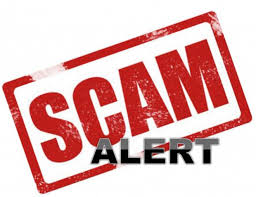 The government announced they were reducing the official target number for new permanent residence approvals from 90-100,000 over two years to 85,000 to 95,000. A 5% reduction is of no consequence as far as the problems New Zealand actually faces and how they may be fixed.

For the last few decades, New Zealand has on average lost around 30,000 residents on a permanent or long-term basis every year to overseas destinations – principally Australia.

We suffer this loss because the wealthy capitalists and their political representatives were successful in driving down workers living standards much more in this country than Australia. Combined with the fact we have a right to work there it just made sense for workers to try their hand across the ditch.

The net flows each year fluctuates quite a bit depending on whether there is a recession in Australia or not. If there is the number leaving New Zealand drops significantly and more return home if they lose their jobs. That has been true over the last couple of years which is why there has been a jump in the number of permanent and long-term arrivals over departures recently.

But on average, there has been a net loss of close to one percent of New Zealand’s population each and every year for three decades,

That is why as a country approximately this number has had to be imported if a paralysing crisis was not to emerge.

The end result is that New Zealand has one in four of its population born in another country while one in four people born in New Zealand (who are still alive) live abroad.

That is also why it is simply a lie for New Zealand First to claim that the lack of access to education, housing, transport or other social services is a product of some sort of uncontrolled immigration. We lack these vital social services because the bosses and their governments have taken them from us and we haven’t fought hard enough to stop them.

However, the bosses have used the need for an ongoing recruitment of permanent residents to replace Kiwis heading offshore to create a pool of hundreds of thousands of additional workers living and working in this country on temporary visas with very few rights.

New Zealand is also able to use the fact that it is an English-speaking country to create a whole “Education export” sector earning money off fees from over 100,000 foreign students. This includes the private training establishments but also every tertiary provider including universities and most high schools. They all operate as parasites on the foreign student “market”.

Most people who are finally accepted as permanent residents have started life as students and then gone on the get temporary job search visas tied to particular employers in search of the job with the points they need for residence. Even then there is no guarantee unless they have a very high “score”. For most applicants for residency, they are simply put in a pool and, with luck, invited to apply for residence.

On average one in five of those who start as students or on temporary work visas actually are successful. For many, they have paid hundreds of thousands of dollars in school, legal, and Immigration NZ fees. Many have worked in jobs that they hate but it is difficult to change employer for the sponsorship they need. Some simply buy the job by paying the boss their wage or paying the difference between the minimum wage and the “managers” salary needed by Immigration NZ to qualify.

250,000 people are granted student or temporary work visas each year. Most hope to transition to permanent residency. The government and the bosses know that they are simply creating a pool of labour competing against each other for the right to stay and who are therefore easily exploitable as workers. There are official reports into the issue. That is why there is scandal after scandal being reported in the media and every official MBIE investigation find most emp[loyers are breaking the law one way or another.

The labour movement needs to act to protect these workers. They need the full rights of all other New Zealand workers including the right to change jobs and not be tied to particular employers.

The immigration scam that exists in the country is the one being run by the government and their capitalist mates to use and abuse migrant labour.