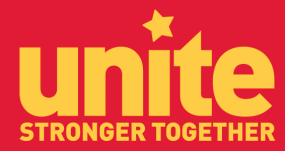 Indian students being threatened with deportation, along with tens and thousands of Indians will protest at Auckland’s Diwali Festival to demand the victory of light over darkness, good over evil and justice over injustice.
On Saturday 15 October and Sunday 16 October the students will gather during the Diwali Festival at Aotea Square, Queen Street, Auckland between 2pm and 4pm. They will demand justice be delivered in the form of the withdrawal of the deportation orders.
We believe that the majority of people of New Zealand agree that Indian students facing unfair deportations, due to fraudulent financial documents submitted to Immigration NZ on their behalf and without their knowledge, must be allowed to stay and complete their education.
The students also want to tell the Indian community about the complete lack of support from National MPs of Indian origin. Furthermore, the students are alarmed and upset by the stories that National and its MPs have been fabricating about them.
“I’m from a farming family in Andhra Pradesh. Since 2001 we have been making a loss in farming. The (Indian) government is only after our agricultural land to set up industries instead of taking care of farmers. As a result, my family land has been decreasing over time and so have the opportunities for me. I completed my B. Tech in Electrical Engineering and considered coming to New Zealand”, says Sunil, one of the affected students.
Education is New Zealand’s 5th largest export at $3.8 billion per year. The current government wants to double this figure by 2025. Deporting these students withh wreck this goal.
With 2017 elections just around the corner, National party cannot afford to adopt such an arrogant and racist approach. Likening Indian students to faulty fridges from China and poor children to rodents, holding public meetings behind locked doors, deploying Tasers against peaceful protesters are some recent examples of National’s arrogant approach.
Let us all unite and tell this government and its MPs that they and their dark policies are not welcome at a festival representing light. Let us also demand justice for the Indian students.