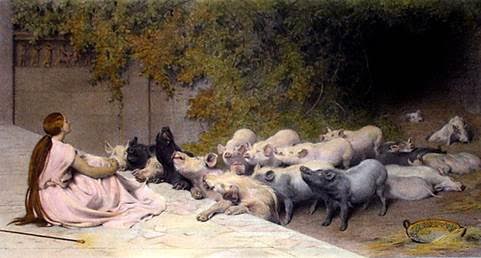 MASCULINITY – can’t live with it, can’t live without it. Well, that’s half true. A world in which masculinity no longer dominated human affairs would probably be much improved. What went on in airport toilets between consenting adults would count for much less. And the ideas espoused by female candidates for high political office – rather than what they were wearing and how often they smiled – would count for much more.

New Zealand’s problems with masculinity are deeply embedded in its social and cultural history. New Zealand men are notorious for being excessively repressed and emotionally unavailable: tightly-wound machines with an aversion to mechanics. Trained from birth to value self-reliance above all other virtues, their responses to vulnerability and complexity range from dismissive impatience to outright hostility. Their most prized quality is mastery. Mastery of what? Well, just about anything: the world’s highest mountain; the British Lions; women.

It’s why so many Kiwi males are furious with Aaron Smith. Not because he had sex in an airport toilet with someone who wasn’t his partner, but because he was willing to risk everything to do it. As an All Black, he was expected to master his lustful urges. Succumbing to temptation in the way he did marked him down as a man not in control of himself. Weak.

As something constructed and in need of constant maintenance, masculinity is forever being scrutinised and assessed by those who feel in need of its protection. For most Kiwi men, achieving All Black status represents something pretty close to perfection in the masculinity stakes. That Aaron Smith was willing to risk it all for a quick shag wasn’t just reckless and stupid, it devalued the currency of masculinity itself.

That the woman involved in the incident is accorded no real agency or consequence shows just how peripheral living, breathing, autonomous human females are to the construction of masculine identity. For so many men a woman is just one more thing to master, and all-too-often her presence at a man’s side is valued only for the indisputable proof it offers of his competitiveness in the masculinity stakes.

It’s why so many men turn nasty when “their” woman decides she no longer wishes to remain in the relationship. By walking away she is stripping him of one of the key proofs of his status as a “real” man – the ability to attract and “keep” a woman. Very little is more threatening to masculinity than a woman who refuses to devote her life to shoring-up her man’s identity. By forcing him to acknowledge her as something more than a mere adjunct to his ego, she is challenging him to move beyond the self-imposed limitations of masculinity and become fully human.

Many men accept their partner’s challenge to break out of the character armour in which they have encased themselves – and are better people for it. But, many men do not. The price of their failure is revealed in New Zealand’s shocking levels of domestic violence.

What happens in the domestic environment finds its reflection in the public domain – most particularly in men’s reaction to women who seek and attain political office. The ideology of masculinity simply is hostile to the very notion of women exercising power over men. Such women are perceived as having abandoned their “natural” social role in much the same way as the woman who deserts her husband. Instantly, she becomes a “bitch” – someone who, by asserting her humanity has forfeited her right to be treated with the “courtesy” and “respect” reserved for women who accept the masculine code.

This masculinist viciousness was fully on display in the latter years of Helen Clark’s prime-ministership. No epithet was too vile to hurl at this woman who had crushed three National Party leaders in a row. Even more telling was the way in which Clark’s opponents sought to paint her as being both criminal and sinful – as if, by stepping away from her assigned role in the masculine universe, she had broken not only the laws of men, but of God.

Hillary Clinton’s bid for the White House has elicited an equally overheated response from the white, working-class defenders of American masculinity. Writing in the October issue of The Atlantic, Peter Beinart, records of his astonishment at the unrestrained misogyny he encountered at the Republican National Convention in Ohio:

“Inside the hall, delegates repeatedly broke into chants of ‘Lock her up.’ Outside the hall, vendors sold campaign paraphernalia. As I walked around, I recorded the merchandise on display. Here’s a sampling: Black pin reading DON’T BE A PUSSY. VOTE FOR TRUMP IN 2016. Black-and-red pin reading TRUMP 2016: FINALLY SOMEONE WITH BALLS. White T-shirt reading TRUMP THAT BITCH. White T-shirt reading HILLARY SUCKS BUT NOT LIKE MONICA. Red pin reading LIFE’S A BITCH: DON’T VOTE FOR ONE … White pin advertising KFC HILLARY SPECIAL. 2 FAT THIGHS. 2 SMALL BREASTS … LEFT WING.”

If this is what American men were saying about Hillary before she so comprehensively trounced their masculinist avatar, Donald Trump, in the first debate, one can only imagine what they’re saying now. And God alone knows how they’ll cope if (or should that be ‘when’) she wins!

What a world of torment men consign themselves to in this hopeless quest to attain perfect masculinity. Their desire for women is matched only by their fear of becoming its slave. They are allowed to be tempted, but must never surrender to temptation on anything other than their own terms. And those terms must never include anything which undermines their standing in the eyes of other men. That was Aaron Smith’s true sin: not only to have allowed his desire for a woman to master him, but to have made the whole world privy to his weakness. He let the side down. Not just the All Black side, but the side to which every worshipper of masculinity belongs – and can only leave in disgrace.