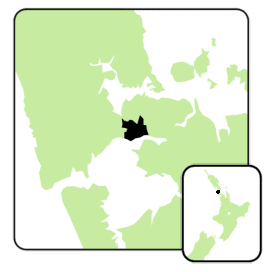 Now Phil Goff has won the inevitable win that he was always going to win, the focus comes to the Mt Roskill by-election.

This is the most important political event next to the last remaining budget and the 2017 election because of what its results could do to Labour’s chances of winning Government next year.

If Labour lose and National win what should be a safe Labour seat, it could lead to a stampede from Labour to NZ First, that’s why the decision by the Greens to not contest the race was crucial and evidence they are taking the MoU seriously.

If National lose the by-election  it could  be followed up by  any of the major political polls reflecting the Roy Morgan prediction that a combined Labour/Green vote overtakes National. That kind of two punch blow plus the inevitable hostilities about to explode between the Michelle Boag faction and Slater/Lusk faction for the Auckland Mayoralty fiasco could see a Summer of sharpening knives around National Party BBQs.

So this by-election matters a lot more than normal as the result will shape the narrative in the run up to the 2017 election.

Is there really discontent in an electorate as diverse as Mt Roskill? How is the housing crisis hurting? How is the local schools coping? How has the Migrant Visa scam impacted locals? Has the surge in crime, especially violent crime in local businesses created fear and anger?

All of these issues feed into national political narratives, this is a debate the country will be hungry to have and an electorate able to send a message.

Mt Roskill Party votes National but loves Phil Goff. So who are the actors and where do they stand?

Labour: The very affable and intelligent Michael Wood is Labour’s candidate. He is seen as a rising star within Labour, has worked bloody hard and deserves the shot. He is an excellent debater, knows the issues backwards and a decent chap. Local roots, deep ties within the community, has the advantage that Goff will most likely be shadowing him and now as the Mayor has a very open door to one of Auckland’s most powerful leaders. In an electorate as aspirational as Mt Roskill, that type of connection matters.

Matt McCarton should be using this by-election as a prime chance to organise the mighty Auckland Labour muscle into the electorate fresh off the back of City Vision wins in Auckland. That’s a lot of people that can be forged and built for next years election.

Labour have a lot to lose and a lot to prove in this by-election.

National: They haven’t selected their candidate yet. The local list MP Dr Parmjeet Parmar is well respected and trying to take the candidacy off her would be pretty dramatic, but the opportunity to really puncture Labour is too great. National have bugger all to lose here, no Government has won a by-election while sitting so if hey could pull it off, it would be a huge political victory. Problem is that if they try and parachute in a celebrity candidate it will anger Parmjeet Parmar.

People’s Party: Roshan Nauhria has harnessed the frustration of migrant communities and built a political machine around it. He’s no slouch, and as someone who has approached many of the other Party’s with an interest to have those interests represented he’s serious about gaining real representation. Not to be under estimated.

Greens: Can help by directing activists into the electorate. This will be an important bonding session and chance to test out teams before the general election.

NZ First: The smart money here would be that NZ First don’t stand a candidate. With revelations after he’d criticised the People’s Party, it turned out Winston had taken a donation from them. Winston doesn’t need that reminded every day of the campaign and the ability to stand on toes in the heat of a battle which might cost Labour a victory would be dumb politics this close to a general election.