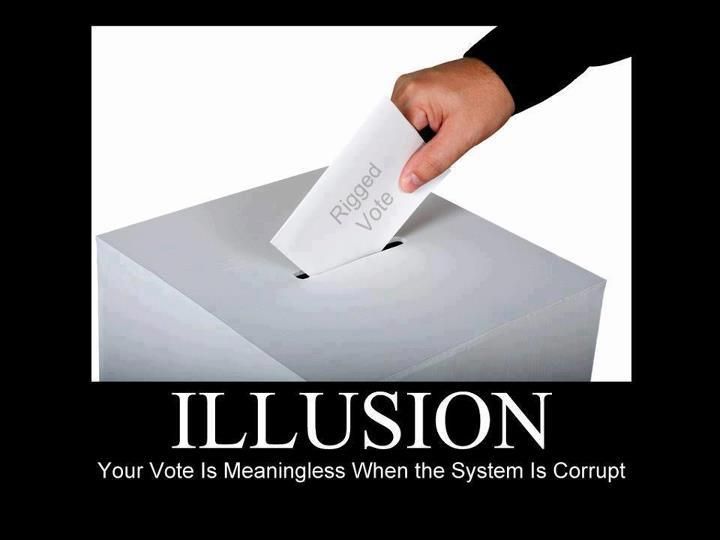 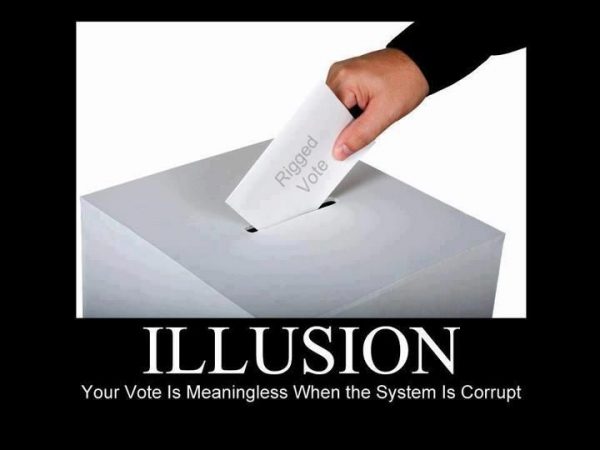 So now everyone is running around like headless chooks complaining about low voter turn out.

So let’s point out why the voter turn out is so low for the thousandth bloody time shall we?

We don’t want poor people voting, if they did, neoliberalism would never gain power again. This Government have purposely dumbed down media, we have Paul Henry foaming at the mouth in the morning and Mike Hosking foaming at the mouth at night. In between we have mainstream newspapers that effectively have Steven Joyce on the editorial board.

We have a user pays Generation with no political compass  being asked to vote on issues that they and the wider public have zero idea about because our mainstream media are more focused on Real Housewives of fucking Auckland and Kim Kardashian getting robbed.

We have an electoral system that is built to stop poor people enrolling. I’ve pointed this out a thousand fucking times, the poor don’t want to be on an electoral roll because Government departments chasing them for debt and private debt collectors access it. Women escaping violent abuses because of our sky high domestic abuse stats don’t want their details made public and we have a Government who passed laws to stop prisoners from voting.

Add to all of this the simple fact that our local representatives have bugger all actual power, and we have a sick facade of a democracy incapable of doing anything other than empower the already rich and wealthy while the dispossessed become more and more disconnected, and that’s the exact way National voting NZers want it.

So let’s be honest about the perfect storm of ignorance, apathy and greed that underpin the current system.

So what are the solutions.

1: Lower the voting age to 16 alongside civics education classes in school to start the passion for democracy at a younger age. Taxation without representation is that most heinous of high crimes against citizens and taxing 16 and 17 year olds minus their right to say how that tax should be spent is worth expanding the franchise of democracy all on its own, minus the wider social good of connecting the next generation of voters into the responsibilities and rights of voting.

2: Allow any voter to go onto the unpublished electoral roll and make the process as easy as ticking a box. So many of our citizens are on the run from debt collectors or abusive spouses that they refuse to enroll so as to not be detected. Any NZer can go onto the unpublished roll but the Electoral Commission goes out of its way to demand all sorts of reasons for it to occur. If the end point is to make it as easy as possible for citizens to participate, stream lining this process and making it as easy as a box tick is a priority.

3: Make the date of the election a Wednesday and make it a public holiday. We complain so much in this country about not having a day we can celebrate as NZers because many people feel anxious about the conflict of Waitangi Day. Why not search for that which binds us and celebrate that? Election Day should be a celebration because we are one of the few privileged nations around the planet that allows political leadership to change hands minus violence and repression. Our exercising of the right to vote peacefully is celebration in itself and making it a mid week public holiday would do more for participation rates than any single thing the Justice and Electoral Select Committee review could endorse.

4: The National Party as part of their tough on crime posturing passed law stripping prisoners of their rights to vote. Removing a prisoner incarcerated for less than 3 years their ability to vote removes any connection a prisoner might have with civil society. The argument is that prisoners who are inside for less than 3 years should be able to vote because the decision of the election will impact them one way or another once they are released within the lifetime of that Government. Stripping prisoners of their right to vote puts us on the opposite side of the European Court of Human Rights who have argued against this type of prisoner flogging. Their argument is that incarceration doesn’t remove your human right to vote, and we should look to repeal such knee jerk legislation if we agree universal suffrage is a nobel endeavor.

5: Expand the civics course in schools to new citizen communities and make the course a compulsory part of becoming a NZer so that new migrants know their civic rights and responsibilities.We do our new citizens a terrible disservice by not extending any hand of welcome when they become NZers other than a certificate ceremony. How can we expect them to interact in civil society with all the autonomy citizens have if the history and cultural norms of our political establishment haven’t been explained?

Why won’t we adopt any of these measures? Because the system doesn’t want the poor being involved because that would spell an end to National and their corporate interests.

Online voting isn’t a solution, the ease with which they are hacked means any online voting would become immediately the target of 5 Eyes and rigged. All online voting will do is ensure John Key rules NZ forever (as long as he didn’t annoy the American’s).

This is apathy by design, anything less than the above solutions is mere posturing.