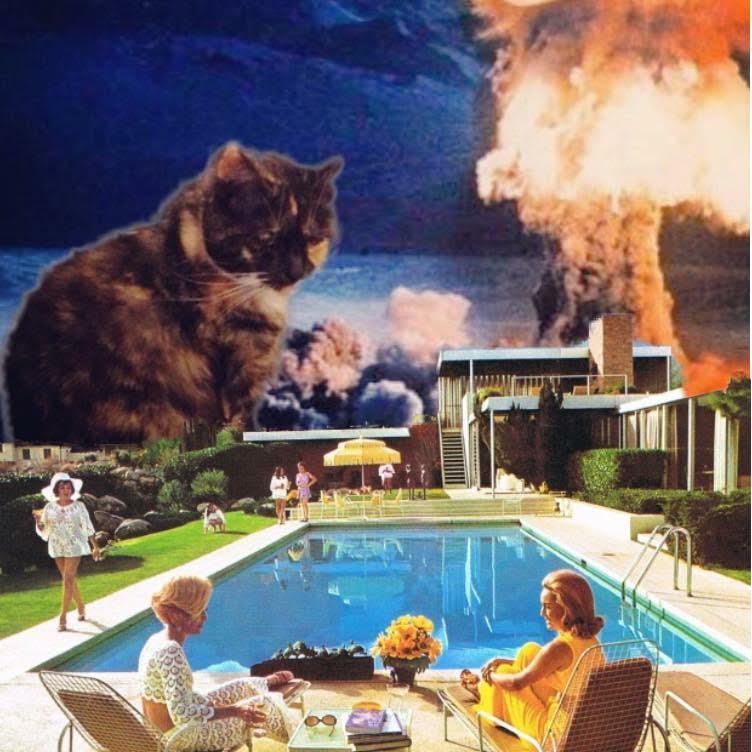 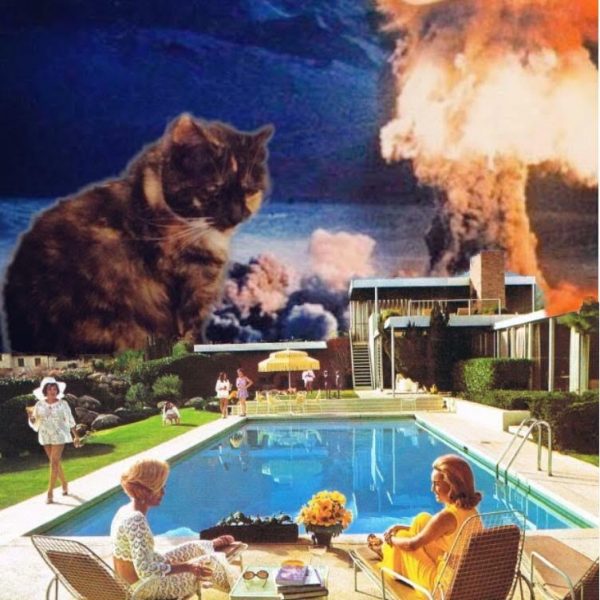 I grew up on a dead end street, each side divided into quarter, or fifth acre sections. At the end of the street was farmland, where cows would graze; beyond the paddocks the Waipa river, glistening and murky, and in the far distance: Mt Pirongia. It was rarely cold enough for snow to fall on that mountain.

It’s the late 1980s and I am a child. I climb up onto the roof of our house. A green roof, corrugated iron. I sit and look out into the distance. In the evenings it was especially beautiful. The sky would turn all kinds of muted pastel tones with flaming red-orange clouds, and there was a stacking of purples, which became lighter with each layer, these were the rolling fields, then foothills and then finally Mt Pirongia itself. Japonisme was big in the 80s and I thought to myself it must have been this kind of vista that inspired the ink wash paintings of Japanese landscapes.

Sitting on the same roof, looking west, instead of south to Mt Pirongia, was the massive range of hills that dominated the skyline of the township. The Hakarimata Range.

These hills are huge and stretched for kilometers either way. They affected the television reception; every television set in the town experienced ghosting. To the right of every on-screen element, was a ghostly afterimage.

This was caused by the electromagnetic waves carrying the TV signal being, first, collected by the aerial strapped to the red brick chimney, then made into the main image. Secondly, those same waves, travelling at the speed of light, would reach the hills. Some of the waves would bounce back and be collected by the aerial again and so be overlaid by our TV set. Ghosting: a visual echo.

In this way I watched President Reagan, and his ghostly afterimage announce the Strategic Defense Initiative. Lasers in space, to shoot down the Soviet nuclear intercontinental ballistic missiles, before they could strike, blossoming into mushrooms clouds and radioactive death. As a child, these were my Grimm’s fairy tales. Watching a MAD USA on the television, powerless to affect change, and hoping (and sometimes praying) that a nuclear war wouldn’t become a reality.

I had bad dreams about radioactivity. I turned to my parents for solace, but they, born in the late 40s, could not remember a time before the cold war. My father told me he too had bad dreams as a child. About the planes being launched. In his day atomic death was dropped from a B52 bomber.

Now it is the late 2010s, in six weeks time the USA may elect a man who, to me, seems an insane choice for president. There’s no ghosting now, the image is in HD. We have moved far beyond terrestrial transmission. Now news reaches me on a packet switched network with low latency, transmitted via satellite, or a single underwater fibre optic cables that links New Zealand to the world wide web, the internet, the information superhighway. To YouTube, to Twitter, to Instagram. To the BBC, to CNN.com

And I watch it, and I am powerless to affect change, and I hope (and sometime pray) that President Trump does not become a reality.

LaQuisha St Redfern is the drag alter ego of gender nonbinary identified Conrad (Connie) Johnston. LaQuisha lives on Space Station 1 in geosynchronous orbit about Wellington, New Zealand with her trusty pussy cat Cuddle Unit 5. Conrad was born and raised in Ngāruawāhia in the heart Tainui and the Kīngitanga. His whakapapa links him tribes in England and Scotland. LaQuisha, on the other hand, was born on the ballroom floor of an star-liner en-route to planet earth. How her mother missed the contractions is a mystery, she never could miss a party.