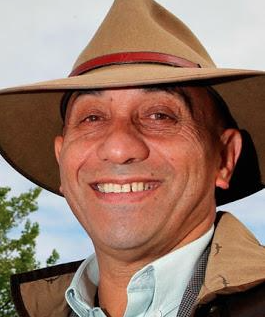 One of the benefits of being a political insider is that people tell you things. Often, things which the original source of the information would probably dearly have liked to keep secret. These little revelations help to make sense of wider and overt trends which many people notice, but which don’t necessarily make full sense in the absence of the ‘hidden’ information which puts them in context.

Part-way through last month, I became aware of a number of interesting things happening down in the Wairarapa electorate. This is a National seat (and these days arguably something of a ‘safe’ one), but with a local MP widely regarded as an aloof and out-of-touch carpet-bagger who spends most of his time in Wellington. So we’d presumably be unsurprised to see the Nats putting a bit of work in to campaign there next year.

But deploying massed ground forces THIS far out from the Election?

That’s a bit of an eyebrow-raiser.

And yet, that’s exactly what’s happening.

People down there have noted with bemusement and interest that the Young Nats have been out street-campaigning for their local MP for several weeks now. Clearly they’re going to keep building up from there for the next year or so.

So this tells us that the Nats are scared.

Well, that’s where the ‘surreptitious information’ bit comes in.

National commissioned a phone-poll of about ten thousand houses in the Wairarapa electorate. That’s the vast majority of them.

The results were, from their perspective at least, probably not the most encouraging. Somewhere about 73% of voters held an unfavourable opinion of Alastair Scott and were considering not voting for him. That’s a pretty strongly negative result.

Meanwhile, Ron Mark’s been steadily gaining ground all the while through solid hard graft and stellar constituency engagement. The meetings NZF have been holding in the Wairarapa electorate regularly pack out halls with hundreds. When I did a bit of doorknocking for Ron earlier this year, we found a fairly overwhelmingly positive response from people there for him.

But bear in mind that in 2014 Ron’s campaign was run ‘seat-of-the-pants’ style – announcing a few weeks before polling day, and contesting the race with a small (but highly proficient) campaign team.

2017 looks set to be thoroughly different, as not only does Ron now have the advantages of incumbency (after a sort, being the local List MP of note; as well as a nationally regarded leading Opposition MP), but his war-chest and crew of rampantly enthusiastic volunteers continues to swell.

Labour may also be looking for a new candidate to contest the next Election – but even if they stick with Kieran McAnulty, they face an uphill struggle to reverse the three consecutive electoral cycles’ worth of declining candidate vote which they’ve tended to have in that seat.

And besides, in a rural seat one simply has to ask the obvious question: which Opposition party is more likely to be able to win and capture the hearts and minds of defecting soft-National voters. A declining, fading former party of government which appears set to be eventually relegated to ‘minor party’ status … or the vigorously rising crew who’ve launched an effective (and evidently well-regarded) Crusade for Regional New Zealand.

So all things considered, National is definitely right to be scared. They face the unenviable situation of already having lost a single ‘safe’ seat to the NZF onslaught – and, perhaps more remarkably, being potentially set to lose another one.

Either way, New Zealand First is in a demonstrably strong position – and I, for one, can’t wait to see the mounting cavalcade of consternating terror from National towards us over the next twelve months.