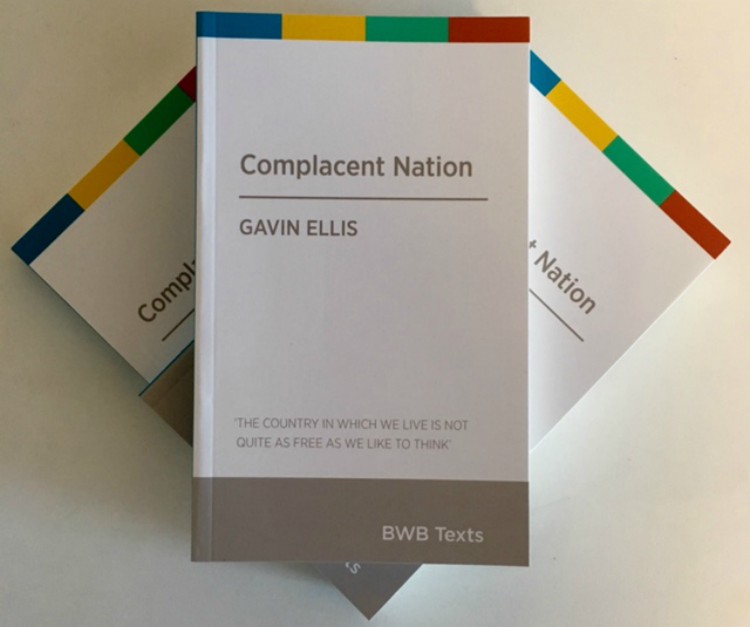 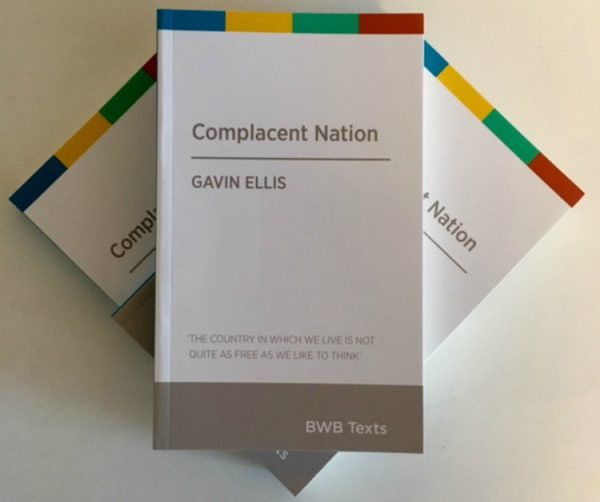 I remain haunted by the Havelock North water poisoning debacle.

As the news cycle moves on no-one seems to care about this abject failure of public health and local body governance. Does no-one worry about the prospect of another water poisoning event amidst hyper-intensive dairying, nitrogen run- off , waterway pollution, massive irrigation schemes and water acquafer depletion?

Are New Zealanders generally, too accepting of preventable disasters such as Cave Creek, leaky apartment complexes, the Rena grounding and Pike River?

In the same vein one might also ask whether news media, politicians and the public appreciate the fragility of our democratic freedoms? Gavin Ellis in `Complacent Nation` answers this question in the negative.

These criticisms are well documented.

We discover that the progressive intentions of the 1982 Official Information Act (OIA) have been subverted by the obstructions of government ministries and senior service officials. Obviously, Robert Muldoon as Prime Minister and Minister of Finance could frustrate individual OIA requests within the letter of the law. Ellis argues that today this subversion is institutionalised. When government ministries assess OIA requests the caveats of national security, public safety and maintenance of the law are supplemented, quite routinely, by political risk assessments. Will this release of official information reflect badly on the government? Cause the Minister embarrassment? Or provide ammunition for opposition parties? Within each department the Minister can intervene personally under the guise of presenting an opinion. Information requests often elicit written official replies which are bland, hard to follow and/or slow to arrive.

Census figures reveal that the number of print, radio and television journalists fell from 2,214 to 1,170 between 2006 and 2013. Ellis notes that remaining journalists must respond to print, broadcasting and digital platforms as news budgets contract. Unsurprisingly, tabloid news values have predominated. Ellis` front page,weekday survey of five metropolitan dailies (during January 2014) showed that 60 per cent of the New Zealand Herald`s lead stories were about crime or emergencies. The figures for the Dominion Post, the Waikato Times and Otago Daily Times were 52,56 and 40 per cent respectively. Christchurch`s Press devoted 35 per cent of the front page to such content (understandably, earthquake recovery stories were prominent).

According to a 2015 survey of 1900 television news bulletins undertaken by on-line news service Newsroom Plus, 24 per cent of TV One stories were devoted to crime and punishment;the figure for TV 3 was 32 per cent. (see civicsandmediaprojectnz.org). Ellis asks whether non crime-related news events of relevance to New Zealanders were adequately covered. He generally concludes that `society is struggling to maintain the distribution of democratically significant information and meaningful debate to large scale audiences` (p22).

The rapid growth of public relations professionals worsens the problem.

As of 2015 they outnumbered print, radio and television journalists 3 to 1. And, as news room resources declined journalists became more dependent upon public relations material for stories. Government ministries and other organisations insist upon written contact with the media. Ellis refers here to the Auckland District Health Board`s media manual. Only designated people can speak to the media and such statements must be checked in advance by communication managers.

Massey University researcher Catherine Strong found that of the 43 city and district councils sampled almost 25 per cent had codes of conduct which prevented elected councillors from publicly criticising their council (p74).

Within Crown Research Organisations Ellis notes that that contract law provisions discourage scientists from speaking out. During the 2012 Fonterra botulism scare for example, all communication was channelled through the senior Fonterra executives,the head of Agresearch and the director-general of the Ministry for Primary Industries. Journalists could not get to scientists and they were discouraged from commenting publicly.

For investigative journalists freedom of expression is always under threat. Here, Ellis recounts an attempt by the New Zealand Defence Force to undermine the credibility of Jon Stephenson who had reported on New Zealand`s military activity in Afghanistan. After publication of his Auckland Metro article `Eyes Wide Shut` the Ministry falsely claimed that a key interview was fabricated and Prime Minister John Key attacked the journalist. Eventually, after Stephenson bought defamation proceedings against the New Zealand Defence Force and its then Commander in Chief Lieutenant General Rhys Jones, an out of court settlement was reached. Ellis asks whether `the episode will have a chilling effect on other journalists who wish to report on our military and its operations` (p86).

Equally concerning was the ten-hour police search of author Nicky Hager`s residence following the publication of `Dirty Politics`. In an attempt to identify a confidential source, documents and computer equipment were seized. Hager`s bank ,telecommunications and on-line records were surveilled. Ellis argued at the time that the police actions would act as a disincentive to potential sources and encourage journalists to limit their dealings with whistleblowers. Disturbingly, he noted that journalists working at home on sensitive topics may feel `they are putting the well being of their families at risk` (p89).

Overall, Ellis`s concerns are entirely valid and well explained. I think though that our predicament maybe worse than he suggests.

From the mid 1980s the Fourth Labour government and the 1990 National government destroyed Keynesian social democracy and damaged the principles of liberal democracy. Key events here included the elevation of Treasury to super-ministry status and the insulation of the Reserve Bank from party-political scrutiny .

The 1989 Reserve Bank Act substituted monetarist for Keynesian macro-economics without any electoral mandate. The same can be said of the dismantling of the old public service,this is when cynicism toward the OIA really became entrenched.

The privatisation agenda between 1989 and 1993 was not openly discussed with the electorate either. The deregulation of broadcasting and the removal of foreign restrictions on media ownership sharply increased commercial pressures on news and current affairs content . And, it was during this era that public relations and communications management began to spread like a disease throughout the country.

The introduction of MMP was the only countervailing trend. In retrospect it is clear that Helen Clark`s government after 1999 did not really challenge the fundamentals of neo-liberal economics; the Reserve Bank Act remained and so called `free trade` agreements were enthusiastically endorsed despite their threats to New Zealand`s economic sovereignty. On macro-economic matters there was no real dispute between the National and Labour parties. And, crucially, when National gained office in 2008 there were no institutional impediments to the further erosion of liberal democracy.

Ellis catalogues this erosion without providing the necessary historical context. Neither does he address the contributions of the Prime Minister. If New Zealand is a complacent nation then John Key himself is a paragon of complacency -`I’m comfortable with that`. His leadership of the country is premised on a complete lack of interest in democratic niceties; just get the deal done and let the academics argue over the consequences.

One should also acknowledge that the actions against John Stephenson and Nicky Hager do not just threaten journalistic autonomy; they also reflect the workings of an executive state apparatus with distinct authoritarian tendencies.

This brings me back to the Havelock North water poisoning. The sheer lack of public accountability from health authorities, the general passivity of the government and the lack of practical know-how about the basics of water reticulation within the Hastings council raises a bleak prospect. If the poisoning of thousands happens again it will not slow the demise of liberal democracy in New Zealand.